The Nexus 6P was one of the most anticipated phones of 2015, and even today remains a great device. Featuring a big 5.7-inch Quad HD display, super loud front-facing speakers, Android 6.0 Marshmallow and an all-metal unibody design, this high-end Nexus phone is certainly an attractive device even in 2017. Just because it’s made mostly of metal, though, that doesn’t mean the device is impervious to bumps and scratches. Thankfully, that’s where a good case can come in.

We’ve rounded up some of the best cases you can buy for the Nexus 6P and listed them below in no particular order. Instead of bringing you another ordinary TPU case, RhinoShield is a startup company that focuses on material innovation and so the magic behind the RhinoShield CrashGuard Bumper is its custom formulated polymer that keeps it super slim while, lightweight at half an ounce, and gives it 360-degree impact protection. The RhinoShield CrashGuard Bumper is also easy to grip thanks to its matte texture, and all the ports have precise cutouts making it easy to access to all buttons and features for convenience. 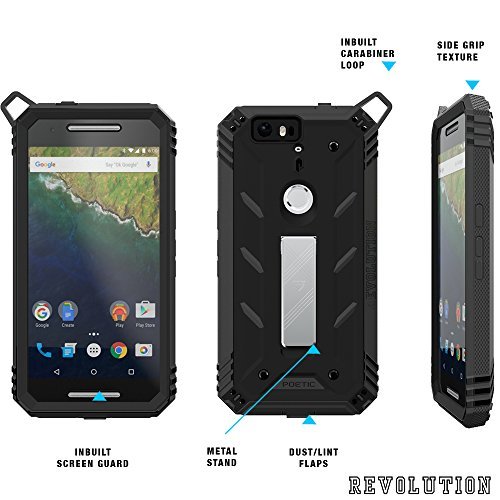 Introducing the Premium Rugged Protective Case for Huawei Nexus 6P by Poetic. A revolutionary X-form design that combines ruggedness and a slick form factor. Carefully crafted with advance and premium TPU polymer and sturdy polycarbonate. It also includes a PET Screen protector that protects the smartphone screen from scratches and scuffs. Detailed attention to its ergonomics providing comfort in the hands. Side grip textures have been provided to help enhance the grip and reduce dropping of your smartphone. The front lip of the case are raised to provide additional protection against surface scratches. All ports are covered by our unique plug design that prevents dust from entering into them. All this is packed into a supremely engineered thin design that is indeed a revolution. 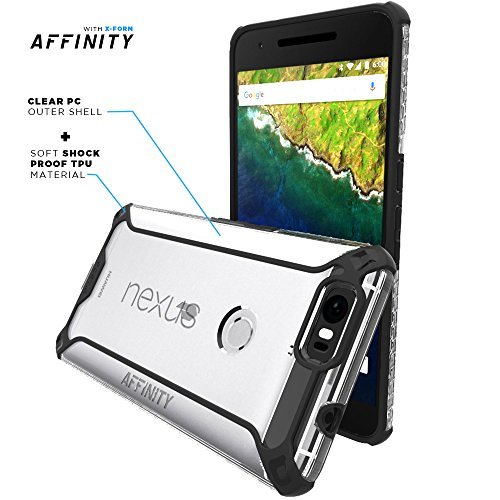 Futuristic design and protection! Introducing the Affinity Series Protective Bumper Case for the Huawei Nexus 6P by Poetic. Constructed with premium quality material made with polycarbonate and a combination of thermoplastic polyurethane for modern styling. This case offers drop and scratch protection technology using the x-form architecture. Side grip pattern to prevent your device sliding out of your grip. Raised edges to prevent scratch on screen when laid face down. 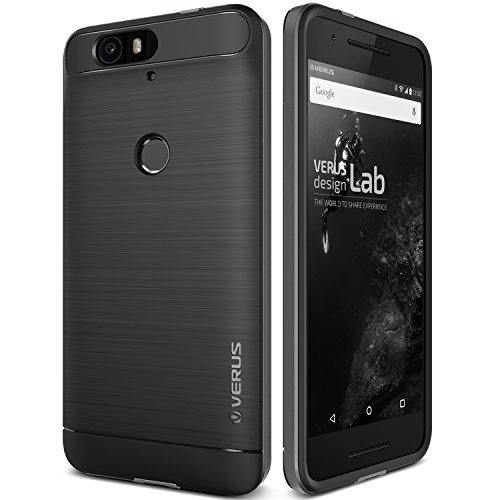 The High Pro Shield For the Huawei Nexus 6P is considered one of the top of the line product made by Verus. Combining the ingenious design of full protection by enclosing the whole smartphone with a brushed aluminum back bumper panel to prevent inevitable impacts. The case protective bumper is made from durable yet soft thermoplastic polyurethane (TPU). All four corners have raised edges to prevent the screen from getting scratched when laid face down. The minimalistic approach for this case is so appealing giving it an elegant look.
Buy At Amazon 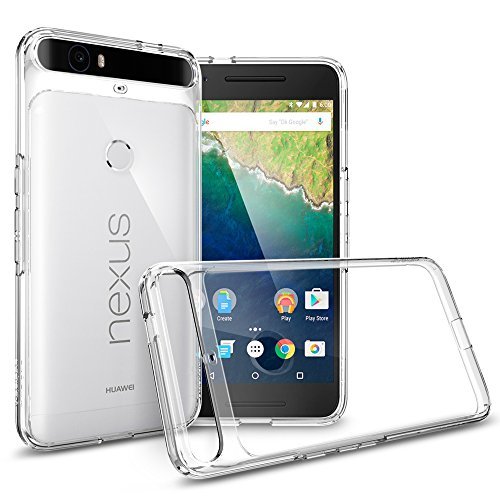 Quality built and authentic brand! Introducing Ultra Hybrid Crystal Clear Bumper for the Nexus smartphone by Spigen. If you are worried about damaging your smartphone from daily use, this case will provide that protection against scrapes and scuffs. This case is made with premium and sturdy TPU and PC material that is clear yet tough. Precise opening of ports and buttons have been placed for convenience. Camera protection is provided by a lifted back design.
Buy At Amazon Cases today are a trendy option for a protective cover for your smartphone. Introducing the Crystal View Bumper case for the Huawei Nexus 6P. Transparent, simple yet provide optimum protection. from daily damages such as scratches, bumps and scuffs. Case is made with ultra slim transparent Thermoplastic Polyurethane with Active Touch Technology allows easy and natural access to all essential ports and buttons. Active Touch Technology buttons are specially designed for a more natural responsive feel when pushing the volume and power button. Rounded sides and perfectly contours edges protecting against edges. Tight grip on all sides for better handling.
Buy At Amazon 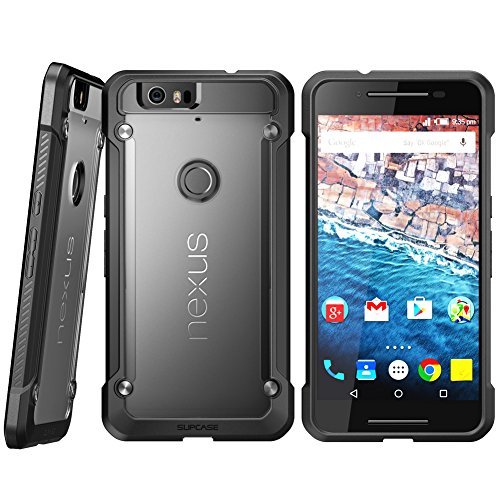 How far would you want to protect your smartphone? Far enough to protect it from harsh environments? Introducing the Hybrid Protective Unicorn Beetle Series by Case SupCase. Made from premium and sturdy thermoplastic polyurethane material and hard polycarbonate materials to ensure great protection. All features are accessible because the cutouts are cut precisely for convenience. It is easy to remove and install because of its snap-on design. Sporty design with multiple color options available.
Buy At Amazon Slim and Flexible Design! Introducing the Rugged Armor Case for the Nexus 6P by Spigen. Case is a one-layered Thermoplastic Polyurethane (TPU) made that is slim yet flexible. The finish of this case has a glossy accent in combination with carbon fiber texture. It has a raised lips in front of the case for added protection against scratches when your smartphone is laid face down. This flexible case can protect your smartphone from scratches, scuffs, bumps and shocks. All ports and buttons have precise cutouts for convenience. The Nexus 6P has a USB Type C port which means you need special accessories. If you like to charge your phone in your car then look no further than the CHARGED USB Car charger that has 4 ports including a Type USB C. Priced currently for $19.87 at Amazon.

Disclosure
E-Commerce Content is independent of editorial content and we may receive compensation in connection with your purchase of products via links on this page.

The Best
Tagged:
Google, Google Nexus
GoogleGoogle Nexus
Comments
Read comments
You Might Like
‘OK, Google’ is broken for some Wear OS smartwatches (Update: Google response)
by Jon Fingas21 hours ago
Fitbit might be working on a super-cheap subscription plan (Updated)
by Adamya SharmaFebruary 24, 2021
Advanced haptics are coming to Android with Qualcomm’s help
by Jon FingasFebruary 23, 2021
Android’s spring feature rollout includes a Google Maps dark mode
by Jon FingasFebruary 23, 2021
Latest
YouTube not working? Here’s what you can do to fix it (Update: Outage)
by Mitja Rutnik14 hours ago
How to print from your Android phone or tablet
by Edgar CervantesFebruary 22, 2021