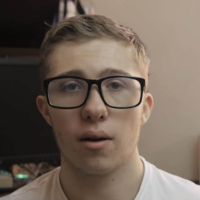 The Xiaomi Mi 9 has been out for just over five months now and it’s my firm belief that it’s one of the most underrated phones on the market. Despite its amazing value, here in the U.K. the Mi 9 is criminally overlooked.

As a university student, value is incredibly important to me, and after using the phone as my daily driver for a little while, I want to show some love to the often ignored budget flagship that unfortunately sits buried underneath a pile of loud and exciting new devices. Remember when OnePlus offered top tier specs for ridiculously low prices? Xiaomi is smashing the BBK company in that department right now. Not that you’d know, because OnePlus’ voice seems to have a far greater reach than Xiaomi’s in the U.K. and Europe. While Xiaomi’s growth in Europe has been rapid, the OnePlus brand’s “flagship killers” carry a certain prestige and rabid fan following that eludes the superior value Mi 9. And you can’t argue with the price-performance ratio offered by the Mi 9. For under £400 you get a flagship Qualcomm processor and 6GB RAM paired with 64GB storage, which is more than enough and keeps the phone running buttery smooth without a hitch. I have even started playing some mobile games in my spare time, since the Mi 9 can handle them with little effort. This is just another example of where the Xiaomi Mi 9 performs well and you don’t notice it. The device doesn’t produce crazy figures in benchmarks or unseen FPS figures, it blends in with the crowd, to its detriment.

Many people look at the four-digit long string on the spec sheet to determine what kind of battery performance they should expect, but it’s not always that simple. A 3,300mAh battery looks tiny compared to the 4,000mAh we’re used to seeing on similarly-sized phones. However, MIUI’s battery management tools make the cell feel larger than it really is — I get a full day of usage without issue. This also means that the phone manufacturer can fit more tech into the chassis since less of the phone is being taken up by battery cells.

On top of this, the Mi 9 also offers fast charging in the form of Quick Charge 4+. This means speedy top-ups at 27W. Want wireless charging? Well, Xiaomi has you covered on that front, too. 20W fast wireless charging is built into the device, which is faster than the Huawei P30 Pro, Samsung Galaxy S10 5G, and the iPhone Xs. Despite this, Xiaomi’s superior charging tech doesn’t get anywhere near as much lip service in tech circles. Things get even better in the camera department. How many phones at this price give you three great rear camera sensors with different focal lengths, including a flagship Sony IMX 586 48MP main shooter, a 12MP telephoto sensor, and a 16MP ultra-wide camera? These extra circles on the back aren’t just for decoration and to flesh out the spec sheet, they’re the real deal and the results speak for themselves. Ultra-wide cameras are now a necessity for me, and so many phones at this price point have missed out on them in the past. The Mi 9 doesn’t just bring that focal length to the table, but quality, along with it.

The Mi 9 might not be pretty to everyone, but its utilitarian minimalism is bliss to me. It makes me feel like I have everything I need right there in my hand. No frills, no extra clutter, and no gimmicks. The 6.39-inch AMOLED display is excellent, delivering great colors, deep contrast, and good viewing angles, too. The water-drop notch is unintrusive and the chin is super thin. While we’re talking about the physical features of the Mi 9, having a Google Assistant button is really handy, as is the subtly curved glass back. It’s the little things, too — from the fairly skinny chin at the bottom, to the well placed notification LED, in-display fingerprint sensor, IR blaster, and 960fps slow-motion. Some of these are rare even in high-end smartphones and here they are in a phone with a mid-tier price point, and yet, again, no one is talking about it. I also really miss notification LEDs in high end smartphones in 2019. The fact that I barely need to glance down at my phone to see that I have a notification is a huge deal for me, and the Mi 9 has it.

I also want to clear up one of the big complaints thrown at the phone — the software.

MIUI has come on leaps and bounds.

MIUI has been known, in the past, to be a mess, with ads in certain areas of the OS and a lot of bloat applications. Thankfully, in Europe, we don’t get in-OS ads, and the over-the-top aesthetic changes have been toned down to create a much cleaner looking interface. There’s also a dark mode which I’ve been taking advantage of. Software, in my mind, is no longer a concern for Xiaomi Mi-series devices. Xiaomi listened to the community and improved its product, but again, Xiaomi has received zero credit.

MIUI has certainly come on leaps and bounds in recent months, and there are ways to fix the remaining niggles. I use Nova launcher on my Mi 9 to combat the app drawer-less home screen and the Borealis icon pack to add a bit of style. In the affordable flagship market, Xiaomi has stiff competition. OnePlus, Asus, Honor, and even Xiaomi’s Redmi brand. The Zenfone 6, in particular, got heaps of hype for its flip-camera mechanism and large 5,000mAh battery. OnePlus draws eyes from around the world for every release. Redmi’s K20 Pro is marketed for its great pricing. All of these drown out the best all-round phone in the class, the Mi 9.

Ironically, Xiaomi's successful Redmi and Pocophone sub-brands have overshadowed its own flagships.

Of course, there’s also the newly released Mi 9T, which is a more affordable, slightly downgraded, but even classier spin-off of the Mi 9. I gave the Mi 9T a glowing review and I think it loudly demonstrates Xiaomi’s excellent skill of making all-round great smartphones. But it too shares the problem of being overlooked while the Redmi K20, its counterpart for the Indian market alongside the more powerful K20 Pro, is catching fire. The K20 looks set to perform far better in India due to brand recognition. It’s a real shame that the same can’t be said for Europe and ironically, in creating popular sub-brands in both Redmi and Pocophone, Xiaomi has effectively overshadowed its own mainline Mi series.

There are a few problems with the original Mi 9. It’s not a perfect phone, but it’s grossly underrated, not only because of its hardware, but because the smartphone market’s rapid release schedule leaves no room for subtlety. Next to flashier phones with aggressive marketing and excessive pre-launch hype, the Mi 9’s understated brilliance never stood a chance.

It’s a fantastic platform, and for me, its vast array of hardware features outweighs the compromises. If you’re looking for the best value for money phone with top-tier specs, the Mi 9 is it.

Opinions
Tagged:
Xiaomi, Xiaomi Mi 9
XiaomiXiaomi Mi 9
Comments
Read comments
You Might Like
Redmi Note 10 review: The everyday workhorse
by Dhruv Bhutani8 hours ago
Report: Huawei falls out of the top five as everyone else grows in Q1 2021
by Hadlee SimonsApril 20, 2021
Camera shootout: OnePlus 9 Pro vs Xiaomi Mi 11 Ultra
by Eric ZemanApril 17, 2021
OnePlus 8T vs Xiaomi Mi 10T Pro: Similar performance, different approach
by Dhruv BhutaniApril 15, 2021
Latest
The best Motorola phones you can get in 2021
by Ryan HainesApril 19, 2021
How to switch from iPhone to Android: Sync your contacts, photos, and more!
by Edgar CervantesApril 19, 2021