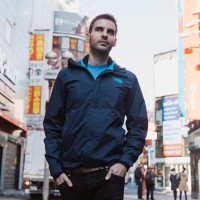 OnePlus has changed a lot in the past two months, perhaps more so than at any other point in its six-year history. In October, we saw the company release three new phones and say goodbye to co-founder Carl Pei. The month before, it came out with its first Nord phone and a dramatic and controversial redesign of Oxygen OS.

Before 2020, OnePlus had a singular focus on the enthusiast market and it seemed like that approach was paying off. The Shenzhen brand saw its best-ever growth in the US market last year on the back of its first true premium flagship — the OnePlus 7 Pro.

So, why the sudden change in strategy toward the end of 2020? You don’t have to look far for an answer. In 2019, not a single OnePlus handset broke into the list of top-selling phones that year. And when it comes to overall shipments in 2019, OnePlus was a non-entity. What you do see in those lists is the presence of Oppo. The two companies have never been very transparent about their relationship, but the consensus is that they’re both subsidiaries of BBK Electronics, a Chinese multinational that also has Vivo and Realme under its wing. BBK isn’t a household name outside of China, but the company is a powerhouse nonetheless. When you combine the output of Oppo, Vivo, and Realme, BBK ships as many or more phones than Huawei, which briefly passed Samsung as the top phone maker in the world this past summer.

Related: A history of OnePlus

You have to imagine that BBK isn’t content with merely being the second biggest phone OEM in the world. From that perspective, OnePlus is something of an underutilized asset. It has a foothold in the US and India, and none of the stigma that has accompanied other Chinese players into those markets. In other words, it’s the perfect vehicle to push BBK to the number one spot. And so we’ve seen OnePlus start to transform to meet those ambitions. Yet, in the process, OnePlus has become more like Oppo, Vivo, and Realme, and started to lose much of what made it unique in the first place.

In 2020, OnePlus released as many budget devices as it did high-end phones. That's telling.

Nowhere is that change more apparent than in the company’s recent output. Between the Nord, Nord N10, and Nord N100, OnePlus released as many budget devices as it did high-end phones this year. That’s saying something for a company that hasn’t dabbled in the budget space since the OnePlus X back in 2015. It is just one sign of the increasing Oppo-ification of OnePlus. You expect Oppo to release tons of mid-to low-end devices each year, perhaps with the occasional flagship like this year’s excellent Find X2 Pro. Meanwhile, the OnePlus brand’s goal seemingly wasn’t to shift units but to garner prestige and grow its fervent fan base. That appears to be changing.

There’s nothing inherently wrong with this new strategy, of course. On paper at least, all three Nords look like decent phones. However, they’re emblematic of OnePlus’ shifting priorities. The N100, in particular, says a lot about where OnePlus is as a company at the moment. Nothing about the phone aligns with its past priorities. In fact, in a lot of ways, it’s a step back from where OnePlus was just a year ago. You don’t have to benchmark the N100 to know it won’t be a fast phone, but there’s more to it than that. The N100 also sees OnePlus return to one of its worst tendencies. It pulls the majority of its components and design cues from an existing Oppo device. This is something OnePlus used to do with its flagships but eventually stopped as its high-end phones became more expensive.

In this case, however, the N100 is a near-identical copy of the Oppo A53. Both handsets feature Snapdragon 460 chipsets, 5,000mAh batteries, and 90Hz displays. The way OnePlus has treated the N100’s 90Hz display should tell you everything you need to know about how OnePlus feels about it’s most affordable phone yet. Before we got our hands on the N100, the promotional material for the phone suggested it didn’t feature a high refresh rate screen. Then we found out it does have one. The company’s inconsistent messaging is telling: OnePlus almost certainly knows the N100 doesn’t live up to its usual performance benchmark, especially in 90Hz mode.

The N100 might be the new OnePlus at its worst, but it’s by no means the only sign of a changing company. In the past, you could depend on OnePlus to deliver a simple and easy to understand lineup. Not so much anymore. Take the original Nord. By all accounts, it’s one of the better phones OnePlus has released recently, but it’s not available in North America. Instead, we’re getting the very similar N10 and the not-so-compelling N100. Then there’s the OnePlus 8T. It’s closer to the original Nord than a flagship in many ways. In the US, you couldn’t tell that by looking at its $749 price tag.

At least with the new phones, you can choose not to buy them if you feel they’re not for you. But what if you already have a OnePlus device? Well, you’re starting to see changes there too.

Through much of its recent history, the company has made a lot of its “burdenless” approach to software. “In design terms, a focus on beauty in simplicity, with no unnecessary features added,” OnePlus CEO Pete Lau said when he detailed the ethos in a 2018 blog post. Two years later, the company has abandoned that approach in favor of one that puts it in line with most other Android OEMs.

Prior to the release of Oxygen OS 11 in September, what made the company’s software compelling was the near-stock Android experience it offered. That’s not to say the software was free of any additions. In fact, with features like Zen Mode, OnePlus has made plenty of tweaks to give Oxygen OS its own identity. For a time it felt like the company was adding to the operating system in a way that felt thoughtful and restrained.

Read more: OnePlus interview — behind the scenes with the controversial Oxygen OS 11 update

Not so with Oxygen OS 11. Yes, it added features that people have been asking for years, but it did so at the expense of what made Oxygen OS unique. It now looks like any other Android skin, with features and design quirks seemingly lifted from Samsung’s One UI and, tellingly, Oppo’s Color OS 11 redesign.

You could also expect OnePlus to back up its devices with one of the best update policies in the industry. If you bought the OnePlus 3 or 3T, your phone ended up receiving four platform updates from the company. With the N10 and N100, you can expect one major upgrade and then that’s it. Granted, those two phones aren’t flagships, but they deserve more than the bare minimum of support. Older flagships aren’t faring much better either. It took OnePlus the better part of six months to patch the OP5/5T’s broken Oxygen OS 10 release.

OnePlus once also prided itself on not pushing bloatware on its users, and that too appears to be out the window. Over the summer, new OnePlus phones started shipping with Facebook services preinstalled. It was only when the OnePlus community took to Reddit and other social media platforms to complain that OnePlus backtracked — but only partly. There was also the bizarre situation where OnePlus was pushing the Amazon shopping app to devices via OTA.

In some ways, it’s difficult to fault OnePlus for its many strategic shifts in 2020. At least as an outsider looking in, the company is finding success. The Nord is reportedly the top-selling mid-range phone in India, and it has carved out a niche for itself in the wider Indian market. Moreover, no company is immune to change, particularly one that recently saw one of its co-founders leave to try something new.

But you have to ask yourself how sustainable is this approach? OnePlus built a passionate fan base by offering something different from the Samsungs and Oppos of the world. It was the company’s competitive edge.

Oppo's DNA could further bleed into OnePlus' in the coming months and years.

With Pete Lau taking on a senior leadership position at OPLUS — a new and supposedly independent entity of BBK that will oversee both OnePlus and Oppo and focus on “brand synergy” — in addition to his continued leadership of OnePlus, you can likely expect the two companies to further bleed into one another. We’ll have to wait and see to find out if Oppo’s influence on OnePlus changes the company for the better. Nevertheless, underwhelming devices like the OnePlus 8T and Nord N100 are not a great sign that the company has a solid idea of what its identity should be moving forward.

Opinions
Tagged:
OnePlus, Oppo
OnePlusOppo
Comments
Read comments
You Might Like
Second Oxygen OS 11 beta update rolls out to OnePlus Nord
by Adamya Sharma7 hours ago
Leak: Here’s how the OnePlus 9 series displays could differ
by Hadlee Simons13 hours ago
Color OS 11 based on Android 11 is here: Everything you need to know
by C. Scott BrownJanuary 23, 2021
OnePlus Watch: All the rumors and what we want to see (Updated: Jan. 22)
by Adamya SharmaJanuary 22, 2021
Latest
Save over $600 on the Galaxy Z Flip, and more Samsung Galaxy deals
by Matt Horne15 minutes ago
Verizon finally offers a prepaid plan with 5G Ultra Wideband
by Jon Fingas1 hour ago