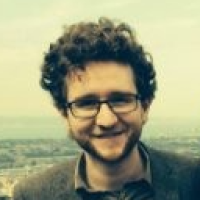 This week we finally received concrete details on Google Stadia, including pricing at 10 bucks a month. This gives you access to 4K 60fps streaming and Destiny 2 with its expansions, with more free titles to come. Plus, there is a free service launching in 2020, which gives unrestricted access at a slightly lower quality. You still have to pay for each game of course, but access to the service is free.

The free service hasn’t been given much attention, but it has the potential to be a game-changer for multiplayer gaming. The argument that Google Stadia games can’t be played offline is fair, but the point is moot when you’re talking about Fortnite, PUBG, Overwatch, Hearthstone, or any other multiplayer game. Even if you have the hardware to run them, you’re out of luck if you don’t have an internet connection.

It’s true that Google Stadia isn’t a one-size-fits-all solution for gaming, but since the free version allows you to play online games without paying an additional monthly fee, it has a leg up on traditional consoles.

To say multiplayer games are among the most popular games in the world would be an understatement. Of the 10 most popular PC games of April 2019, nine require an internet connection to play. The other is Minecraft, which offers a much better experience online. The lists for Xbox One and PlayStation 4 aren’t much different. To get an idea of the cost of playing console games online, let’s use Overwatch as an example. In order to play on the Xbox One or PlayStation 4, you need to buy the game and pay for Xbox Live Gold or PlayStation Plus. That’s an extra $60 dollars a year (or more if you pay monthly), plus the cost of the game and console. This raises the total cost of entry to well over $300. Even a free game like Fortnite requires most of these purchases and becomes unplayable without paying the yearly fee.

Nintendo Switch Online is slightly cheaper at $20 a year, but you’ll still have to pay extra to play with your friends online. It’s simply standard practice for consoles, and most gamers pay the cost without giving it a second thought.

It’s worth noting that all three existing console services do give subscribers “free” games every month as part of the subscription fee. Your mileage may vary on the worth of these titles as users don’t get a say in which games are offered each month. You might love them all, or you might only like one or two of them across an entire year span. Regardless, for those that just want to pick up and play online with friends, only Stadia will let you do this after paying the one-off fee for the game or downloading a free-to-play title with absolutely no caveats .

In fact, with Google Stadia, you can play any game you buy for free at 1080p, which is more than enough for a multiplayer game. This means that you only need to pay for a game once in order to play it wherever you want (given you have a good enough connection).

It’s still too early to proclaim Stadia the winner here, after all the service may not live up to expectations. But with the promise of even cooler multiplayer features in the works, Stadia might become the best (and cheapest) way to enjoy playing console-level games with friends.

Would you drop your console for Stadia to play multiplayer games, or are you too skeptical of performance? Let us know in the comments!

Opinions
Tagged:
Google Stadia
Google Stadia
Comments
Read comments
You Might Like
Google Stadia games — Here’s the full list
by John CallahamJanuary 24, 2021
Google Stadia: Everything you need to know
by John CallahamJanuary 16, 2021
Get a free Stadia controller and Chromecast if you buy Cyberpunk 2077 (Updated)
by C. Scott BrownNovember 19, 2020
Get a free Stadia Premiere Edition bundle (YouTube Premium members in US/UK)
by C. Scott BrownNovember 10, 2020
Latest
The best smartwatches you can buy (January 2021)
by Jimmy Westenberg21 hours ago
How to run Android apps on your Chromebook
by Mitja RutnikJanuary 25, 2021