Welcome to the 286th edition of Android Apps Weekly! Here are the big headlines from the last week: 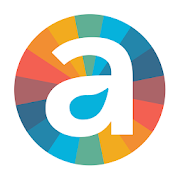 Price: Free / $3.99 per year
DOWNLOAD ON GOOGLE PLAY
Atmosphere Weather is a slightly different weather app. It features a unique UI with a lot of potentially useful info, including a weather radar. You get a quick, simple 24-hour view of the forecast. The developer says that helps facilitate easier decision making about plans and a larger focus on presentation rather than raw information. It takes a minute to get the hang of it. However, it's quite an eloquent system. You can get more information from other weather apps if you need to see all of that data for various reasons. Atmosphere Weather is a decent, simple weather app. It runs free with ads or ad-free with a $3.99 per year subscription. We have no problems with either option. We would like to see a weather widget or two in a future update, though.
DOWNLOAD ON GOOGLE PLAY 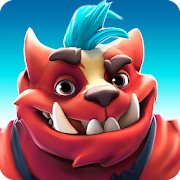 Price: Freemium
DOWNLOAD ON GOOGLE PLAY
Monsters With Attitude is an online brawler game with heavy PvP elements. It features PvP combat with up to eight players simultaneously. Players smash things, each other, and cause general mayhem as they fight. It also uses a size mechanic. The larger your character grows, the more damage it does to smaller players and the environment around you. It honestly plays a lot like IO games (Agar.io, etc), but with better graphics and a more fun premise. The game has some optimization issues as well as some bugs to fix. However, it has a lot of promise as an online arcade brawler.
DOWNLOAD ON GOOGLE PLAY 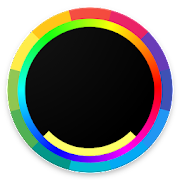 Price: Free / Up to $23.99
DOWNLOAD ON GOOGLE PLAY
Energy Ring is a customization app for Galaxy S10 owners. It turns the front facing camera cutout into a battery monitor. Last week, we talked about Hidey Hole. It has a bunch of wallpapers for the camera cutouts. Energy Ring has a little more functionality, though. You can lightly customize it if you want to. It doesn't use a ton of battery and you can get some neat animations if you're plugged in and charging. It currently only works with the S10 and S10e with S10 Plus support coming later. We're quite happy with how the customization community has embraced the punch hole camera. It's actually kind of fun.
DOWNLOAD ON GOOGLE PLAY 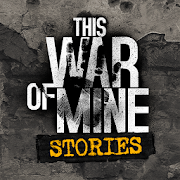 This War of Mine: Stories - Father's Promise

Price: $1.99
DOWNLOAD ON GOOGLE PLAY
This War of Mine was our pick for the best Android game of 2017. The developer still has more content for the game and this is a standalone DLC for This War of Mine. You play as a father. You try to get your daughter out of the horrors of war by escaping a besieged city. It features harrowing story line rife with difficult decisions that should leave you feeling emotionally drained. There is also a crafting, cooking, and morale system to make sure everyone makes it out healthy. Spoiler, that's not going to happen. It's a great experience for only $1.99.
DOWNLOAD ON GOOGLE PLAY 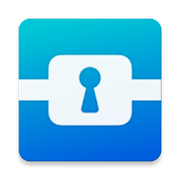 Price: Free
DOWNLOAD ON GOOGLE PLAY
Firefox Lockbox is a new, free password manager from Mozilla. It works like you would expect. You put passwords and usernames in the app. It remembers these and fills in forms for you on your smartphone or tablet. It syncs with Firefox's password manager so those who use Firefox should get your stuff available immediately. However, this is very much a work-in-progress. The app has quite a few bugs, including syncing issues and auto-fill issues. It will no doubt get better over time. However, we don't recommend you hop off of LastPass just yet, though.
DOWNLOAD ON GOOGLE PLAY Thank you for reading! Try these out as well!

If we missed any great Android apps or games news, updates, or releases, tell us about them in the comments! You can also click here for our latest Android Authority podcast episodes!