Is the Pixel 3a what Google Pixel should have been from the start? 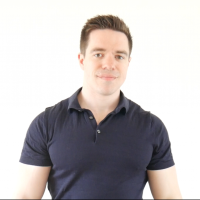 The Google Pixel 3a and Pixel 3a XL have garnered a lot of buzz for mid-range handsets. You don’t see this commotion over Samsung’s A-series phones or other “middle-of-the-road” devices. Why is that?

Google meets us in the middle

The Pixel 3a is probably best categorized as an “affordable flagship,” although this term is increasingly broad and all-encompassing these days. Google is now rubbing shoulders with the likes of Pocophone F1, Asus ZenFone 6, and Honor 20 Pro. They all offer very different experiences, but their defining trait is that they all find a sweet spot between top-end features and price.

This type of phone is understandably extremely popular, allowing users to choose the features they care about without the premium price tag. That’s a perfect strategy for a product line like Pixel, that has really always been about the camera — one of the areas where “affordable flagships” fall behind.

You might also be tempted by a Google phone if you want the purest Android experience possible and the quickest updates possible. That’s especially key for developers who want to get quick access to beta versions of the OS as they launch.

So, if you like these features on a Pixel but you don’t have a huge budget, you now have a strong option.

Of course, offering vanilla(ish) Android at a reasonable price is what the OnePlus line has been doing for a while now. OnePlus doesn’t have quite the same camera chops, though.

But even the OnePlus line wasn’t the first to balance top-tier hardware, clean software, and a modest price tag. Many of OnePlus’ most hardcore fans are grieving Nexus owners, left with nowhere else to go after Google stopped commissioning those phones. When it comes to affordable performance and stock Android, Nexus was the OG. Why pay more for extra fluff that only distracts from a purer Android experience?

Until now, if you wanted a device like the Nexus of old you essentially had two options: the flagship Pixel phone or a OnePlus phone. The former was significantly more expensive and came with a few hardware hiccups that were perhaps symptomatic of Google’s inexperience with in-house phone hardware manufacturing. The latter’s OxygenOS skin isn’t quite stock Android, and OnePlus’ phones have seen a bit of price creep in recent years, capped off with the recent release of the brand’s first premium phone, the OnePlus 7 Pro.

With the Pixel 3a, Google might be reclaiming the crown it abdicated when abandoning the Nexus line. It just makes sense for the company to try and recapture some of those old fans, all while simultaneously freshening up the affordable flagship category.

Everything you need, nothing you don’t

The Pixel 3a packs some pretty decent specs for the price, although not outstanding. It’s certainly enough for most use cases. The battery isn’t overly impressive on paper either, but considering the close software and hardware integration, this isn’t a huge issue.

Other costly features have also been left on the factory floor, such as wireless charging and water resistance. The body is also made from polycarbonate, instead of glass, like so many Google Nexus phones before the Pixel 3a. For many, these shortcomings won’t drastically impact day-to-day use.

Other costly features have also been left on the factory floor

More importantly, the Pixel 3a keeps up with the main Pixel series in all the ways that matter: the excellent software and the wonderful camera. On paper, the single 12MP, f/1.8 aperture shared by the Pixel 3 and Pixel 3a is nothing to write home about. But if you’ve read any commentary on these devices, then you’ll know that the reality is quite different. Google’s phones are widely regarded as having the best cameras around.

Google uses AI to improve its image processing and its selfie mode, to the point that it doesn’t need a secondary depth sensor in order to pull off some the very best portrait photography.

Opinion: What’s the point of the Google Pixel 3a?

The low-light performance is fantastic and in regular lighting so is contrast, detail, color reproduction, and the rest. These phones take reliably excellent pictures, almost every time.

And that’s all here like with the regular Pixel 3, but in a much more affordable package. This is pound-for-pound the best camera you can get for the price. The Pixel line never quite felt like a true flagship in some ways. The design didn’t have the premium appeal that phones like the Samsung Galaxy S line or iPhones of the world did. While the camera has always been outstanding, the lack of truly innovative new features felt like a disappointment for some who expected more from Google’s first proper foray into hardware.

This is what Pixel should have been from the very beginning.

It’s those things that make me feel that perhaps the Pixel line was always best suited to a lower price category. Why not make these phones true successors to the cult classic Nexus devices of old? Why not focus attention on the two things — software and camera — that Google seems to be doing better than anyone? Why bother to compete with overpriced handsets at all?

Do you think the Google Pixel 3a is a true successor to the Nexus line? Let us know your thoughts in the comments.