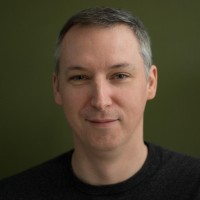 I want you to try and remember the last time a major flagship phone swept in a genuine innovation that stuck. When did you last see a flagship phone with a new component or killer feature that wasn’t just a more powerful version of an existing fixture? Phone manufacturers are locked into a cold war to offer ever more impressive specs, but without taking any risks. The result is a conservative and homogeneous flagship line-up that doesn’t set pulses racing.

For many years, these annual refreshes offered tangible benefits. You could feel and see the difference from one year to the next, as processing speed accelerated and bezels were shaved away. But with every passing year, the gap between flagships is narrowing. We’ve reached a point where the difference between this year’s flagship and last year’s flagship is meaningless for most people.

Read: Can we stop it with the comically big phones now?

The latest phones are packed with features that many will never use. Huge stores of RAM that never come close to being needed, camera features that professional photographers would struggle to fully exploit, and the kind of processing power that used to be reserved for desktop computers. The fight against commoditization has led to overkill on the spec sheet and soaring prices for customers. A cagey dance by manufacturers often results in flagship line-ups and feature sets that are uncannily similar. It’s like they’ve all consulted a shared master list of features that must go into a flagship and then agreed to release phones with similar designs and internal components. For all the talk of great rivalries, the differences between flagship devices are surprisingly small.

There’s still innovation in the smartphone market, but you must look beyond flagships to find it. Look where the cost of innovation is lower, or the target market is more specific. It’s no surprise that China, where most devices are manufactured, is a hotbed of innovation. Though even there, the more imaginative ideas appear in concept phones or lesser lines, rather than flagships. Sometimes innovative features come from unexpected sources, like high screen refresh rates, which were imported from niche gaming phones.

Samsung and Apple account for somewhere around 35% of all smartphones sold worldwide, according to IDC, and a much higher percentage in the U.S. and Europe. Yet, both are very conservative with their flagship lines.

There’s still innovation in the smartphone market, but you must look beyond flagships to find it.

Side bets are an established practice for Samsung. That’s why we got Edge variants, the Note line, and now the Fold and Flip as distinct, separate gambles that don’t impinge on the flagship line. If these side bets prove popular, they are refined, tested again, and then the parts that definitely work eventually find their way into a flagship phone.

Apple was content to release the same basic iPhone design for years, and its customers showed no sign of disapproval. The rumors about the next iPhone always wildly outstrip the reality. But, the idea that Apple prefers to wait and get things right is widely accepted. Though we crave new directions and lament conservative approaches, we’re also very quick to condemn manufacturers when they mess up, and we do this with our wallets. Fresh features and new designs that haven’t been properly road tested can lead to disaster. You’re asking people to pay top dollar for something unproven, and most people don’t want to do that. Throwing innovation into a phone that’s supposed to appeal to a broad category of people and serve as standard bearer for your company is a major risk.

We're also very quick to condemn manufacturers when they mess up.

Just ask HTC or LG or Motorola. They all had a strong commitment to innovation over the years, and they were fearless about pushing those innovations into flagship phones. When smartphones were new and flagship sales were soaring there was room for experimentation. But where has that approach gotten them lately? The sad answer is into serious debt. Many of the innovative features that this trio debuted were lauded in the press and would go on to become standards across the industry. But innovation doesn’t necessarily translate into major sales.

Read: Say hello to the LG Velvet (and pour one out for the G9)

Is there a successful phone maker left that still takes risks with its flagship phones? I don’t think there is.

Flagships are “box-checkers” now, just ticking off a laundry list of specs. At the high end, this specs race offers diminishing returns, the biggest leaps are now in the mid-range. Flagship phones in 2020 will be undeniably impressive and powerful, but also entirely based on dull incremental improvements. Flagships simply aren’t the devices pushing the limits. For that, you need to look at new categories like gaming phones, concept devices, and Chinese manufacturers shortening the loop between idea and realization.

While innovation generates excitement, there’s almost always a sizable gap between a new feature emerging and it being perfected. Flagship phones are supposed to be perfect, and perfection is boring. That’s why there’s no room for innovation in flagship phones anymore.

Opinions
Comments
Read comments
You Might Like
What you should really expect from Google’s custom Pixel 6 processor
by Robert TriggsApril 6, 2021
It’s 2021 and USB-C is still a mess
by Robert TriggsApril 5, 2021
Please, please stop making video calls while driving
by Eric ZemanApril 4, 2021
It’s getting really hard not to support Samsung
by Hadlee SimonsApril 4, 2021
Latest
Report: Samsung expected to launch Galaxy Z Fold 3, Z Flip 2 in July
by Andy Walker23 minutes ago
LG confirms list of phones that will receive Android 12, Android 13
by Hadlee Simons1 hour ago