LG has no plans to release the V10 in Canada 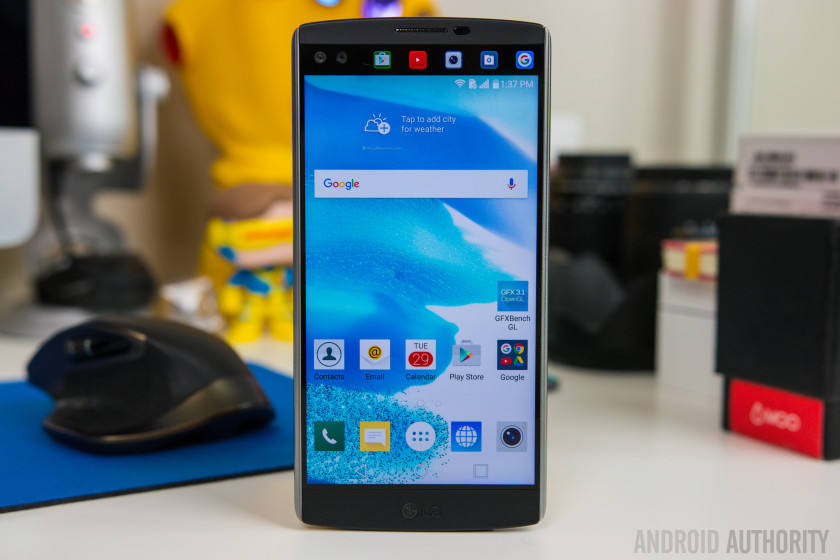 LG has been making some major news in the past week; let’s try to recount some of it: A canceled Urbane 2, a flagship campaign, a major management restructuring, a new mobile processor, and even a massive monetary investment.

The news we are now reporting on however, is sure to sound somber to some. LG Canada, via a reply on Facebook, has now confirmed that the new V10 will not be released in the country.

LG are you going to update the status of when the V10 is coming to Canada , before xmass or ? By not responding I assume you want people to look elsewhere for their cell phone fixes and needs. I know for one if the V10 does not come to Canada soon Samsung wants my business. Cheers. J

And here is the reply:

Hello Jason, Thanks for your excitement and interest in LG and our products! Unfortunately, there aren’t any plans to bring the V10 to Canada. We encourage you to check out some of other amazing phones, like our flagship LG G4. It boasts a highly-reviewed camera, quad-HD screen and offers an incredible visual experience. Thanks again, Anna, LG Canada Social Media Team.

While this news will no doubt disappoint those, like Mr Schabler, who were holding out in hope, do note that there have been times in the past when social media teams have posted inaccurate information. One such example, earlier this year, saw a Sony Twitter account proclaiming only Z-series devices would be updated to Lollipop, something that was quickly rendered inaccurate as other lettered models began to receive it.

Still, given that this is the only official answer that has been given from LG about the matter, it should be taken as the company’s official stance until proven otherwise.

…and why to think it

Released last month, the LG V10 packs some of the same advanced hardware seen in the spring’s G4, but adds in new features like a metal frame along the sides of the device and a secondary ticker display. It is also extremely resistant to damage from drops, as we found out first hand. Given that it’s the company’s secondary flagship of the year, and in some ways higher than the G line itself, one might think a glorified global roll-out would be a proper priority. While this is just speculation, it’s quite possible that the phone has not been faring as favorably as some might have foreseen. Reports had already came out of Korea shortly after launch there that suggested this was happening. Perhaps more telling though, LG itself has not released any PR statements to make prominent proclamations of people purchasing the product. The restructuring details alluded to at the opening of this piece would further this belief, as sales of the phone are arguably not significant enough as to calm the nerves of the smartphone segment’s performance and viability. What do you think about this news? Are our Canadian readers upset by it? Were you planning to get the V10, or had you already set your sights on something else? For that matter, are customers in other countries bothered by this development, given that Samsung also decided to deny availability of one of its most proper products to an entire part of the world’s population?

Perhaps the larger, looming and lingering question though: for those in Canada who wanted the device, will you now take to importing it if you haven’t done so already?

July 5, 2020
Trending
Sirius deal: 3 months of satellite radio and an Echo Dot for just $1!
by Ryan Haines15 hours ago39 shares
Deal: $150 off the OnePlus 7T Pro McLaren and free Bullets Z earbuds
by Matt HorneJuly 8, 202065 shares
Deals: Get in the game with $20 off first-party Nintendo Switch games
by Ryan HainesJuly 8, 202049 shares
You Might Like
When should you expect to receive the Android 10 update? (Updated July 10)
by Mitja Rutnik5 hours ago9214 shares
We asked, you told us: This is your favorite LG G series phone
by Hadlee Simons22 hours ago102 shares
These six older LG flagship phones will receive Velvet UI update
by Andy WalkerJuly 9, 2020189 shares
The LG ‘Wing’: Everything we know so far about LG’s wild rotating phone
by C. Scott BrownJuly 6, 2020498 shares