LG restructures to focus on key business areas and growth

As with many of the “old guard” of smartphone OEMs, LG has seen its market share erode as well as sales start to stagnate. Despite the company’s holding true to form with the G4 – as opposed to Samsung’s controversial approach with its flagships – and just recently releasing an almost unbreakable V10, the profit picture as far as mobiles go does not look so lavish. To this end, the Korean conglomerate is restructuring its top management.

LG has indicated that the “appointments are effective as of Dec. 1, 2015 with promotions taking effect on Jan. 1, 2016. The overall new organizational structure will take effect once confirmed at the general meeting of shareholders in early 2016.”

The company has explained this new management decision as a way to “give each executive more independence and responsibility to facilitate rapid decision-making in today’s fast-changing business environment and diversified consumer segments.”

Adding further detail to the above, LG clarified:

With this new change in organization and subsequent explanation, it should give readers an idea of what areas the company may seek to prioritize in the coming year. This is not to say that mobile sales will be placed on back-burner status per se, but with television, appliances, and even automotive parts offering larger potential income, it may ultimately result in an even slimmer smartphone selection for the year to come. 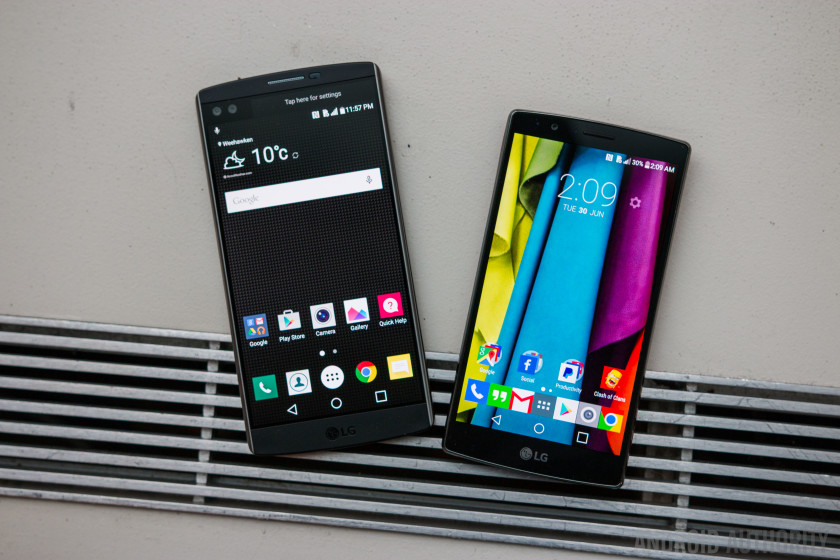 Readers may recall a recent pair of posts that dealt with LG’s apparent decision to make use of an all new, metallic design with next year’s flagship, the G5. Given the backlash some had against Samsung’s decision to forgo a removable battery and microSD from its prime products this year, one can only begin to speculate just how damaging – if at all – the effect would be on LG’s sales.

At the very least, it’s clear the company isn’t putting all its proverbial eggs in one basket, and as such the new year is going to be met with a trio of executives to tackle the tasks ahead.