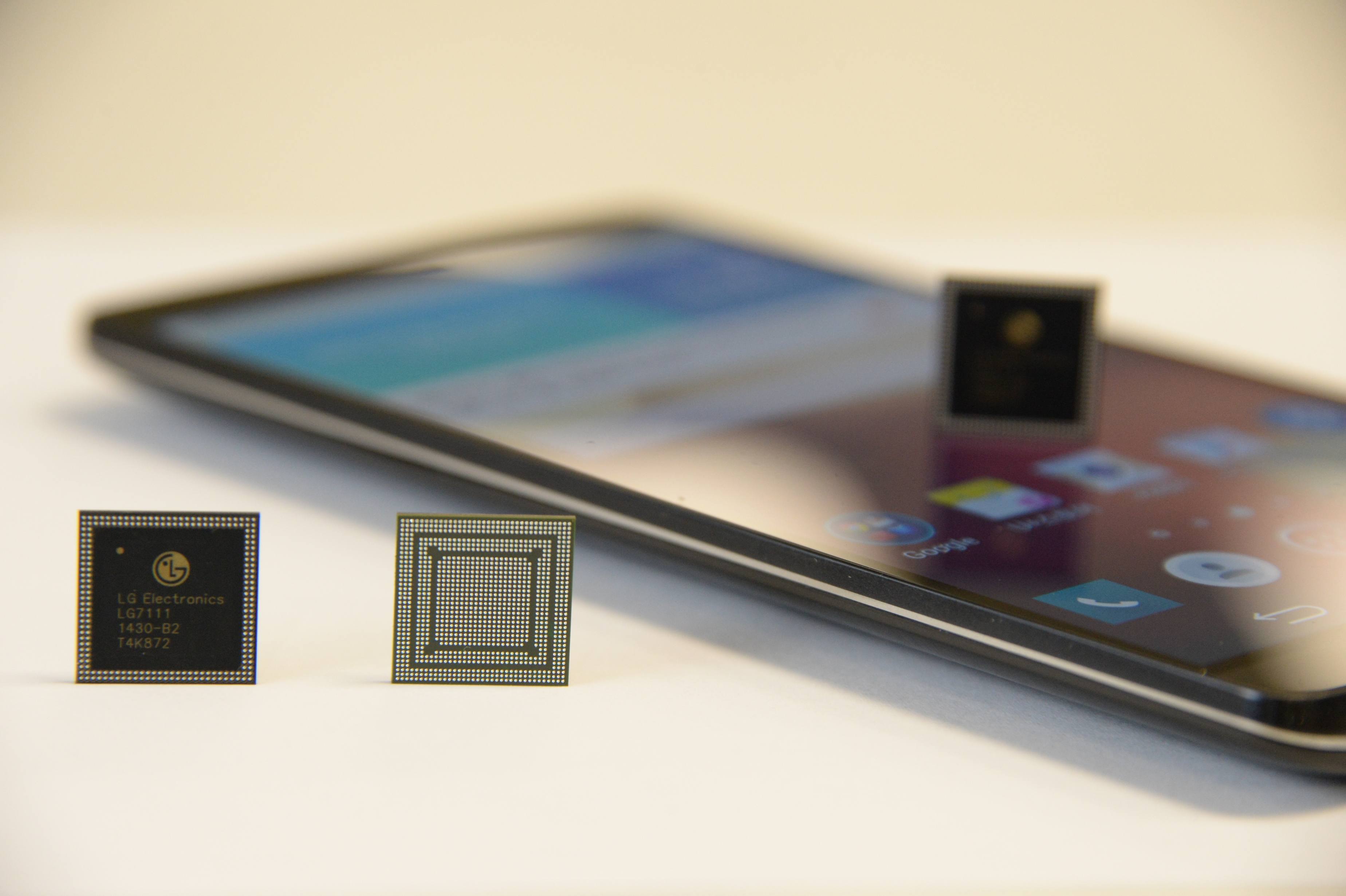 LG is gearing up to go up against Qualcomm, MediaTek and Samsung with its second mobile application processor, according to industry sources. LG’s Nuclun 2 SoC, as the chip is known, could make an appearance in a future flagship LG smartphone.

According to the source, the Nuclun 2 will be an octa-core design based on ARM’s Cortex-A72 and Cortex-A53 CPU cores, with clock speeds set at 2.1GHz and 1.5GHz respectively. LG Electronics is said to be working with Intel’s 14nm FinFET manufacturing process and TSMC’s similar 16nm technology, either of which would be a notable improvement over the 28nm process used for its first chip.

LG launched its first application processor, the octa-core Nuclun 1, back in 2014. The SoC made its début inside LG’s G3 Screen smartphone and was designed to make the most of high speed LTE-A networks in South Korea. Although the processor didn’t quite compete with other chips in terms of performance at the time, LG is said to be targeting its Nuclun 2 at its premium smartphones.

LG is most likely continuing to develop its own application processors so that it can reduce its dependency on Qualcomm’s Snapdragon series. This would afford LG greater flexibility with its design and performance optimizations, while also potentially allowing the company to generate additional revenue per smartphone in the long run.

Furthermore, as Qualcomm is expected to use Samsung’s FinFET production line with its Snapdragon 820, LG is unlikely to want to rely on one of its main electronics rivals. Speaking of which, Samsung has similarly managed to reduce its dependency on Qualcomm with its Exynos series of mobile processors and can also leverage its cutting edge manufacturing facilities.

It’s not clear if LG will opt for Intel’s or TSMC’s process. The decision will likely boil down to which company offers the most stable design and the highest performance.

August 2, 2020
Promoted
OPPO Reno4: Equipped with a smart sensor from the future
by AA PartnersAugust 3, 202014 shares
You Might Like
Samsung might buy a stake in Arm to lower costs for phone chips
by Jon FingasAugust 3, 202010 shares
Nvidia may buy Arm in huge shakeup of chip industry (Updated)
by Jon FingasJuly 31, 2020868 shares
When should you expect to receive the Android 10 update? (Updated July 31)
by Mitja RutnikJuly 31, 20209479 shares
Did you know: The LG V40 opened the era of modern triple camera phones
by Hadlee SimonsJuly 25, 202017 shares