Evolution of the Moto X: a look at how the series has changed over the years 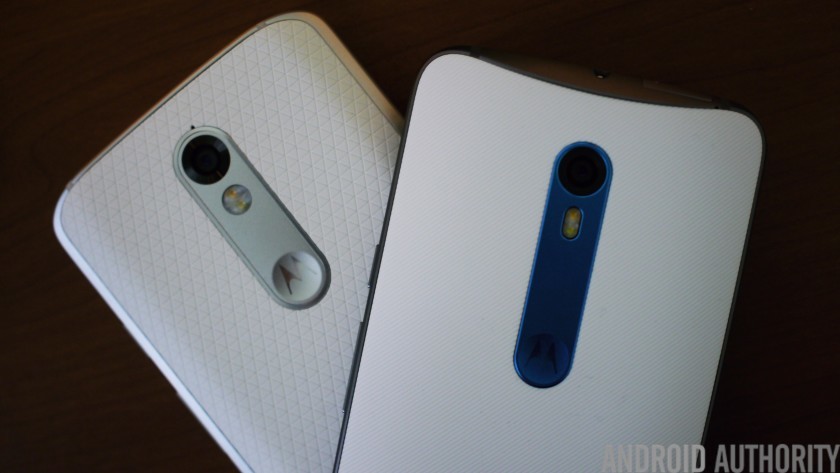 Since its inception, the Moto X series has always stood out from the rest of the pack. Whether it be user customization, its exceptional personal assistant capabilities, or just its incredible value, the Moto X line has always been different.

In a world where the spec race ran rampant, the original Moto X introduced the concept of user experience over pure muscle

In a world where the spec race ran rampant, the original Moto X introduced the concept of user experience over pure muscle and — at least for fans of the series — it’s (mostly) been uphill from there. While not every aspect of the Moto X line has been perfect, some of Motorola’s features (such as Moto Assist and Moto Display), have become fan-favorites.

With that in mind, let’s take a look at how the Moto X has evolved over the past three years. Ah, the OG Moto X. The original Moto X told the world that you could have an amazing experience without top-end specs. While the standard in flagship devices launched in 2013 was either the Qualcomm Snapdragon 600 or 800 (depending on what part of the year the phone arrived), the Moto X launched with a much more modest Snapdragon S4 Pro packed inside. While the spec hungry looked on at the Moto X with skepticism, the S4 Pro proved to be more than enough to power the Moto X, aided by the fact that the Moto X did not have a 1080p display . Instead, the Moto X came with a 720p, 4.7 inch display that still had impressive color saturation and solid viewing angles.

One of the key factors that led to the smooth performance of the Moto X was the almost-stock Android experience, with Motorola’s extra features mostly present in the form of applications, rather than a complete UI overhaul, which was the norm among Android’s top manufacturers (Samsung, LG, HTC, etc). While more toned-down customizations of Android may be more common now, Motorola was one of the first to deliver an almost-stock Android experience outside of the Nexus family.

The other big selling point for the Moto X was user-customizability. Motorola introduced Moto Maker, which has since become a staple for Motorola devices. Customers could change the color of the side buttons, the ring around the rear camera, decide between a white or black front panel, and even change the material of the back cover. Up until that point, users had the choice of a few different colors and storage options, if at all. Motorola didn’t focus on specs, and instead focussed on giving the customer a top-notch, personalized smartphone experience. And it certainly paid off. The 2014 edition of the Moto X was less about shifting the paradigm and more about refining everything that users already loved about the series, while adding a few new tricks. The original Moto X was smaller than its peers, but the 2014 edition beefed up the screen size to 5.2” and bumped up the resolution to 1080p. It also added an aluminum frame, giving the device a more premium feel, which is a decision carried forward to this year’s Moto X Pure (aka Style). In terms of specs, the Moto X (2014) might not have been quite as “bleeding edge” as other flagships released around the same time, but the spec gap was much smaller this time around when compared to the OG Moto X and its peers.

Overall, the Moto X 2014 wasn’t a revolutionary smartphone like its predecessor, though it was still a great one.

On the software side, Moto Voice gained more functionality, adding support for actions involving third party apps (such as sending a Facebook message). It also added the ability to customize the voice activation message, making Moto Voice just a little bit more personalized. Motorola also added multiple sensors to the device, which helped make use of Moto Display, which could now be activated by waving your hand over the device.

Overall, the Moto X 2014 wasn’t a revolutionary smartphone like its predecessor, though it was still a great one. Not only did it up the spec ante, it also fixed a looming flaw in the original Moto X: a poor camera. While the Moto X 2014’s camera wasn’t exceptional, it certainly was world’s better than the original.

The Moto X Style/Pure Edition: The King of Value 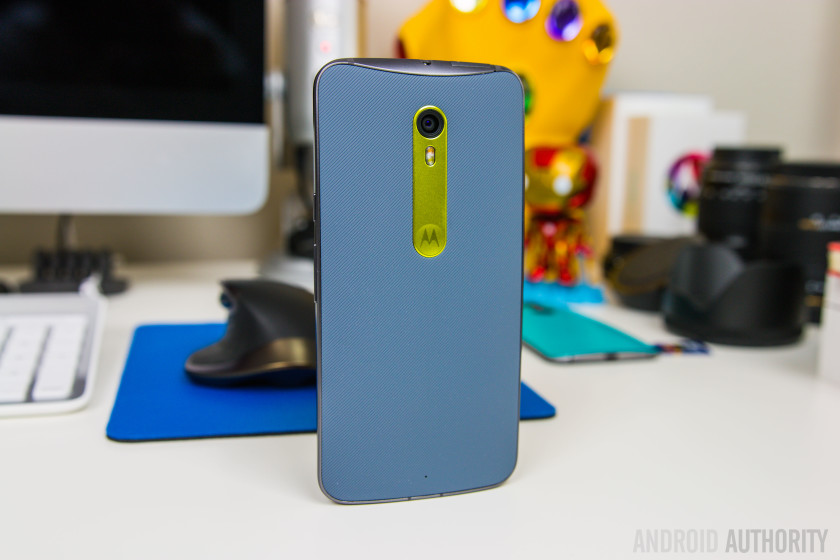 2015 has seen drastic changes for Motorola, now owned by Chinese electronics giant Lenovo. Notably, there were two Moto X devices released at the same time this year, but we’ll be focussing on the more powerful “true flagship”, the Moto X Style (which is called the Moto X Pure Edition in the United States). For those interested in the mid-range Moto X family member, you can always check out our review of the Moto X Play.

While some have raised questions about broken promises, Motorola has been able to deliver an incredible device this year – at just $399. The Moto X Style’s 16GB storage option prices at $20 more than the 16GB Nexus 5X, but features expandable storage and a more impressive QHD display, arguably making it a much better value to buy the 16GB version of the Moto X for those that don’t have their hearts firmly set on nabbing a Nexus.

The camera is much, much improved with the Moto X Pure, now able to compete with (but not kill) the cameras on flagships from Samsung and LG. Speaking of competing with Samsung and LG, the Moto X Style also features a 1440p 5.7” display — adopting both the trend of QHD and big screens. Yes, Motorola has entered phablet territory, but the signature curved design of the Moto X has helped with handling quite a bit. The Moto X no longer has any glaring flaws, providing everything you could ask for out of a 2015 flagship, except maybe a fingerprint scanner. With an incredible price, the Moto X Style is hard to beat.

Moto X Force: Shattering the expectations with a Shatterproof display 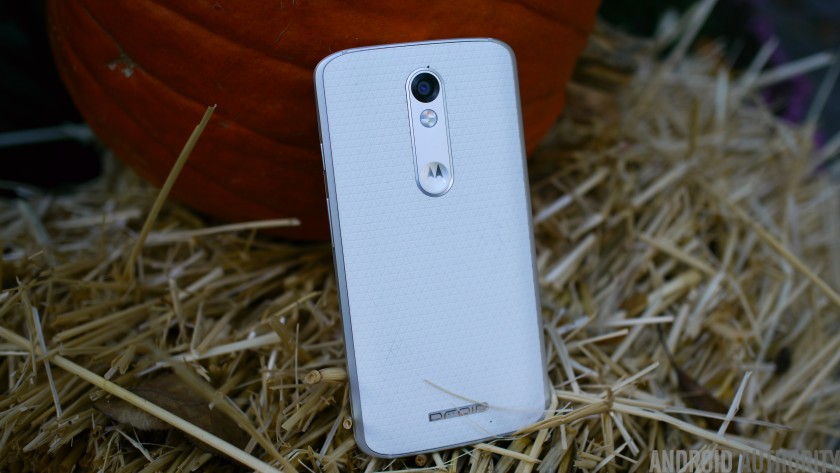 The Moto X Force, known as the Droid Turbo 2 for Verizon Customers and those in the states, may not be a “primary” member of the Moto X family per say, but it is a very interesting device. It’s main selling point is a “shatterproof” display, which is largely shatterproof due to the fact that much of the display is plastic, not glass. In exchange for plastic being far less likely to shatter than glass, it’s also far more likely to get scratched up. Even so, the Moto X Force could be an amazing device for those who frequently drop smartphones, potentially saving hundreds of dollars in repair costs.

The Droid Turbo 2 (aka Force) also features a bunch of extra layers, including a bendible component, which is further explained here.

Aside from the display, the Moto X Force doesn’t bring much different to the table when compared to the Moto X Pure. The Moto X Force does feature a Qualcomm Snapdragon 810 instead of an 808, but the difference in day-to-day performance is probably negligible. It costs $624.00 unlocked, over 1.5x the cost of the 16GB Moto X Style. The device is still solid, but with the incredible value of the Moto X Style, you’d really have to love the shatterproof display to purchase this phone.

None the less, we are excited about Shatter Shield technology and what it means for Motorola and the X series, going forward.

The Identity of the Moto X Line: going forward

Motorola has certainly come a long way since the days of the original Moto X. So what’s next? Honestly, the future of the Moto X, and by extension, the future of Motorola, is somewhat uncertain. When first introduced, we thought that the Moto X meant the best of Motorola and Google, a marriage of Google’s stock software and Motorola’s powerful features. It meant an amazing experience coupled with fast updates, only second to the Nexus line.

Now, what the Moto X represents is unclear.

Now, what the Moto X represents is unclear. Updates have been called into question as Motorola has decided not to update the 2015 Moto E, despite promising two years of software updates. The Moto X (2014) also is being left out of Marshmallow, at least for US carrier versions.  Motorola has also traditionally released one Moto X device per year, but 2015 has brought three. The Moto X Play came alongside the Moto X Style, but not as another flagship, but as a mid range device. It packed an incredible battery and the same great camera, but with choppy performance that isn’t as good as the 2014 Moto X. Late in 2015, Motorola released the Moto X Force, packing a shatterproof display, but not much else.

All of this paints a picture of Motorola in transit, and it’s obvious that Lenovo is behind the wheel. Where the Moto X family will end up? It’s impossible to tell, but we can only hope that — despite some minor hiccups this year — it’ll be great.

What do you think of the Moto X family? Which was your favorite? Are you excited to see what’s next for the Moto X and other Motorola product lines? Let us know your thoughts in the comments.