Antivirus Android apps remain one of the most popular types of applications on Android. Generally, you don’t need an antivirus app if you play it safe, only download apps from the Play Store, and keep your security settings enabled. However, there are those who like to take a walk on the wild side and not do those things. There are a ton of really bad antivirus apps out there. Even if these apps aren’t necessary, it’s good to know the safe ones that don’t suck. Here are the best antivirus apps and anti-malware apps for Android. All prices are current as of June 2019. You can also check out the best antivirus apps on other platforms on our sister site DGiT by clicking here!

One final thing to note that a lot of antivirus apps on Android do literally nothing or a very bad job. Here’s a study that AV-Comparatives conducted with additional information about what antivirus apps are good and the ones that aren’t. 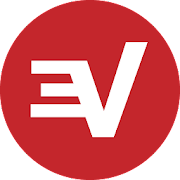 Price: $6.67+ per month
VISIT EXPRESSVPN
ExpressVPN is one of the most trusted, secure brands in the virtual private network industry, and that's for good reason. It's super fast and extremely safe, boasting an SSL-secured network with 256-bit encryption and, get this, unlimited bandwidth and speed. ExpressVPN has servers in 94 countries (including Hong Kong, Taiwan, Japan, and others) in over 145 locations around the world, so there will always be a locatoin near you to give you the best experience possible. What's more, the service even has stealth servers in Hong Kong. They are to evade the GFW specifically. It doesn't even look like you're using a VPN!
VISIT EXPRESSVPN

360 Security is a bit of a mixed bag. Some of its security stuff isn’t half bad and then the other half is quite bad. The app scans your apps for potential malware activity, although its find rate is a little bit higher than we’re willing to believe. Facebook is bad and all, but it’s not malware yet. In any case, this is a decent, super basic antivirus app that will do the scans and show you potential vulnerabilities. The app also features a bunch of phone booster and phone accelerator features. We recommend not using those features at all because they don’t actually work and will make your phone perform worse. Avira is one of the newer antivirus apps comparatively speaking. It grew rather quickly over the last year. The app comes with the basics, including device scans, real-time protection, external SD card scans, and a lot more. Some other features include anti-theft support, privacy scanning, blacklisting, and even device admin features. It’s much lighter than apps like Norton and others. It’s also relatively inexpensive and there is a free version if you need something basic.

Avast Mobile Security is one of the most popular antivirus apps on any platform. It boasts over 100 million downloads and tons of features. Some of the features include the classic antivirus scanning, an applock, call blocker, anti-theft support, a photo vault, and even a firewall for rooted Android devices. That makes it an excellent tool even if you don’t need the antivirus part very often. There are also some booster features, but as usual you should avoid those. Avast’s subscription prices aren’t bad comparatively speaking. The app comes with a 14-day free trial to demo the product. AVG is another big name in the antivirus apps space. In fact, it’s basically the same as AVAST. AVAST actually purchased AVG back in 2016. Thus, the experience is similar in both antivirus apps. You can scan your phone and find potential vulnerabilities in much the same way. This one has anti-theft tracking via Google Maps, but it doesn’t have the rooted firewall availability like AVAST does. Thus, they are different enough to be different products. Please beware of the phone accelerator features because they don’t work as usual. We don’t know why antivirus apps keeping stuffing garbage like that in products. In any case, it runs for $2.99 per month or $11.99 per year. Bitdefender Antivirus is one of the few actually free antivirus apps. It hasn’t changed much over the years. It offers a basic scanning feature, a simple interface, quick performance, and no configuration. This is a great one for super basic needs. All it really does is scan stuff and then sit there and wait to scan stuff again. There is a larger, more in-depth Bitdefender app. However, we think this one is better for those who just want something simple. It’s also actually free with no in-app purchases or subscriptions. There is advertising, though. Dr Web is one of the older antivirus apps and anti-malware apps. It has a decent set of features, including quick and full scans, protection from ransomware, a quarantine space, and even stats. Along with that, it has good anti-theft features, call and SMS filtering, URL filtering, parental controls, a firewall, and more. It’s also fairly inexpensive. It goes for $7.99-$15.99 for one to two years. There is also a lifetime license for $74.99. The lifetime license is a tad pricey, but it is an opportunity to get away from the monthly subscription if you want to go that route.

ESET is another big name in the antivirus and anti-malware world. It has a decent set of features, including scans, anti-theft support, a security auditor feature, scan scheduling, and more. The setup process is a bit intrusive. It’s one of the few that require an email address. Otherwise, it works pretty well. You get a free one month trial upon installation. From there, it goes for $1.99 per month or $14.99 per year. It’s not quite has heavy as something as AVAST or AVG, but it is heavier than CM Security Lite or Bitdefender. Take that info for what it’s worth.

Kaspersky is one of the most popular antivirus apps. It has both a free and pro version. Both versions offer SMS and call blocking, scans, virus updates, and anti-theft. The premium version adds things like real-time protection, an applock, and more. Of course, both versions have device scanning for malware and stuff like that. It isn’t nearly as heavy as the biggest antivirus apps. Plus, it doesn’t have any nasty booster features that don’t work. It’s nice to see an antivirus app that doubles down on its purpose instead of trying to stretch out to stuff that doesn’t make sense. That makes it a decent middle-of-the-road option for a lot of folks. The premium version goes for $14.95 per year. Lookout is another popular antivirus and anti-malware app. It comes pre-installed on many devices, especially on carriers like T-Mobile. It does the basics fairly well. That includes scans, phishing protection, malware protection, anti-theft features, and more. It also comes with some unique stuff like identity protection, identity insurance, and WiFi scanning. That gives it a bit of a different perspective than most antivirus apps. It goes for $2.99 per month or $29.99 per year. It’s reasonably good for an antivirus or anti-malware app.

Malwarebytes is one of the most popular antivirus apps on Windows. The mobile version is pretty good too. It features an aggressively updated virus database, support for malware and ransomware, a permission tracker, and more. It can even scan messages in WhatsApp, Facebook, SMS, etc for potentially dangerous links. Of course, it does the usual stuff like scanning as well. The app looks nice, works well, and it’s not too heavy like others. It’s also reasonably priced at $1.49 per month or $11.99 per year.

McAfee is one of the biggest names in antivirus apps. It’s also one of the heaviest. The app includes scanning, anti-theft, anti-spyware, and security locking features. Additionally, it can take photos of your potential phone thief, record locations to the cloud before the phone shuts down, and more useful stuff. McAfee also has a variety of standalone apps for other things. The UI is old and it doesn’t look very good. Additionally, it has boost features that don’t work and it requires an account creation to go pro. The antivirus portion of the app does work rather well and some of the tertiary features are nice. However, it’s still one of the weaker options in our top 15.

Norton Security has its ups and downs. Just imagine how much worse it gets if we put this one here. The app has a lot of the basic features though, including protection from malware, spyware, and other bad stuff. Additional features include saving device location when the battery is low, real-time protection, anti-theft features, and more. It’s one of the pricier options in antivirus apps. However, it does have a suite available for $39.99 per year that covers your mobile device as well as your computer. Norton also has other apps, like a dedicated applock app, that are actually not half bad. Sophos is one of our favorite antivirus and anti-malware apps for Android. It includes all of the basic stuff such as malware protection, a virus scanner, web filtering, app protections, theft protection, Wi-Fi security, and all kinds of other stuff. It does all of this for free, without advertising, and it doesn’t include any garbage booster functions that don’t actually work. Its password safe function is KeePass compatible and it even comes with an authenticator function for multi-factor authentication. We don’t outwardly recommend antivirus apps to anybody, but if you’re going to have one, try this one first. Trend Micro is a decent overall selection for antivirus apps. It features the usual stuff like device scans where it checks if apps are malware or not. Like most, its biggest features are the secondary ones. Those include the prevention of malicious apps, a web security function, a public WiFi checker, and a security function for financial transactions. It’s not quite like other antivirus apps that check for malware and then do a bunch of random stuff. It tends to stay right in its wheelhouse. Some functions are available for free, but the $4.99 per month or the $19.99 per year (recommended if you get it) subscription is necessary to get all of the cool stuff.

Google Play Protect is Android’s antivirus app. It scans the apps on your device and then compares them to the Google Play versions of that app. It lets you know if the two aren’t the same. This combined with the existing protection in Google Play creates a really good barrier of security. Plus, it’s free, it’s probably already on your device, and you don’t have to do anything to use it. This along with common sense work better and are better for your device than basically any antivirus app, no matter what company makes it. It’ll also save valuable resources with one fewer app running in the background. We recommend this one first. Hit the button below for more information!

Thank you for reading! Here are some final recommendations from us to you!

If we missed any great antivirus Android apps, tell us about them in the comments! You can also click here to check out our latest Android app and game lists!