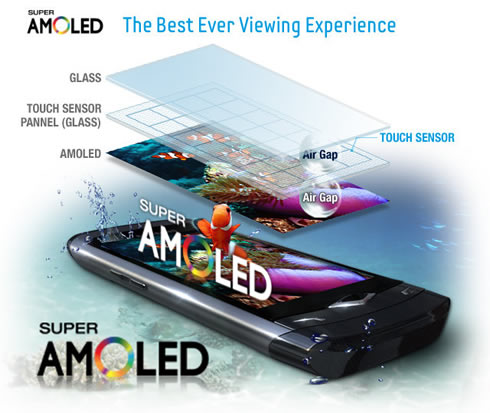 While Samsung has made major movements with AMOLED panels, those who purchase or use devices from other OEMs may be unaware of the differences between traditional LCD and OLED. Recently however, the market has been changing and AMOLED panels have been gradually disseminating to different devices. According to a new report by market research firm IHS, in fact, sales of the organic panels increased 100% from last year in the third quarter alone with 79 million panels shipped.

The total value of displays shipped during Q3 is estimated at $3.29 billion. Samsung comprises the vast majority of market share accounting for 95.8% which has created for it a massive lead, not unlike that of another company with respect to the global smartphone sales. Additional information gleaned from the report also states that from Q2 2015 to Q3 2015, worldwide shipments of AMOLED displays increased 35%. 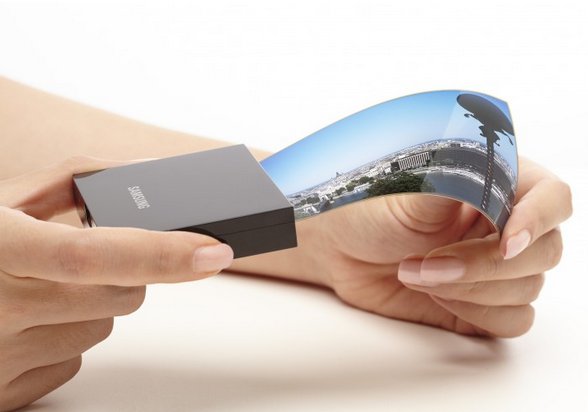 Samsung has recently been eyeing an increase in display production which many believe is directly connected to rumors that Apple’s 2018 iPhone will finally make use of an organic panel. Also reported recently, Samsung is selling off an LCD factory to focus on AMOLED.

Japan Display Industries has also been reported to have an interest in AMOLED panels with a rumored release around Spring 2018. Sony itself announced a partnership last year that was aimed at the same.

We have covered AMOLED in great detail including a new variant set to take off in the next couple of years called PCOLED which has a longer duration for the organic components. Let us breifly summarize the good and bad points of the technology.

In general, the display technology is touted as having superior color reproduction and contrast, as well as being more power efficient due to the independent light production each pixel can produce.

LCD for reference, relies on a single backlight which must be activated even if just one pixel is displayed. This ultimately results in extra power consumption and, in the case of the Moto X Style for example, a questionable defeat of the very active notification display feature Motorola so proudly produced.

The enhanced colors create a very unique and for many, immersive viewing experience that ultimately can not be achieved with LCD panels. Ultimately though it may take a side-by-side comparison for some to discover the nuances provided they are not familiar with AMOLED at all.

Critics of AMOLED often claim that color reproduction appears “cartoonish” or “oversaturated” and thereby creating an unrealistic and undesirable image. Companies like Samsung have long since been including a Display setting toggle to downgrade the enhanced colors of AMOLED, and even new products such as the Nexus 6P and HTC One A9 include similar functionality. The Nexus 6 was blasted with screen burn-in bitterness for some users.

Another cited sore spot for AMOLED is burn-in. While this can happen to any display, over the years some people have made comments of in-store display devices with horrible burn-in issues. Even last year’s Nexus 6 was cited as having a problem. Users found that both the notification tray and the on-screen geometrical navigation buttons being “fixed” and noticeable especially when on certain color backgrounds.

It was suggested that in some cases, the issue might be simply “image retention” and would go away shortly rather than permanent damage to the panel. Solutions were largely centered around apps that “inverted” the colors and would thus “burn-in” all the other areas of the display making the offending bits irrelevant. Unfortunately this basically meant that one had to deliberately damage their screen.

Is it right for you? LG has also used an AMOLED in its G Flex line.

With AMOLED now becoming a larger presence in the mobile market, it may only be a matter of time before your OEM of choice includes or gives the option to buy a product using it. The question is ultimately if you will if you want it. Some have an almost religious affinity to the tech while others spare no opportunity to point out what they see as its drawbacks.

News
Tagged:
AMOLED, LCD, OLED, Samsung
SamsungAMOLEDOLEDLCD
Comments
Read comments
You Might Like
Galaxy S21 prices make this Samsung’s most inclusive line-up in years
by Robert Triggs13 hours ago
We asked, you told us: Here’s how you really feel about the Galaxy S21 series
by Adamya Sharma14 hours ago
The Galaxy S21 and S21 Plus do at least one thing better than the Ultra
by Hadlee Simons21 hours ago
Samsung rolls out stable One UI 3.0 to Galaxy S10 users in India
by Team AA23 hours ago
Latest
How fingerprint scanners work: optical, capacitive, and ultrasonic explained
by Robert TriggsJanuary 18, 2021
The best fitness trackers (January 2021)
by Jimmy WestenbergJanuary 18, 2021