Small is not for all: Derek Zoolander embraces the Samsung Galaxy (S6)

For anyone who has seen the 2001 movie Zoolander, there is one particular part that rang true to the hearts of phone-ees: Derek Zoolander, portrayed by Ben Stiller, had an impossibly small mobile. Resembling a miniature Motorola Star-Tac, the fabulous flip phone was just one of the plethora of gags and jokes that littered the movie. Times, however, have changed, and so too have Derek Zoolander’s tastes: 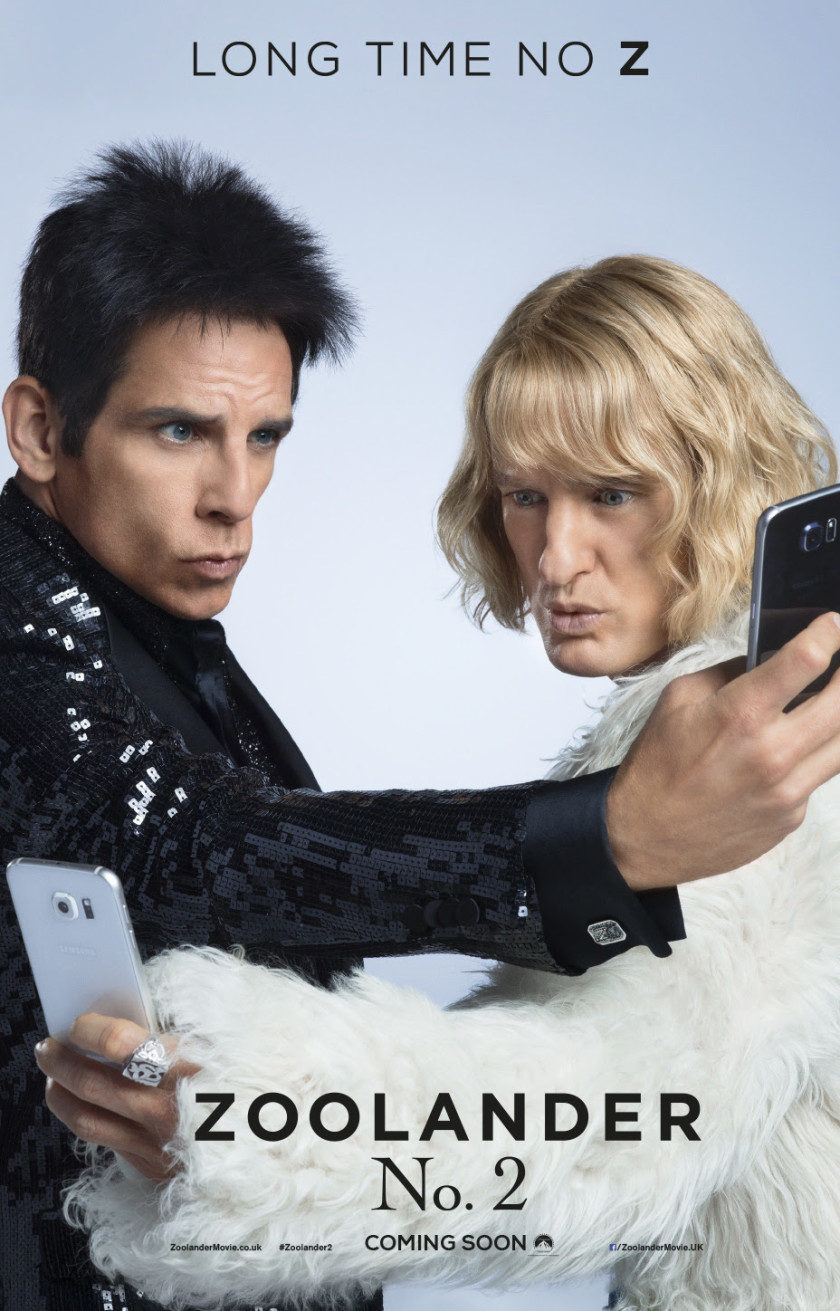 The above poster, teasing the United Kingdom release of the movie, has both Derek and his rival/friend Hansel (portrayed by Owen Wilson) staring into their souls, as mirrored back at them via selfies. Of course the bigger surprise is what they are holding: the Samsung Galaxy S6. 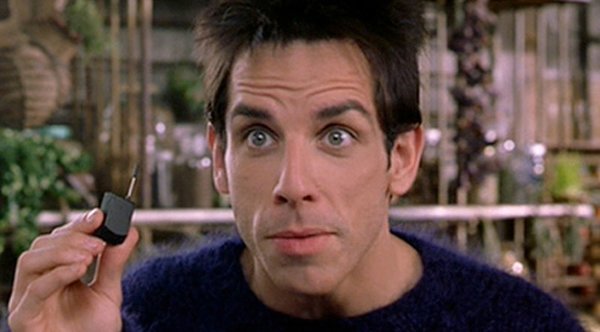 Yes, this was the original phone Derek once had to deal with. How could you see anything on that?

Indeed if one thinks back to 2001, concepts of selfies and even smartphones were non-existent. In those days, people who took pictures of themselves were typically labeled as vain (I’d like to say I took selfies before they caught on), all the more so given that basically all phones – save for those sold in Japan – only had rear cameras, if that. Selfies have since gone on to become such a craze that not only are there accessories to facilitate taking them, but also an entire spin-off, referred to as belfies.

Likewise, at the turn of the century, everything mobile was about miniaturization. Zoolander itself was making an almost meta statement about how en vogue the trend was. Ironically, these days phones under 5-inches are now labeled as “Mini”, something that would be unthinkable even a few years ago, when the average display was around 3.5 or 4-inches.

Oh, and just for reference, while the Zoolander phone was never actually manufactured, there is at least one micro-mobile that did come to market: 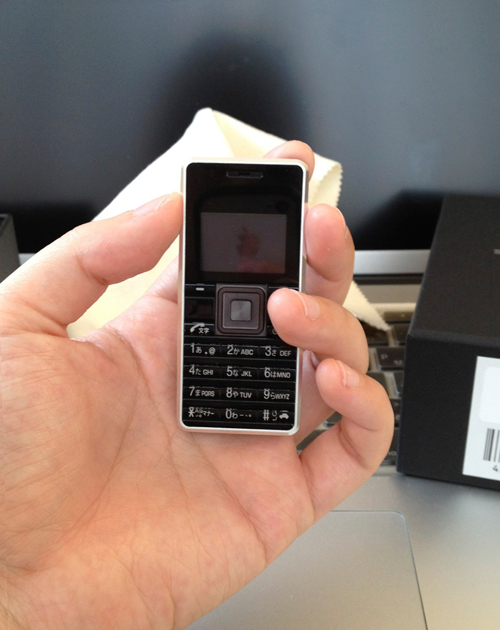 The Frisk Phone is perhaps the smallest mobile EVAR.

Perhaps the larger issue here is just how eager Samsung is to plant produce placement in movies. The Verge points out that the Samsung logo in the promo picture isn’t prominently visible, something that could be a result of the camera angle, or perhaps the fact that no licensing agreement is in place at the moment. Were the latter true however, it would seemingly be prudent for Paramount Pictures, the studio behind the film, to remove the logo entirely, or just use a generic product so as to avoid potential legal problems.

Either way, Samsung spends a lot of money on movie marketing, with this year’s Jurassic World having prominent placement. The company has also made it a point to sponsor the Olympic Games. It will remain to be seen as to how aggressive this kind of marketing continues given the company’s new decisions to take radical action and change things up to stay competitive. The movie poster also reminds us of the recent stories about 007’s latest outing, Spectre. Leaked e-mails from Sony indicated that James Bond himself, Daniel Craig, didn’t want to use an Xperia because it wasn’t “the best”. Perhaps even more interesting however, Samsung allegedly offered up $50 million to have its Galaxy products sponsored in the new film.

Given that Sony is indeed producing a special James Bond-edition Xperia Z5, it goes to show just how these product placements and sponsorships can be used to the advantage of their creators. Also consider that Verizon had an NFL-colored back for the Moto X, and even ZTE is making an NBA-branded Axon Phone.

One need not even go into the madness that exists in Japan, where each major carrier actually has phones branded as “Disney Mobile.” In fact, the LG G4 didn’t release here at all, but it did release a lower powered, re-branded and remodeled variant which is marching proud with Mickey Mouse:

This is in addition to other marketing tie-ups, including one from Sharp featuring Neon Genesis Evangelion, and others with Sony and Hatsune Mikku.

Everyone loves to see the models looking beautiful and thin.

Suffice to say, Derek and Hansel’s latest vie for vanity is certainly a fair talking point. In just one self-centered selfie, the moralistic models have spoken volumes about not only the changes in the mobile industry over the years, but also the marketing money that makes movies. It’s brilliant really, as one of the main points of modeling is to let the photographs speak for themselves.

One might even get a bit more meta and say that mobiles themselves have become models as companies like Samsung have finally made the bold decision to focus on looks over functionality, at least by some critics’ standards. This year’s flagships in particular have come under great scrutiny given their forgoing a removable battery and support for microSD.

Still, now that we known Zoolander isn’t afraid to get a Galaxy, can we expect a special edition next year from Samsung? Or, perhaps even more relevant: will the male model have a new pose to promote it?