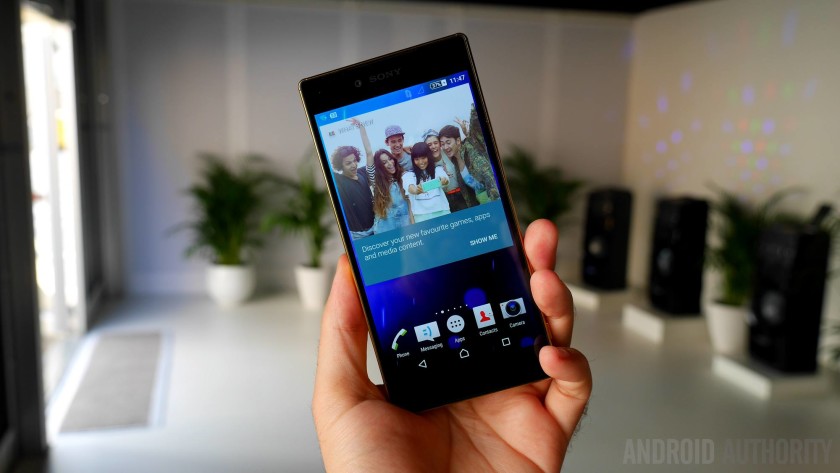 This past weekend, I was mighty motivated, though admittedly from ample agitation. The problem, you see, was that I decided to watch a video, Pocketnow’s Anton D. Nagy posted on YouTube. The title? “SONY Xperia Z5 Premium 4K: What It Is and What It Isn’t.” The length? Roughly 10 minutes. Now let me be perfectly clear, my objection is not with the video itself, as Anton did a wonderful job explaining Sony’s 4K tech here.

In the video, Anton demystifies the curiously complicated marketing mumbo-jumbo surrounding the Z5 Premium’s 4K display. He approaches this topic logically and even uses a fitting analogy with a sports car’s engine to ensure that all those watching will get it, not just the spec spectacular.

Some of the points he raised that I found to be important:

So what exactly caused the agitation? If it takes 10 minutes to explain how a display works on a smartphone, then it raises a serious question about the hardware itself. In this particular case, why Sony has created such a paradoxically complicated situation out of something that should be super simple to see: the screen! 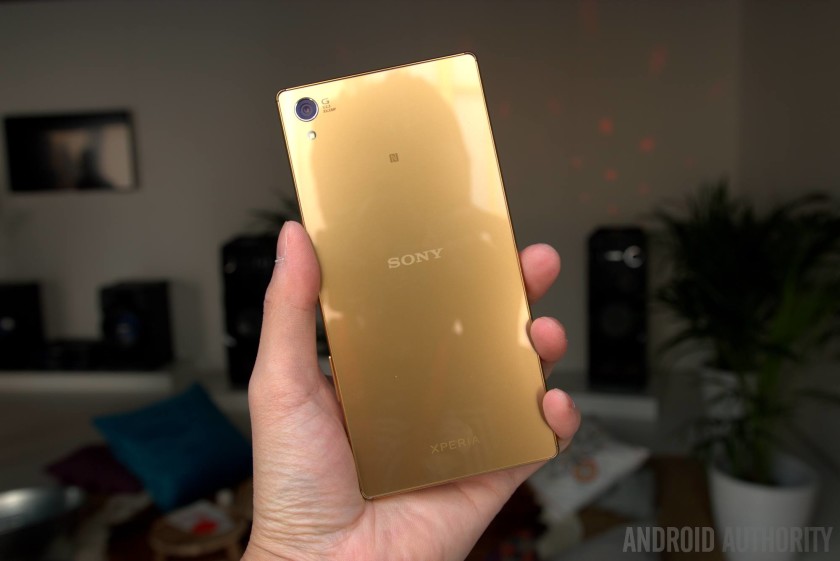 It is no secret that when it comes to Android OEM market share, Sony is far from the top dawg. Still, the company has a dedicated group of loyal fans, many of whom either love it – as I once did for reference – or else who simply adore the wonderful camera sensor used on the flagship devices.

These loyal customers are pleased with the Japanese conglomerate’s products and seemingly less likely to complain about reused designs or whatnot. Still, Sony needs to get more people purchasing its phones if it plans to keep the Xperia line viable.

To this end, it makes sense that a 4K display was chosen. No one has put such a high resolution panel on a smartphone so far, and thus the company made tech history in doing so. It could have put a QHD display on the device, but then the Xperia Z5 “Premium” would have been just shy of “Ordinary” given that rival OEMs have been placing such panels on their phones for almost two years now. 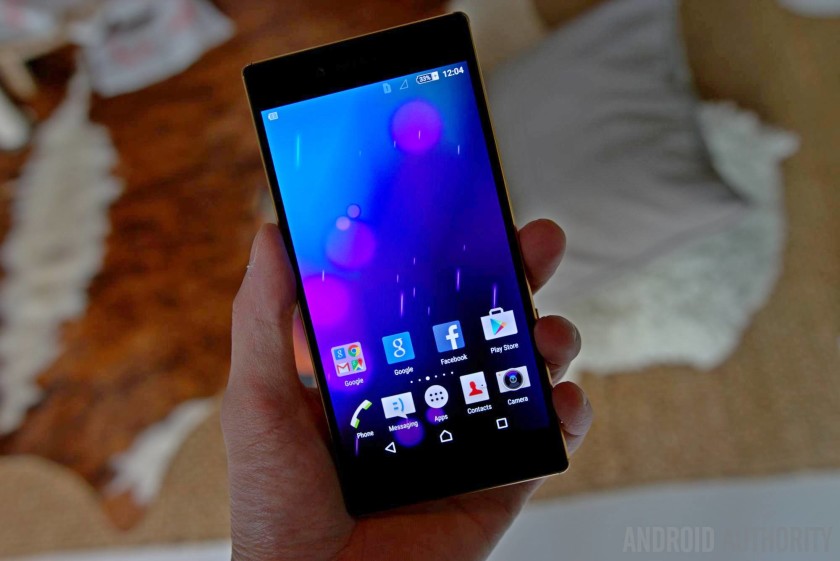 Even Sony’s decision to downplay the 4K nature to assist with battery life is a commendable achievement. If the OS itself doesn’t natively support 4K then tinkering away to enable it, as well as literally running it non-stop would kill the power cell in no time. Arguably few people would want a device that requires them to be tethered to an AC outlet just to use it.

The problem however, is that it takes 10 minutes to explain how the phone’s display works. Mainstream tech is supposed to be simple and easy to use. Apple’s entire empire is built on this intrinsic notion. Heck, last year I even had a candid conversation with a Sony employee who proceeded to bash the Samsung Galaxy Note Edge I was using at the time because it was “way too complicated for the average person to use or want.” And perhaps he was right.

The problem is, that the Xperia Z5 Premium is way too complicated for the average person to understand. If company makes a major marketing point out of a feature, then proceeds to post an extensive blog entry explaining how the feature really works, and then tries to justify why it exists, something feels a bit wrong. In fact, this kind of “damage control” is something we saw again, this time when Samsung tried to explain the purpose and existence of its Galaxy View tablet. The problem is that I’m willing to bet 95% of the customers who purchase the Z5 Premium – and let me assure you the device will inevitably be a big seller here in Japan – will have no clue whatsoever about the caveat surrounding the screen. I can easily foresee a situation wherein buyers are going around telling people “Wow 4K is so beautiful” despite the horrible irony of having been using the phone at FHD the entire time.

Is this kind of analysis something that one typically does with a new product? Sure we could debate if 4K is necessary on a mobile device, that’s a much more fundamental issue. But actually having to discuss the nature of when a screen is and isn’t 4K at any given moment just feels like a poor planning and execution. 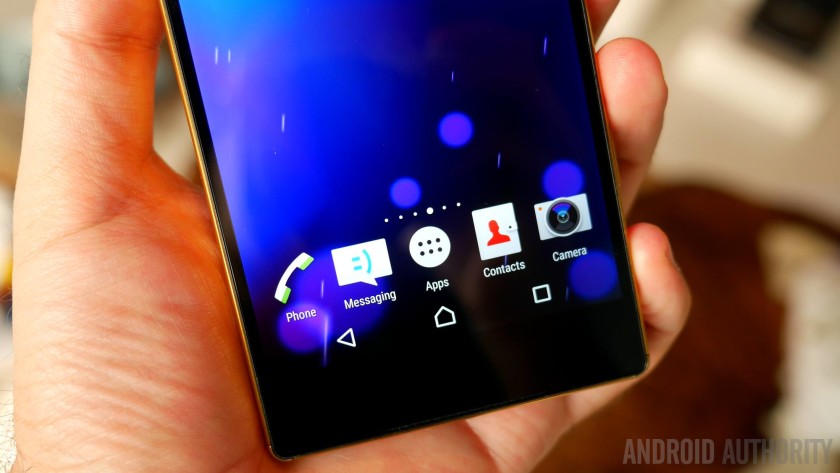 Can you see the 4K on display? Sadly no, because the home screen is rendered at just 1080p.

The simple solution was right in front of Sony the whole time. Just deal with it and put a QHD display on the device. Heck, the canceled Xperia Z4v was already going to be making use of one for crying out loud. This would have worked brilliantly:

Seems simple enough, really. But let’s extrapolate even further: why does the Xperia Z5 Premium exist at all? In making three separate Z5 devices, Sony has successfully ensured that no single one will be a break out success. Given the lack of flagship-level small smartphones, few would probably argue the Z5 Compact was a mistake. But the Z5 (standard) is quite similar to the Z4/Z3+ which released just months earlier save for a few internal upgrades.

Wouldn’t it have made much more sense to just release a single “large” Z5 and be done with it?

Mind you this is not suggesting that the Z5 Premium is a mistake per se. Sony could have actually done some “real work” to make it into a legitimate, unique device by say, including stylus support or a new design. Really doing anything other than calling it “Premium” because it’s slightly larger and has a 4K display that can sometimes actually display in 4K would have been good. Instead, rather than try and establish a new line of products – like LG did with its V10 – Sony just took the easy way out.

Wrap Up (Focus on the Future) All of this leaves us wondering what will happen to the Z5 Premium when it gets Marshmallow, given that the OS has native support for 4K. Will the Z5 be “unhinged” and thus allowed to run at such a resolution 24-7? Would anyone even want this given the battery constraints that would presumably be raised? Could the Snapdragon 810 even accomplish such a task without severely overheating?

As was speculated in a recent piece about the Android 6.0 update, the sad reality is that nothing is likely to change at all, meaning that the powerful picture potential of 4K will be relegated to the confusing, convoluted scheme Sony has supplied the mainstream market with.

At the very least, the fact that Sony has released a device as peculiar and confusing as the Z5 Premium speaks volumes about the vision the company has for its product pipe-line and performance. How I pine for the Sony of days long since past…