The recent Google Pixel 4 leaks have amped up hype for the phone so much it even forced Google to give a little tease of its own. 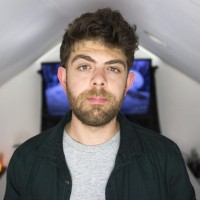 The rumors have been starting earlier and earlier with smartphone releases. These days, by the time a phone is shown on stage, we basically know everything about it. Phone launches seem to be more confirmations than announcements now, and by the time they happen many of us have been waiting to pre-order for a while.

That said, you should probably wait to buy the Pixel 4 if you, like me, are considering getting one.

No cool stuff at launch (probably) Everyone who pre-ordered the original Pixel received a free Google Daydream headset.

Incentives are the least important reason not to pre-order the Pixel 4, but they used to make it such a cool experience. Way back in October 2016 when the original Pixel was announced, anyone quick to pre-order received a free Google Daydream headset. While it wasn’t the most sought-after piece of hardware, it was a fun little nod to the core Google nerds who would probably be the most excited about it. It also was a chance for the company to show off its new VR platform, so it was a win-win. The Google Home Mini came with any pre-order of the Pixel 2 as well.

Anyone who pre-ordered a Pixel 2 also received a Google Home Mini. Again, a small “thank you” to the people who pre-ordered, and a chance to show off a new product and get it into people’s homes.

$50 to buy a case is much appreciated, but it isn't the same

What did you get when you pre-ordered a Pixel 3? A $50 credit to the Google Store. While $50 to buy a case or put towards the wireless charging stand is much appreciated, it isn’t the same. It felt like Google gave up on giving the core fans something new to try out.

Pre-ordering a Pixel always felt like you were going to get another hint at the future. With the Pixel 3 it felt like when you give someone you don’t know a gift card for their birthday party you showed up to last minute.

Granted, we’re still a way off from the launch, and Google could easily change its tune and bundle the Pixel 4 with a cool new gadget. Last year’s experience makes me cautious.

Wait for the deals

The second reason is arguably the most important reason: the deals. Almost immediately after the Pixel 3 was shipped, Google started having numerous sales and deals regarding its Pixel 3. You would’ve thought the phone was already a year old. Everywhere you looked there were deals for $50 off, $100 off, $200 off. For a short time, there was even a buy one get one deal. As someone who pre-ordered the phone and paid full price, it left a bitter taste in my mouth. If I just waited a few more weeks I could’ve saved some cash — I would gladly trade a month and a $50 gift card for hundreds of dollars back in my bank account. Unless you have money to burn, it seems like the best move is to wait a few weeks after the Pixel 4 gets released.

The Pixel 3a exists now The Pixel 3a offers most of the features of the Pixel 3 for a fraction of the price.

The next reason why you shouldn’t pre-order might not apply to every type of consumer, but it’s still worth considering. The Pixel 3a exists now, and if you don’t want to spend close to $1,000 on a phone, the 3a seems like a great way to save some cash and still get the full Pixel experience. It’s still unclear if Google will release a Pixel 4a in the same way, but considering how hard Google is marketing the new 3a, I’m willing to bet on it.

If Google sticks to the Pixel 3a’s blueprint, the 4a will likely skimp out on some of the higher-end features in the same way. The 3a lost the wireless charging and waterproofing of the Pixel 3, but for $399 you get the same camera, the same amount of RAM, and even a headphone jack. If there’s a sub-$500 Pixel 4a with 80 percent of the features of the Pixel 4 — coming just a few months later no less — why bother with the Pixel 4 at all? The previous Pixel launches were plagued with hardware issues. The original Pixel had spotty GPS and finicky Bluetooth, which wasn’t readily apparent at launch but eventually reared its ugly head, as people spent time with the phone. That issue was fixed with the Pixel 2, which instead suffered from full-blown screen burn-in in the XL version. The Pixel 3 fixed that, but some owners had to deal with poor RAM management to the point where taking a picture would close music apps. Luckily this was fixed in a software update.

Every time a Pixel phone has an issue, Google seems to learn from the mistakes and fix it in the next generation, but thus far there has always a new issue to deal with. What will it be this time? It might be a good idea to wait and find out before spending your hard-earned cash.

What do you think? If you already know you’re going to be buying a Pixel 4, do you think it’s worth pre-ordering or will you just wait it out to see the rest of your options? Let us know!