Now that OnePlus 2 invites are gone, what’s next for OnePlus? 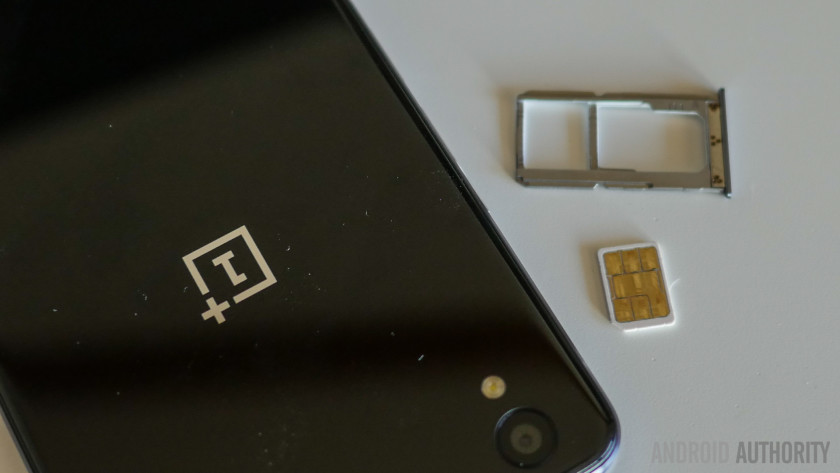 When OnePlus first entered the smartphone market with the OnePlus One back in 2014 it caused quite a stir. The idea that consumers should “never settle” for low quality budget phones was a powerful one, especially when OnePlus backed it up with a “Flagship Killer” like the OnePlus One, which could go toe-to-toe with the top smartphones of the day on paper, but cost around half the price, starting at $300.

The invite-only system, was a clever way to manage production, ensuring that the fledgling manufacturer didn’t overproduce stock and end up in trouble. It also sprinkled some exclusive stardust on the OnePlus One. Tell people that they can’t have something and many of them will only want it more. It was an impressive start, but the idea that the OnePlus marketing department was a repository of genius was soon laid waste.

Fast-forward a year and a half and things aren’t looking so rosy for OnePlus anymore. What has gone wrong? And can OnePlus turn things around? What should the company do to save itself?

The invite system has always been a bone of contention for OnePlus. It’s understandable that a newcomer to the scene with low margins would need a way to manage demand, but failure to strike while the iron is hot has probably cost OnePlus a lot of sales. It promised to sort things out for the OnePlus 2, claiming that invites would be easier to come by and handsets would ship faster.

In reality there were delays, even for the lucky few who managed to get an invite. The OnePlus 2 was delayed by a month for the U.S. and Canada. If OnePlus wants to stick around for the long haul, it definitely needs to ship more devices and ship them on time. No one likes waiting for a new phone, or having to scramble around to get an invite. There are signs that OnePlus may be realizing this, as it scrapped the invite system starting December 5th, though that could also be down to disappointing sales figures. You’ll be able to buy a OnePlus 2 without an invite from now on, but the OnePlus X is still only available through the old system. It’s probably time OnePlus ditched it for good.

The OnePlus 2 was described as a “Flagship Killer” when it clearly isn’t. There’s no doubt it is a very good phone for the $329 starting price (read our OnePlus 2 review for a closer look), but the lack of wireless charging, NFC, microSD expansion, and fast charging was disappointing. There have also been problems with the software. Look at phones like the Moto X Style and the ZTE Axon Pro, and you can see that OnePlus is starting to fall behind in this category.

.@vannoj OnePlus as a company needs to practice the art of under promising. ?

The market has moved on. First time around people were willing to put up with some of the problems because the OnePlus One represented a real bargain, but the OnePlus 2 doesn’t really stand out from the crowd. Prices in general have come down. OnePlus has more competition now, and the OnePlus 2 is closer to the mid-range than the cutting edge.

OnePlus may understand it has to change direction slightly, and the OnePlus X could be a sign of things to come. The company is now trying to deflect attention away from the spec sheet it shouted so loudly about with its first phone. The X has real potential for people seeking a smaller device. It’s a very good-looking phone, and by using an older processor, OnePlus has managed to cut the price to $250. The OnePlus X is a well-designed phone, with excellent build quality for the price, but it’s definitely a mid-ranger.

Maybe OnePlus needs to drop the flagship killer pretensions and aim to boss the mid-range with quality at affordable prices.

Sort out the software

The OnePlus partnership with Cyanogen, to ship its phones with the popular Android custom ROM pre-installed, seemed like a smart play that would appeal to the target audience for OnePlus. And it seemed to work well in the beginning. Unfortunately, the licensing agreement obviously wasn’t studied hard enough and sales of the OnePlus One were temporarily halted in India after Micromax pointed out that it had exclusive rights to distribute Cyanogen-branded products in South Asia.

OnePlus switched to its own, lightweight OxygenOS, which isn’t far off stock Android, but it has taken time for the bugs to be worked out, and it’s not exactly feature-rich. It’s tough to produce good quality, reliable software, and it’s a completely different beast from hardware. OnePlus still has work to do to really nail it with OxygenOS.

You don’t really have to look far to find complaints about the customer support that OnePlus offers. A lot of people have had trouble with RMAs, even with obviously legitimate issues. It’s hard to calculate the cost of treating a customer shabbily, but you can expect them to badmouth you loudly and never buy your products again.

We're learning and improving, but still have a long way to go. ? https://t.co/U9M82HlHYU

OnePlus is far from the only smartphone manufacturer with questionable customer support, but it should really work on improving it. Dealing with a complaint well can seriously boost brand loyalty and reputation, something OnePlus could really do with.

The biggest question mark still hanging over OnePlus concerns income. The company has admitted that its margins are razor thin, and it makes very little, if any, profit at all. It wanted to try and apply the Silicon Valley startup approach whereby it tries to create a good product and build a big user base, and then worries about how to generate profits down the line.

How long will its investors wait? Is it growing big enough, fast enough, to suggest that profits will follow? Much depends on how the OnePlus 2 and X sell. If they don’t draw in a big audience, then OnePlus surely won’t last much longer. How else is it going to make money? It’s not impossible for OnePlus to succeed, but it looks harder now than it did when the company first arrived on the scene.

Features
Tagged:
OnePlus, Opinions
OnePlusOpinions
Comments
Read comments
You Might Like
OnePlus and Oppo are apparently joining R&D forces (Updated: Official statement)
by Adamya Sharma10 hours ago
OnePlus 7 and 7T lines are finally getting their first taste of Android 11
by Adamya Sharma13 hours ago
We asked, you told us: OnePlus needs a ‘miracle’ to improve camera quality
by Andy WalkerJanuary 19, 2021
OnePlus co-founder Carl Pei will announce his new brand next week
by Hadlee SimonsJanuary 19, 2021
Latest
How fingerprint scanners work: optical, capacitive, and ultrasonic explained
by Robert TriggsJanuary 18, 2021
The best fitness trackers (January 2021)
by Jimmy WestenbergJanuary 18, 2021