(Update: it’s back) Tasker has been pulled from the Play Store 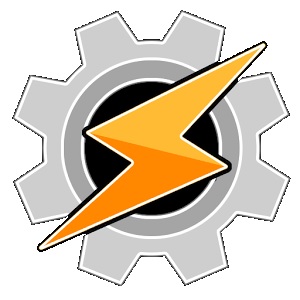 Update, November 18: Tasker has been reinstated in the Play Store. A Google spokesperson told Android Police that Google “worked very closely with the developer to resolve the situation and ensure that the app was in compliance with our policies.”

Original post, November 17: Popular automation app Tasker disappeared from the Google Play Store this morning and looks to be the latest victim of Google’s sometimes heavy handed policing of its app store. We’re big fans of Tasker’s huge range of possibilities, so seeing the app disappear without warning is a little concerning.

According to the developer, the app has been removed for violating the Developer Programme Policy regarding Dangerous Products, probably for system interference. More specifically, the issue appears related to Doze and App Standby features, which should be used instead of a blanket permission to ignore battery optimizations. Apparently, use of android.permission.REQUEST_IGNORE_BATTERY_OPTIMIZATIONS is only allowed for chat and voice apps. This has been used by Google as an excuse to remove other apps from the store in the past as well.

“Google have removed it, as far as I can see mistakenly since they are complaining about something being in the manifest which is simply not there. In a couple of days, after I’ve got a few thousand complaint emails, they may have gotten round to reading the appeal.” – Pent

While perhaps we could understand Google looking out for user battery life, apparently no version of the Tasker app using the forbidden permission has actually found its way onto the Play Store. A separate beta available for download from the Tasker website contains this function, which seems to have rubbed Google up the wrong way and resulted in a pre-emptive strike.

This isn’t the first time that popular apps have been removed from the Play Store with seemingly very little warning beforehand, and we have to wonder why Google has decided to suddenly shut-down a full app just for a feature included in a beta hosted outside of its store.

If you still want to download the app, you can do so through the Tasker website. Hopefully the issue can be resolved and the app will be reinstated to the Play Store very soon.