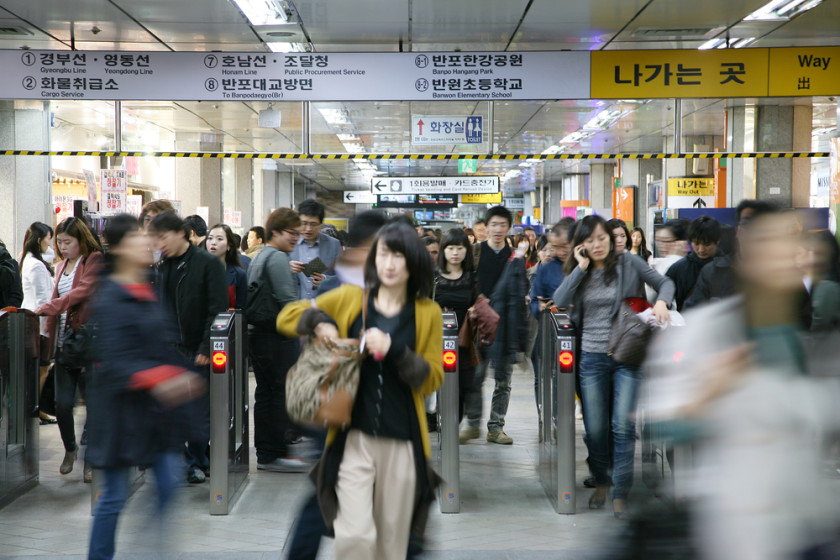 If, like me, you spend a fair amount of time zipping around on public transport, then you might be interested to hear that Samsung Pay has just launched its dedicated transport payment service in South Korea.

“Samsung Pay’s Transportation Card Service provides our customers with a much more convenient and diverse mobile payment experience. We plan to extend our partnerships so that we can move even closer to a world where we can easily and safely make payments without having to carry around a wallet.” – Samsung

We don’t have any official word about expansion plans yet, but hopefully Samsung will be looking to roll out a similar transport payment system to other countries and cities too. China, Spain and the UK are set to receive Samsung Pay in 2016, and I could certainly see myself using a smartphone to tap in and out of the London Underground.

News
Tagged:
Samsung, Samsung Pay
SamsungSamsung Pay
Comments
Read comments
You Might Like
OnePlus 9 Pro vs Samsung Galaxy S21 Ultra: Which should you buy?
by Luke Pollack6 hours ago
Samsung’s latest Galaxy A phones arrive in the US (Update: On sale now!)
by Jon FingasApril 9, 2021
Samsung launches ‘iTest’, an app for iPhone users to try the Galaxy experience
by C. Scott BrownApril 8, 2021
Samsung’s Galaxy SmartTag Plus available to pre-order (Update: Release date)
by Andy WalkerApril 8, 2021
Latest
The best Wear OS watches (April 2021): Mobvoi, Suunto, and more
by Jimmy WestenbergApril 8, 2021
10 best fitness apps to get into shape and stay there
by Joe HindyApril 7, 2021