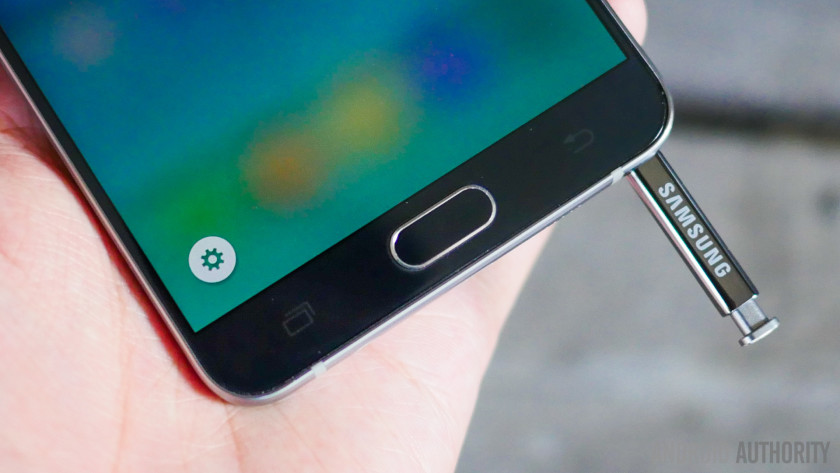 Not too long after Samsung’s Galaxy Note 5 was released to the masses, many consumers began trying to insert the S Pen in their devices the wrong way, only to discover that this would actually stop the phone from recognizing when the S Pen was being inserted or removed. If you managed to get the S Pen out after inserting it backwards, you could still use it, but there would be no sound or vibration, and the relevant software-related action would no longer trigger upon removal. Some say this is a design flaw on Samsung’s part, some say the fact that this is happening is a user error (I’m in the former camp, by the way). The fact of the matter is, it’s a problem, and Samsung has been doing very little to ensure this doesn’t happen to consumers.

That is, until now. Samsung is now stepping up its efforts to ensure users don’t break their $700 smartphones by putting a warning label on the factory screen protector on new Galaxy Note 5 devices. The warning reads:

Warning! Be sure to insert your S Pen with the nib pointed inward. Inserting the S Pen the wrong way can cause it to become stuck and can damage the pen and your phone. 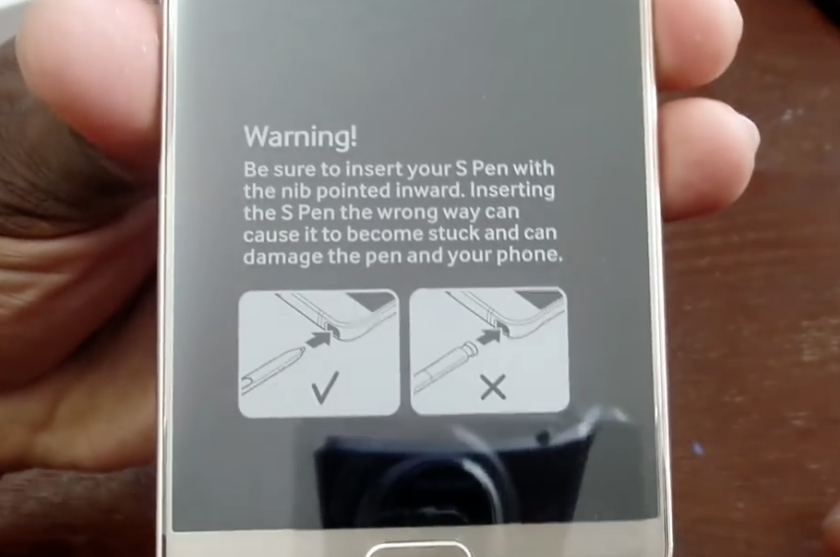 It’s still entirely possible for users to disregard this warning label while unboxing their phones, sure. But now that Samsung is putting a warning on the front of new Note 5 units, it’s becoming a little more difficult to blame the phone maker for this flaw.

If you happen to own a Note 5 and have inserted your S Pen in backwards, be sure to watch this handy YouTube tutorial on how to get your S Pen unstuck with just a piece of paper.