Revamped Samsung Galaxy A5 and A3 leaked Judging by newly spotted leaks and benchmarks, it appears that Samsung is preparing to launch updated versions of its mid-tier Galaxy A5 and A3 smartphones. The revamped handsets will feature a visual redesign and some improved hardware specifications.

In terms of design, the speaker grill looks to have been moved to the bottom of the handsets like the Galaxy S6 range, while the camera and LED flash take on new forms. The phones also appear to feature a reflective or glass back this time around, rather than the matte medal finish of the current generation handsets. Click on the pictures below for a closer look. 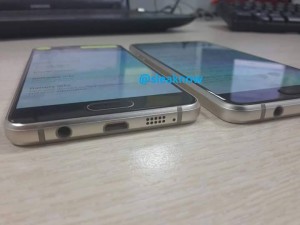 It is not clear if these new handsets will ship with a fingerprint scanner or not. But if Samsung is planning to bring its Samsung Pay technology to a wider range of handsets in the near future, the company may choose to start with its next generation of mid-range hardware.

Samsung originally introduced the Galaxy A range of smartphones to bring a little more of the company’s flagship feel and features to its mid-range products, and it looks like these second generation editions will continue this trend. What do you think about these handsets?

News
Tagged:
Rumors, Samsung, Samsung Galaxy A3, Samsung Galaxy A5
SamsungRumorsSamsung Galaxy A5Samsung Galaxy A3
Source: @sleaknowGeekBench (1)(2)
Via: Phone Arena
Comments
Read comments
You Might Like
A new Galaxy S20 report just put a damper on those 10x optical zoom rumors
by Adamya Sharma9 minutes ago
When should you expect to receive Android 10? (Updated January 17)
by Team AA4 hours ago6241 shares
Deal: Amazon sale offers 15% off the Samsung Galaxy Buds
by Phillip Prado15 hours ago52 shares
Samsung Galaxy A51 and Galaxy A71 announced (Update: 5G version in US)
by Hadlee Simons17 hours ago1220 shares
Get the Android Authority app on Google Play
Sunday Giveaway