Huawei P9 caught in the wild with dual-camera setup The Huawei P9 might have been a no-show at MWC 2016, but that doesn’t mean it hasn’t been out and about lately. Two new photos of the successor to the Huawei P8 have been caught in the wild, but rather than lock down previous leaks, they seem to contradict one another, further deepening the mystery surrounding Huawei’s 2016 flagship.

The first of the images shows a dark gray or black metallic device inside a matte plastic dummy case. The dual camera lenses are clearly visible behind a single glass panel, making the Huawei P9 likely to be the second device to hit the market with two primary cameras for wide-angle photography after the LG G5. There’s a two-tone flash and what looks to be a laser auto-focus module next to the camera array. Below that is a squircular fingerprint scanner. A small bulge at the top edge of the case looks to be for the headphone port but the other image doesn’t seem to share this feature and other P9 case leaks have the headphone port located on the bottom edge. 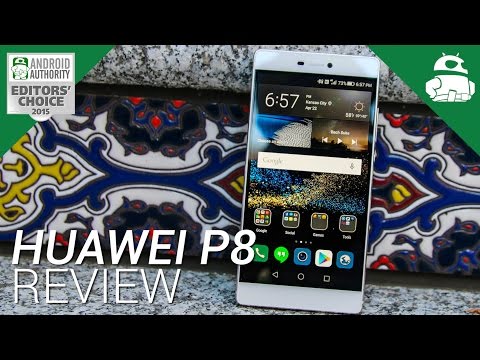 The other image shows a silver phone – that also looks to be made of metal – inside another dummy case with a textured black pattern. There’s two curious points to note about this second image. The first is that the camera lenses now seem to have individual discs of glass covering each of them rather than a single pill-shaped piece, which lines up with previous Huawei P9 render leaks, which also put the headphone port on the top edge. The second difference is that the finger scanner has changed shape to a much more squared design than the other photo. Of course, we could very well be looking at two different prototypes and not the final design or one might be final and the other is a prototype. Either way, with only a few weeks left until we expect the Huawei P9 launch, we won’t have much longer to wait and find out. Another leak reportedly shows the metallic frame of the Huawei P9 in a lab tech’s hands, revealing button placement and the fact that the P9 will not be a unibody design. As you can see in the image above though, the P9 will likely have a metal plate on the back with a glass strip at the top. The specs so far leaked include a 5.2-inch Full HD display, Kirin 955 SoC, 4 GB of RAM and 2,900 mAh battery. The cameras are reported to be 12 MP on the back and 8 MP up front, with four different Huawei P9 variants planned, including the P9, P9 Lite, P9 Max and a more “premium” P9 which is what we could be seeing here.

News
Tagged:
Huawei, Huawei P8, Huawei P9
HuaweiHuawei P9Huawei P8
Source: WeiboCNBeta
Via: GSM Arena
Comments
Read comments
You Might Like
‘Publish it, let the world see it,’ says Huawei on US evidence of alleged crimes
by C. Scott BrownFebruary 14, 20201159 shares
Huawei’s latest license extension cut in half by US government
by Adamya SharmaFebruary 14, 2020509 shares
When should you expect to receive Android 10? (Updated February 14)
by Team AAFebruary 14, 20206966 shares
US government indictment of Huawei released and it’s a pretty intense read
by C. Scott BrownFebruary 13, 2020300 shares
Get the Android Authority app on Google Play
Sunday Giveaway