High hopes and low expectations for the Google Pixel Buds 2 The Pixel Buds 2 feature an attractive, minimal design no matter the colorway. 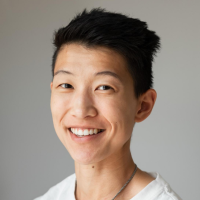 The dust has settled from the Made By Google event, and the Pixel Buds 2 continue to garner plenty of attention from media outlets and consumers alike. There’s a lot to love about these earbuds on paper, but it’s all too easy to get lost in the hype. After all, the original Pixel Buds also seemed promising, yet left us wanting more. Google swings hard at the Apple AirPods with its latest earbuds, but there are a few concerning features abound.

The Pixel Buds 2 may not deliver on everything

Suffice to say, Google understands comfort was an immediate disappointment in the first-generation model. Consequently, it’s trying to course-correct with the true-wireless Pixel Buds. Again, this seems promising. The company is using a three-point anchor system, conceptually similar to the Sony WF-1000XM3 which are remarkably comfortable. Yet, the flat disc panels are cause for concern. Yes, they rest nearly flush with the outer ear, but the large diameter could easily pose a problem for those with small ears. Comfort aside, stability does seem to be a redeeming quality. Google has gone to great lengths to ensure a secure fit. Gone are the odd loop mechanisms found in the old Pixel Buds. Instead, Google chose a more conventional stabilization technique by way of silicone wing tips and gently contoured nozzles. The circular housings may cause discomfort for those with smaller ears. Update, October 22, 2019 (12:00 PM ET): Today, Google officially revealed that the Google Pixel 4 supports dual-SIM dual-standby (DSDS), which we had already confirmed in the article below. However, Google also revealed that its own …

A secure fit isn’t worth much, though, if you can’t enjoy your music. The ambient vent located at the bottom of each earbud can be a pro or con depending on what you prioritize. If you’re a commuter who walks to the office, environmental awareness is invaluable. Unfortunately, vigilance is at the expense of audio quality. The Pixel Buds 2 are said to deliver high-quality audio. However, if you’ve ever increased the volume to drown out subway car neighbors, you know how external noise makes it difficult to hear audio playback.

This phenomenon is called auditory masking. Our brains can only process so much information at once. When noises compete for our attention, our prehistoric brains perceive the louder one with greater ease over a quieter one. While this is appreciated from a survival perspective, it doesn’t benefit audio reproduction. Each snail-shaped earbud houses an air vent, which permits the ingress of external noise.

Additionally, I was hoping Google would partner with Qualcomm for aptX support. Notably, there was no mention of any high-quality codec support at the event. The Pixel Buds 2 official product page also omits any Bluetooth codec information, leading me to believe it’s altogether absent just like the original Pixel Buds.

Another dubious specification is battery life. After reviewing dozens of true-wireless audio products, it’s apparent that battery life ratings lean toward the generous end of the spectrum. More often than not, a company’s posited playback time for its earbuds falls short of real-world use. True-wireless technology has advanced to the point whereby five hours of playback just doesn’t turn heads. Plus, I suspect this duration will be shy of the five-hour mark when subjected to objective testing measures.

If you had the opportunity to use the original Pixel Buds, you may have walked away feeling frustrated by the touch controls which many listeners said were too sensitive. This time around, Google is doubling down on its touch-sensitive panels. We won’t know how functionality compares to the previous generation until we spend ample time with the earbuds. Still, I’m anxious about its performance.

There’s still plenty to get excited about Users are afforded an exceptional wireless range with the Pixel Buds 2.

While I hold firm that the Pixel Buds 2 won’t be crowned a groundbreaking pair of true-wireless earbuds, there remains a lot of reasons to be excited about their release.

For one, the extended Bluetooth range is remarkable. Osterloh cited an outdoor wireless range of an entire American football field. This means you could run laps around the community track with these sweat-resistant earbuds and forgo one of those smartphone arm holsters. What’s more, the indoor range was given a three-room distance. While this is a strange and vague way to measure distance, I’m optimistic about its real-world application. At the very least, it seems like leaving your phone in a gym locker room while exercising should prove free of connection stutters.

What’s more, these earbuds are packed with sensors much like the Apple AirPods and Beats Powerbeats Pro. The integrated sensors force the microphone to focus on your voice and refrain from transmitting excess background noise. Osterloh was so confident in the technology he gave the example of biking while taking a call, an otherwise impossible act with nearly any alternate pair of truly wireless earbuds. Google is including a wireless case with the Pixel Buds 2. This appears to be a direct jab at Apple. If you want wireless charging with the latest AirPods, you’ll have to cough up an extra $40.  This is a huge plus for anyone who wants to be on the cutting edge of technology without being slapped with additional charges. The company does, however, permit hands-free Google Assistant access as the new AirPods do with Siri. Not only will this make checking and responding to notifications easier, again positioning the company squarely against Apple: hands-free Siri access was a huge selling point of the new H1 chip within the 2019 AirPods.

The earbuds are jam-packed with sensors, some of which are dedicated to ensuring clear voice transmission.

With so many true-wireless earbuds coming down the pike, it’s increasingly difficult for audio manufacturers to secure a loyal following. While the Google Pixel Buds 2 may not be the end-all, be-all of true-wireless technology, they’re bound to attract Google Pixel 4 owners. If nothing else, hopefully, the extended Bluetooth range sets a new precedent for the next generation of truly wireless earbuds.

Opinions
Tagged:
Audio, Google, Google Pixel Buds
GoogleAudioGoogle Pixel Buds
Comments
Read comments
You Might Like
Google gives Android tablets a second chance with Entertainment Space
by Jon Fingas1 hour ago
Google briefly spoils the Pixel Buds A-Series launch
by Jon Fingas22 hours ago
Google could be working on UWB support for Pixel 6
by Hadlee SimonsMay 3, 2021
When should you expect to receive the Android 10 update? (Updated May 2)
by Mitja RutnikMay 2, 2021
Latest
11 best video editor apps for Android
by Joe HindyMay 3, 2021
15 best Android emulators for PC and Mac of 2021
by Joe HindyMay 3, 2021