With so many major flagship devices on the market, it can be difficult to tell which handset boasts the best camera of them all. Big players like Samsung, HTC, Apple and Sony tend to pique the interest of many users, so let’s take a look at how each camera performs against one another.

Brought to us by Flickr user Matthew Miller, the photos attached below pit the Samsung Galaxy S6 Edge, the HTC One M9, the Apple iPhone 6 Plus and the Sony Xperia Z3 against each other. We’ll have a few camera shootouts of our own coming to you soon, but for now, let’s take a look at the images below. (Order of photos from top to bottom: Galaxy S6 Edge, One M9, iPhone 6 Plus, Xperia Z3) 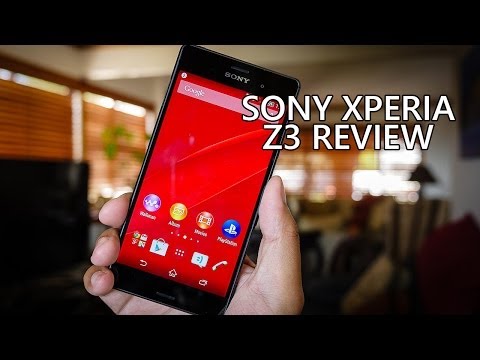 Before we get into specific situations, we should get some specifications out of the way. The Galaxy S6 Edge has a 16MP sensor with OIS and an f/1.9 aperture. Samsung decided to ditch its ISOCELL technology it used on the Galaxy S5 in favor of a more conventional sensor. The HTC One M9 has a 20.7MP with no optical image stabilization and an f.2.2 aperture. While HTC decided to move its UltraPixel tech to the front this time around, the lack of OIS and poor low light performance leaves a lot to be desired. Apple’s iPhone 6 Plus has an 8MP sensor, 18mm squared sensor shooting at a 4:3 aspect ratio and an f/2.2 aperture with image stabilization. The iPhone 6 Plus’ camera is known to be one of the best on the market, but perhaps it’s finally feeling the heat from the competition. Finally, the Xperia Z3’s camera has a 20.7MP sensor with an f/2.0 aperture and no optical image stabilization. In our full review, we praised the camera for its powerful camera, though the software-based image stabilization tech just doesn’t compare to true OIS.

Take a look at the images of the gum-covered wall above. It’s easy to spot that the S6 Edge and iPhone 6 Plus cameras pull out ahead, offering up more true to life colors, while the One M9 and Z3 photos are more washed out. The One M9’s shot is particularly bad in this situation, struggling to capture the correct amount of light. The flowerpot images are some of the more low light shots in the gallery, and the differences are less stark than the first photo set. The Galaxy S6 Edge and Xperia Z3 offer the brightest shots, but the Z3 struggles with contrast a bit more than the rest. The HTC One M9 has the darkest shot out of the bunch, but the most well-lit areas are spot on in terms of saturation. As for the last photo set, the four flagship cameras are tested out in a fish market with very low light. The S6 Edge’s photo looks to be much warmer than the others, really bringing out the details in areas with little light. The iPhone 6 Plus also brings out a good amount of detail in these areas while the One M9 and Z3 suffer in low light performance.

These camera samples go to show that megapixels don’t mean everything. Samsung and Apple’s cameras both have the lowest megapixel count, and generally speaking, both performed the best in all of these situations. We will of course have some more camera shootouts for you in the future, but for now, hopefully these sample images help you decide which camera is your favorite. There are quite a few more images posted on Matthew Miller’s Flickr account, so I’d urge you to check those out for some more clarification.

So what did you think? Which camera came out on top?

49 minutes ago
You Might Like
Get a free iPhone SE from Sprint, and more of the best iPhone deals
by Ryan HainesMay 26, 2020
HTC still alive, could release a 5G flagship in summer: Here’s what we know
by C. Scott BrownMay 25, 2020441 shares
Apple iPhone buying guide: Which iPhone is right for you?
by Mitja RutnikMay 25, 2020
Sony Xperia 1 II gets release date and absurdly high price
by Dave LeClairMay 24, 20201191 shares