Amid the growing cries of Samsung “forgetting”  and “pretending it doesn’t exist”, the Galaxy Note 4 managed to do the seemingly impossible when it was updated to Android 6.0 Marshmallow, at least for some users in Hungary. In truth the word is still out as to just how it happened, though it is believed to have been a mistake, similar to how some T-Mobile users found themselves in a similar situation with the Galaxy Note 5 last month. Nonetheless, one of the lucky users (ardaiaron) running Marshmallow has decided to post some footage on YouTube:

The video, which is about seven and a half minutes, highlights a few key points about Marshmallow on the Note 4, though many of them are problems rather than positives: 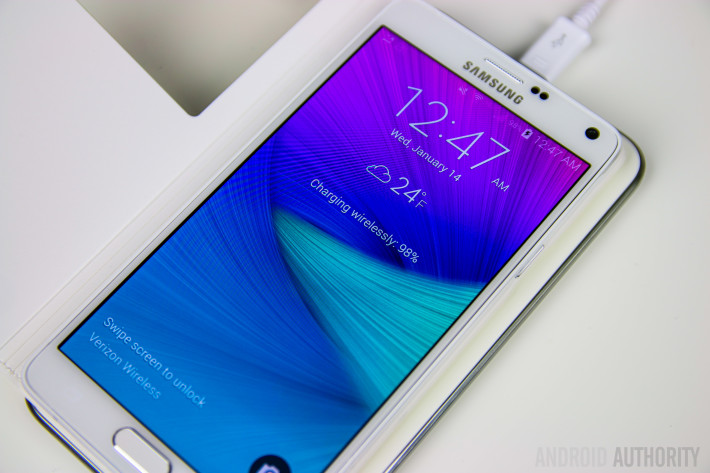 As we reported yesterday, this update is seemingly only available for the Galaxy Note 4: SM-N910F variant and may be part of a soak test or, as suggested in the introduction, possibly even a mistake. It should be noted that the visual changes seemingly being introduced to the Galaxy S6 Marshmallow build are nowhere to be found here.

In addition to the changes detailed in the video, Marshmallow also brings with it some core OS related improvements, including the new Doze mode to save on idle battery power consumption and Google Now On Tap, designed to search for results based on whatever content and text is displayed on-screen. The update is also said to offer some performance improvements, though with this particular build that does not seem to be the case.

We want to hear from you! Have you managed to score the update or flash it? Would you considering using it based on the performance as seen in this video? Have your feelings about the Galaxy Note 4 changed now that it is clear Samsung is working on merging it with Marshmallow? Leave us your thoughts and comments below!