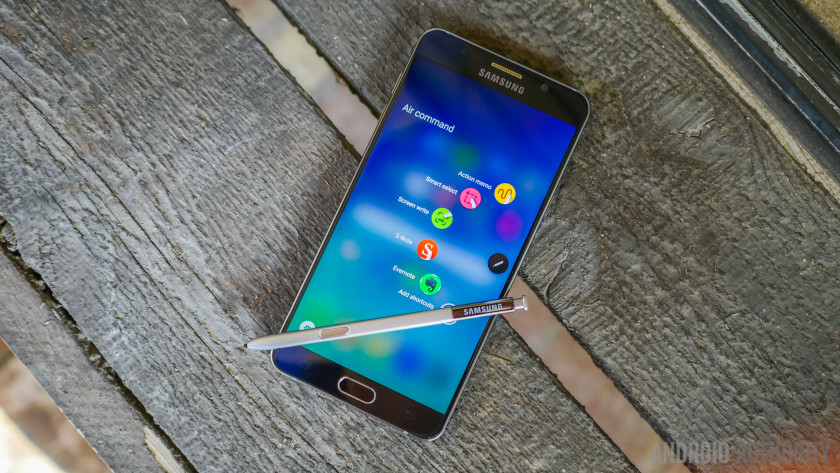 Update, 2:30PM: Danon Brown, with help from fellow XDA-er arter97, has come through with a system dump of the Note 5 Marshmallow build, as well as a full partition dump. Now it’s time to wait and see what goodies come out of it.

Original post, 04:40AM: We know that Samsung is working on bringing Marshmallow to its flagship collection, including the Galaxy Note 5. The timeframe of the update rollout is less clear, though if the experience of one T-Mobile user is any indication, Samsung has already made substantial progress.

XDA-developers forums user Danon Brown reports that his Note 5 (SM-N920T) received an update to Marshmallow by accident. Danon was playing with his phone’s software and ran into a problem regarding the IMEI code. He used Samsung’s Odin software to revert his device to the stock firmware and then he checked for updates. Instead of the most recent official firmware for his device, the phone updated to build.number MRA58K.N920TUVU2DOK5.

If you’re not fluent in OTA firmware numbers, MRA58K is the number of the stock Android 6.0 firmware released by Google on September 6.

Danon has several screenshots as proof that his device has indeed received a major update. It’s important to note that we could be looking at a prank here, and, even if it’s legit, this build is likely not-final, so nothing is set in stone for now.

Also, the visual changes could be due to a theme being applied, though one of the screenshots shows that only the default theme was installed on the phone at the moment.

The most visible functionality change is the new permissions system – apps like Gmail or Hangouts now request access to specific capabilities when first ran. Unfortunately, Danon Brown didn’t provide more details about the build, but he said he would try to extract a system dump from his device. In any case, we’ll keep an eye on the thread and update you if info that is more substantial leaks out.

It wouldn’t be the first time a user receives test firmware by accident. Last December, a Vietnamese user received an early Lollipop build on his Note 3 and promptly leaked it online. Perhaps history will repeat itself?

News
Tagged:
Android, Samsung, Samsung Galaxy Note, T-Mobile
SamsungAndroidSamsung Galaxy NoteT-Mobile
Comments
Read comments
You Might Like
Samsung Galaxy Watch 4: Everything we know so far
by Jon Fingas15 hours ago
We asked, you told us: Most readers would buy continuous zoom camera phones
by Andy Walker23 hours ago
Sony Xperia 10 III announced (Update: Pricing and EU pre-orders revealed)
by Hadlee SimonsMay 12, 2021
Exciting rumored feature of Galaxy Watch 4 might not happen after all
by C. Scott BrownMay 12, 2021
Latest
How to set an MP3 file as a ringtone or notification sound on Android
by Edgar CervantesMay 10, 2021
How to transfer photos from iPhone to Android
by Edgar CervantesMay 10, 2021