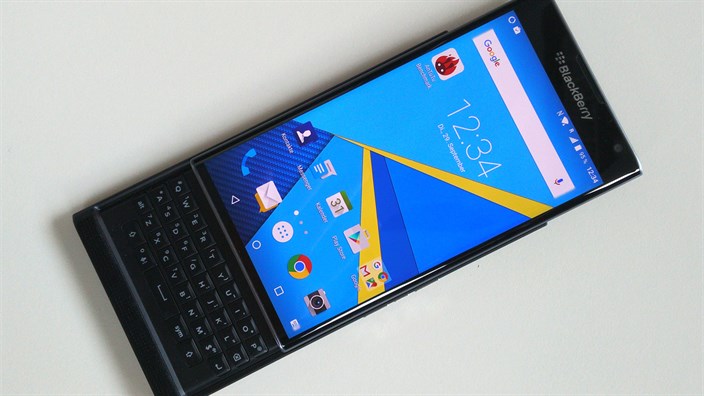 If you happen to purchase your device from a Canadian carrier, though, your device will still be missing wireless charging support.

Original post (11/9): If you were paying close attention back in October when BlackBerry released the device’s specs, you might recall reading that it featured “Dual mode Wireless Charging capable for Powermat (PMA) and Qi.” However, when eager BlackBerry fans north of the US border finally got their hands on the Priv this last week, they discovered a curious thing. It did not, in fact, have wireless charging. What’s the deal here? You don’t have to look hard to find people merrily charging their new Privs on Qi chargers, so why does charging for Canadians seems suspiciously… wireful?

The Canadian mobile enthusiasts over at Mobilesyrup  had the same question, so they got on the phone and pressed BlackBerry until they got a straight answer. It turns out that whether or not your BlackBerry Priv has wireless charging capabilities depends entirely on where you bought the device. There are effectively two models of the Priv currently on the market: the STV100-1 and the STV100-3. Aside from the STV100-3 model having broader LTE band support, the only difference between the two variants is the wireless charging support on the STV100-1 model.

If you’re shopping in the US, things are pretty simple. Phones are typically sold through two avenues: either through mobile carriers or through BlackBerry themselves. If you get your BlackBerry Priv from a carrier like AT&T, they’re all selling the STV100-1. If you buy your Priv through ShopBlackBerry.com, no problem there either, because they’re selling the STV100-1 too.

However, things are a little weirder in Canada right now. It’s the same basic setup in that you can either buy your phone through your carrier or through ShopBlackBerry.com, but Canadian carriers are only selling the non-wireless-charging STV100-3. You can try to get around this by ordering what is described as a model STV100-1 from BlackBerry, but whereas that model’s US description explicitly mentions wireless charging, Canadian visitors to the site will find this feature conspicuously absent. It’s still called an STV100-1, but the device you receive in the mail won’t have wireless charging either.

After some pressing, an unnamed BlackBerry representative eventually acknowledged that cost “was a major factor” in deciding to put a slightly nerfed version of the Priv on the Canadian market.

Why is this an issue? The reigning theory is that it has to do with the current disadvantageous exchange rate between USD and CAD. BlackBerry apparently decided that it was a better move to remove a feature from the Canadian version of the phone to make the device cheaper to produce instead of eating the profit loss or raising the cost of the device in Canada.

So enjoy your sweet, sweet wireless charging, US citizens.  Not all BlackBerry owners are so Priv-ileged.