Our Best of Android devices, apps, OEMs and innovations of 2015: the winners are… What a year it’s been! Arguably the year that’s flown by the fastest, 2015 has seen companies expand their portfolios in a bid to capture customers at every price point imaginable.

From the ever more competitive low-end to the mid-range – which has now become the affordable flagship – and the ultra high-end, along with the devices that aim to bridge the gap between these different sections, this year has seen hundreds of Android smartphones released. But which have stood out from the rest of the crowd?

While we’ve used our Best of Android 2015 comparison to help decide which flagship smartphone is the best of the year, we also want to recognise the other smartphones, tablets, apps, games and wearables that have helped expand the mobile industry.

Introducing the first annual Android Authority Awards – it’s time to find out what’s been the Best of Android this year!

We’ve categorised the devices into several different sections and as a team, we’ve picked our winners for each of the sections along with two honourable mentions, i.e. the devices that stood out, but didn’t quite win the main prize!

Here’s the nominations and the all important winners! Flagship of the Year

For this, we picked six ultra-premium phones from six OEMs and conducted the Best of Android 2015 comparison! After lots of in-depth testing – which you can read the summary of here – which flagship smartphone stands out above the rest? The winner is: Samsung Galaxy Note 5

As the Best of Android series showed, the Galaxy Note 5 is a very consistent performer; while other smartphones do excel in certain categories, the Note 5 comes in the top two in five out of the six categories (and it was third in the other). From a refreshed build and much improved software to an excellent camera – albeit not the best – and under-the-hood optimisations, there’s a lot to like about Samsung’s latest Noteworthy smartphone. 
Google’s flagship for 2015 certainly bought a lot to the table, with the Huawei-made handset bringing a metal build, one-touch Nexus Imprint fingerprint sensor and Marshmallow OS. The 6P beat out a couple of devices to come second in our Best of Android comparison. 
At the beginning of the year, you’d probably have laughed if we had said that BlackBerry would make one of the hottest Android handsets of the year, but they did, and although it’s not perfect, the BlackBerry Priv is definitely one of the most unique devices this year.

Mid-range Smartphone of the Year

What makes a mid-range smartphone? A year ago, it would be the smartphone that aimed to offer as close an experience to the flagships as possible but at a lower price, but this year, we’ve seen the mid-range evolve so the mid-range is now the affordable flagship that offers most of the experience of the ultra-premium category without the large price tag. Here’s the phones that made the cut: The winner is: Nexus 5X

Google’s Nexus lineup bounced back with a bang this year and the Nexus 5X is unanimously our Affordable Flagship smartphone of the year 2015. Bringing premium specs, the Nexus Imprint fingerprint sensor and the latest Marshmallow OS, the LG-made Nexus 5X aims to deliver bang for your buck and it certainly succeeds! OnePlus might have had limited success with its OnePlus 2, but the company’s OnePlus X was announced just this past month and offers impressive specs at a very affordable price. As far as affordable flagship’s go, this is right up there. Motorola introduced not one but four Moto X devices this year and the Moto X Play aims to bring the Moto X appeal at an affordable price, and it mostly delivers. While it’s not perfect, the Moto X Play delivers an almost-stock experience for those who don’t quite like the Nexus.

Battle of the minis: OnePlus X...

Budget Smartphone of the Year

From the affordable flagship to the budget – which smartphone offers the best experience at the sub-$250 price tag? The budget range is becoming a fiercely contested market so which smartphone is the best to buy if your budget is limited? Here’s the few handsets that we nominated for this category: The winner is: Asus Zenfone 2

When it comes to looking for a smartphone on a limited budget, there’s no better place to start than the Asus Zenfone 2, which brings an impressive 5.5-inch 1080p display, 3000 mAh battery, 4GB RAM, 13MP rear-facing camera, powerful 64-bit Intel Atom Z3580 processor and Android 5.1 Lollipop. At either $199 or $299 depending on the version, it’s certainly offers a lot of value for money and is a worth winner of our budget award. 
Motorola arguably kicked off the premium budget category with the first Moto G and this year’s edition continues that trend, offering impressive specs, customisable colours and a water resistant build at an affordable price.


Chinese companies are beginning to dominate at all price points and Meizu has steadily been releasing a range of impressive affordable handsets, including the M2 Note, which improves the already-impressive M1 Note.

Battle of the minis: OnePlus X... 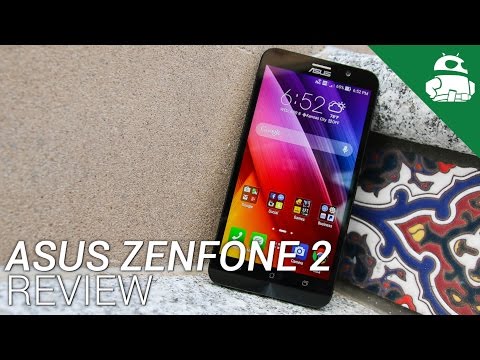 Wearable of the Year

From smartphones to the other smart devices that are proving to be ultra popular: this year has seen some very interesting smartwatches released. Which devices are the best for your wrist? Here’s the few wearables we think stand out from the rest: The winner is: Samsung Gear S2

Since the first Galaxy Gear, Samsung has released a total of 7 Gear smartwatches, but the Gear S2 is the first that really stands out. The new circular bezel combines with the custom Tizen interface to offer an unrivaled experience that’s polished and well thought-out. Android Wear should take note. 
It took a long time to come to market, but it was worth the wait, with the Huawei Watch offering sleek curves, timeless style and a choice of finishes to suit every discerning taste and budget. 
How do you take one of the sexiest wearables of last year and make it better? This was Motorola’s challenge and a range of customisations coupled with design tweaks certainly deliver.

App of the Year

To find out which app we’ve crowned as the best of Google Play this year, head over to our Best Apps of the Year roundup!

Check out the Best Apps of 2015 roundup!

Game of the Year

While apps help advance what we can do with our smartphones, games provide the release of actually enjoying the powerful devices we carry in our pockets. With the internals advancing at an ever-increasing rate, these portable devices can prove to be powerful gaming beasts and there’s a slew of new apps that aim to take advantage of the capabilities. Here’s our top Games of the Year:

To find out which game we’ve crowned as the best game on Google Play this year, head over to our Best Games of the Year roundup!

Check out the Best Apps of 2015 roundup!

OEM of the Year The winner is: Huawei

What a year it’s been for Chinese company Huawei: this time last year, the company had just launched the Mate 7 and was looking forward to 2015, and one year later, the company has had an outstanding year. From its P8 flagship in April to the Mate S in September coupled with a new Honor 7 flagship, Huawei has made some outstanding devices, not least Google’s 2015 flagship, the Nexus 6P. The quality of the Nexus 6P means Huawei just edges Samsung into second place.


There’s no doubt that Samsung has transformed itself this year with the company’s product portfolio last year looking significantly inferior to the quality produced this year. With devices like the Galaxy S6 Edge, Note 5, S6 and more, Samsung has produced some very impressive handsets this year and 2016 should hopefully bring more of the same.


The LG G3 was one of the highlights of last year and this year, LG aimed to keep it up with an improved handset that was certainly impressive. The real highlight this year has to be the metal-clad dual-screen wielding LG V10, which comes complete with a fingerprint scanner. Here’s hoping 2016 brings more of the same.

Innovation of the Year

Every so often, a device comes along that is truly innovative and the Innovation of the Year award is designed to recognise the handset that has truly shocked the market? When considering this, we’re asking which handset has inspired other OEMs and consumers at large while also attempting to push the boundaries of what is possible for smartphones as we know them.

Here’s the devices that have inspired the market and pushed the technological envelope: Curved displays are certainly not new but this year, Samsung aimed to prove that they could be useful. While they certainly succeeded in some elements, the Edge screen isn’t perfect but did prove that curved displays could have a place in the market. Hence, BlackBerry used a similar curved panel in its BlackBerry Priv and showed that more than just Samsung can make a dual curved smartphone that’s functional and stylish. 
Let’s be honest – at the beginning of 2015, no-one believed that BlackBerry could make a functional, yet stylish and premium Android smartphone, yet the Priv is exactly this and more. Combining a physical QWERTY keyboard with a stylish dual curved display and impressive specs, the Priv is certainly an impressive and innovative smartphone. What a year it’s been

2015 has been truly amazing, but tech in 2016 shows no signs of letting up. With so many possible winners, picking the best devices, wearables, games, apps, OEMs and innovations was certainly a challenge, but the winners and nominees are, in our view, the best that Android had to offer this year.

Features
Comments
Read comments
You Might Like
Here are the best Sprint plans available right now (Feb 2020)
by Matt Horne13 hours ago41 shares
Android 9 Pie update tracker: When will your phone get it? (Updated February 18)
by Team AAFebruary 18, 202095420 shares
Are you concerned about foldable phone durability? (Poll of the Week)
by Jimmy WestenbergFebruary 17, 202070 shares
How much does it cost to replace a foldable phone’s screen?
by Hadlee SimonsFebruary 17, 2020322 shares
Get the Android Authority app on Google Play
Sunday Giveaway