Verizon and AOL announced their agreement for an acquisition only six weeks ago – an agreement that these joint companies today see finalized. As previously stated, Big Red is purchasing AOL at $50 per share, adding up to a grand total of $4.4 billion USD.

This is definitely one of the biggest acquisitions we have seen in the mobile industry in a while, and it is likely the most significant one Verizon has gone through in a long time. The real doubt here revolves around the carrier’s intentions behind purchasing a company like AOL. What is it they really want with this network of internet solutions and services? You would be right to assume this acquisition has nothing to do with AOL’s once proliferous dial-up services, which managed to mark a generation (and did you know they still have about 2.1 million subscribers?!). How many of us haven’t at least heard that “You’ve got mail” notification? You would have to be pretty young. Regardless, the point here is that AOL has become an important presence online (as opposed to being an internet provider), and that is an ambition they definitely share with Verizon Communications.

Verizon Wireless has been much more than a cellular carrier lately. Remember this company is pretty much a business empire. They already own mobile communications in the USA, and their plan is to expand to every market possible. Hell, they are even joining the retailer game with their new Verizon Destination Stores, which expand far beyond mobile services and devices. The carrier is also a big player in home automation, mobile payments, smart accessories and even content creation/distribution. The last bit is likely the main reason why they would acquire a company like AOL. AOL has control over a vast number of online services, including some popular blogs like Engadget, Tech Crunch The Huffington Post and, of course, AOL.com. The can leverage from such platforms, as well as AOL’s technology, which is less known, but Verizon plans to jump start.

Verizon knows the future is in mobile, and that is still their largest business. They do, after all, have over 100 million mobile subscribers in their pocket, so they figure they can make good business by catering to them directly, instead of offloading that weight to other companies. “Verizon is a leader in mobile and OTT connected platforms, and the combination of Verizon and AOL creates a unique and scaled mobile and OTT media platform for creators, consumers and advertisers. The visions of Verizon and AOL are shared; the companies have existing successful partnerships, and we are excited to work with the team at Verizon to create the next generation of media through mobile and video.” -Tim Armstrong, AOL chairman and CEO

What does this even mean? Well, in fewer words it’s likely all about content distribution… probably video. Some of you will take this as more bloatware apps and services that will add up to your already expensive bill. We will have to see how it all works out, though. Maybe Verizon has something awesome up its sleeve. Let’s just hope their video services don’t count against our limited data bundles! Sadly, we are sure results won’t come to fruition soon and we will have to wait quite a bit of time to find out more. As for Verizon’s ownership of leading technology journalism websites, we have to pay attention to how those will be affected, too. Will Editors have a certain pressure to publish, or say only content Verizon would see fit? Let’s hope they manage to keep at least most of their freedoms, but if they start getting weird you know Android Authority is always here with the most honest coverage around!

Tell us, guys. What do you think of this acquisition? Do you see something good coming to customers? 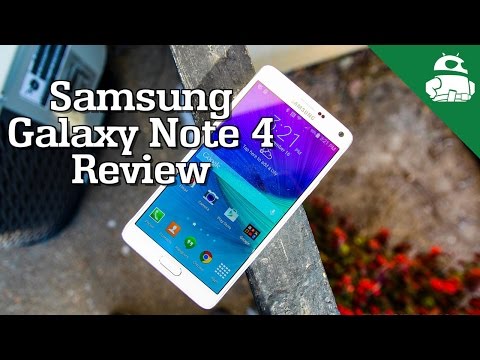