USB Type C and 3.1: clearing up the confusion 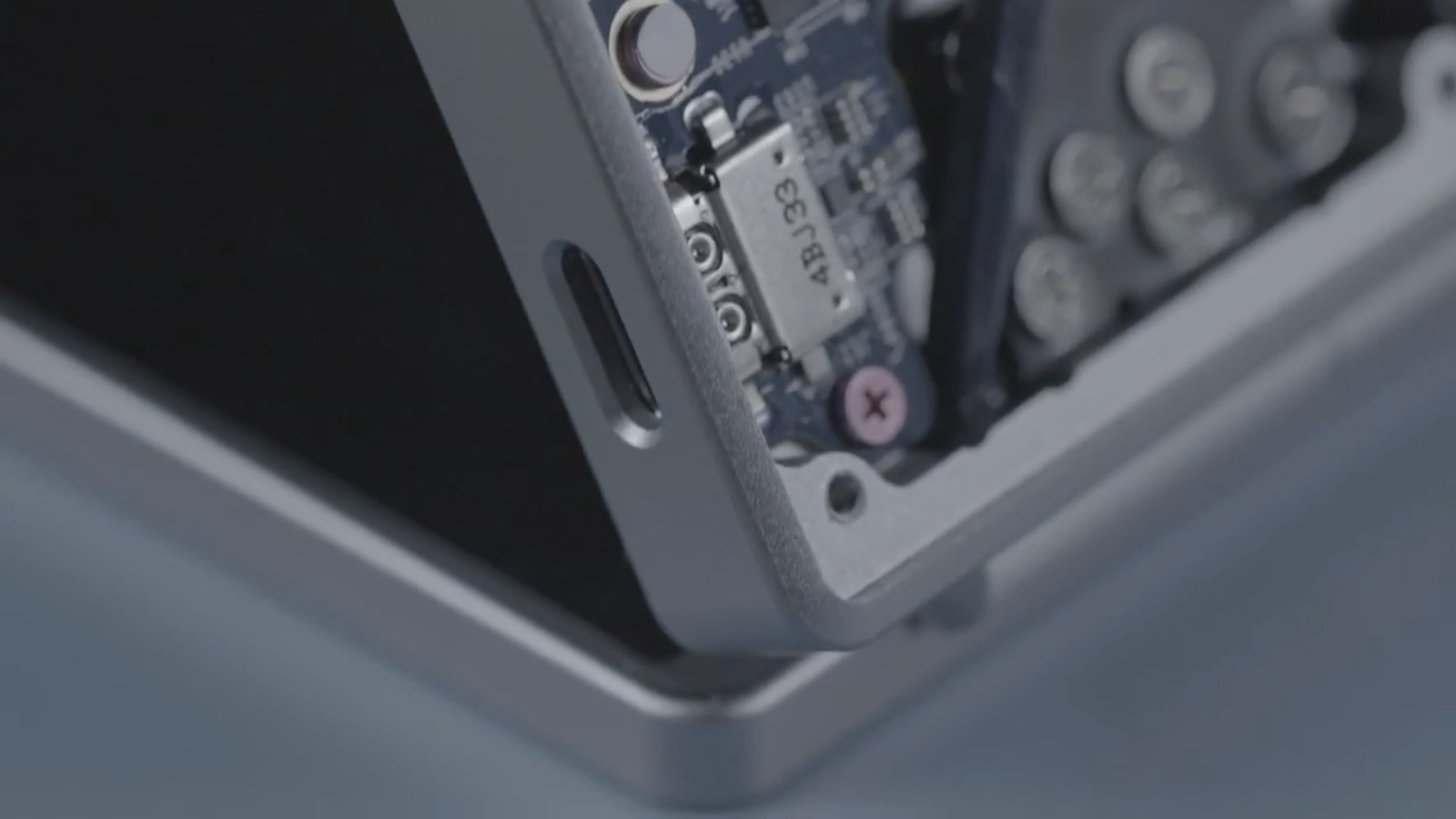 The arrival of USB Type C connectors and the faster USB 3.1 standard should be heralding a new age of consumer convenience. However, there seems to be quite a bit of confusion about what these new standards mean, and Google Engineer Benson Leung also recently spotted that a number of cables weren’t exactly matching up with the latest USB specifications properly.

So, let’s clear all the mess up by taking a closer look at the new technology and what companies are and aren’t doing correctly.

First, we should clarify that although they may often appear together, USB Type C and 3.0 or 3.1 are not synonymous. This means that you can have a USB Type C port that supports slower 2.0 data transfer speeds, or an older USB Type A port sporting faster 3.1 compliant speeds.

For example, OnePlus recently stated the following with regards to its new connector:

The OnePlus USB Type-C cable and adapter are compliant with USB 2.0 and Type-C 1.0 protocols.

Not exactly crystal clear, huh? Furthermore, the USB standard has grown over the years to include a number of additional power specifications to cope with the needs of more powerful devices and new technologies. This includes six different USB Power Delivery profiles that work across USB 2.0 and 3.1 products and the USB Battery Charging specification. The USB-Type C 1.1 specification also carries its own power operation modes, which is design to quickly charge up compatible gadgets and laptops. More on that later.

As part of the Power Delivery standard, a new power management system was introduced that uses a new bidirectional data channel to request certain levels of electrical power. This is to ensure compatibility with legacy devices and minimize the damage from non-compliant cables.

Here’s how the base USB specifications compare:

The only major difference between USB 3.0 and 3.1 is that the latter supports double the peak data speeds of the original. Most devices are likely to jump straight to 3.1, but developers have a task on their hands making sure that they support the two latest standards while retaining backwards compatibility.

When it comes to speed, you will be limited by the slowest component in your chain. Connecting a USB 3.1 devices to a USB 2.0 port will limit your speed to 480 Mbps, for example. In reality, hardware components like a hard-drive are likely to be limiting factors as well. USB Type-C is a reversible interface, unlike (left to right) micro-B, Type-A, Mini-A, and Type-B.

So essentially, USB Type C refers to the reversible connection type, while the version numbers refer the data transfer speeds and other specs that a port or cable supports. However, neither of those parts strictly define the type of USB Power Delivery specification or the peak current that the device or cable is compatible with.

There’s an awful lot of potential cross over here and it can be pretty confusing. Part of the problem with USB is trying to accommodate older devices while simultaneously pushing forward with new technologies. Hopefully this table helps to explain how the different power standards compare to one another, and in what order of precedence they are given by devices.

Ok, if you’re still with me we can begin to make sense of some of the latest news around these standards and unravel a bit of this mess when it comes to cables and connectors. 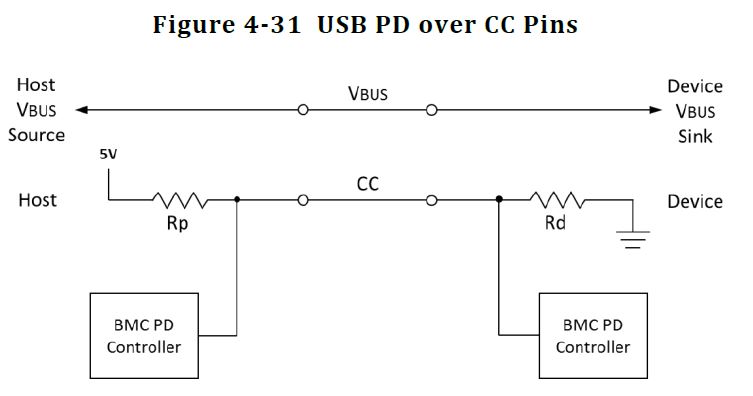 For devices making use of USB Power Delivery, communication is exchanged over the connector’s CC pin, which was introduced with the new 2.0 standard. This communication configures the right power between the charger and device, allowing for up to 100W of power at its most extreme, using up to 20 volts and 5 amps of current. This mode is most likely to be used by laptops and other more power hungry devices, as it supports higher voltage modes.

A handshake between micro-controllers overwrites all of the lower power modes and sets up the correct voltage and current settings, while no handshake means that these higher power modes can’t be activated. This also means that lower power use cases, such as smartphones, can be covered without this extra technological cost.

For the basic USB Type-C 1.0 and 1.1 standards, 5V devices can be powered with up to 3A of current using the same pin but without the need for USB PD. Rather than sending configuration data over the CC pin, the pin is pulled up to the 5V supply rail and the current coming into the pin is monitored to determine the output power requested by the device. The amount of current is controlled by the pull-up resistor Rp, and setting it to specific values sets the device to draw either 0.9A, 1.5A or 3A.

For Type-C to Type-C connections, using these higher current modes is fine, as the ports are all built around the same standard, and is a convenient way to charge devices up quickly. However, a lot of the recent issues have been about legacy adapter cables, the ones that will take your USB-Type-C socket on your new phone or laptop and connect up to an older Type-A PC port or charger.

We’re not worried about speeds here, but the thing to look out for is power transfer between devices. Because the USB Type-C standard specifically defines higher rates of charging that aren’t catered for in older Type-B or other connectors, cable manufacturers are supposed to use the CC connection and Rp resistor to ensure that devices don’t attempt to draw too much current from older chargers or devices that can’t support it.

The specification table below shows what values can be used to set a specific Type-C charging mode and underneath, in the small print, we can see that a 56kΩ resistor should be used with all legacy cable connections. This is to limit the amount of current transferred to Default USB power or the USB Battery Charging standard (if the cable supports fast charging) when connecting up to older USB type devices.

What has happened with the case of OnePlus and the other out of spec USB adapter cables is that they are not setting this resistor properly. A number of companies are opting for 10kΩ values, perhaps mistakenly thinking that they are meeting the maximum capabilities of the specification when in fact they are breaking it. This could mean that a USB Type-C device attempts to draw 3A from an older charger than can only handle 1A or less, a recipe for destroying your charger or port.

Another part of the issue is that cables also want to support fast charging technologies for smartphones and other products. This often falls under the USB Battery Charging standard, which supports higher currents than the default mode. Manufacturers may be mistaken into thinking that the correct way to cater for these currents is to allow for the maximum of 3A over Type-C. However, communication for this standard is managed over separate USB D+ and D- data lines, rather than the CC line, and is usually handled by an on-device power management circuit. The 56kΩ resistor is still required, as we know that the Type-C modes overwrite the USB BC standard.

Hopefully now we’re all clued up and on the same page. There are a ton of different USB charging options out there and when it comes to backwards compatibility, you want a cable that is set-up to correctly support older hardware. 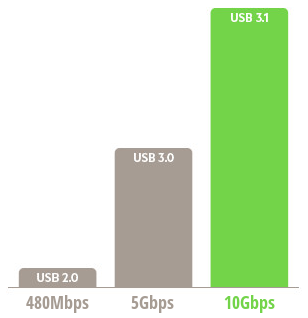 USB 3.1 offers the fastest data speeds, but only if devices on both ends of the cable support it. Remember, they don’t both have to be USB Type-C connectors.

A big part of the problem is that there isn’t a very easy way to figure out if the cable you are intending to buy actually has this resistor set correctly, at least not without whipping out the ohmmeter yourself. Obviously, using the one that comes with your device is a safe bet and buying a replacement from the manufacturer is usually wise, but it might be easy to forget that this cable might not always work correctly with other devices (as is the problem with OnePlus’ cable).

Unfortunately, datasheets and details are not readily available for most cables, and descriptions can be misleading, as support for 3A doesn’t really tell you if the cable has been configured correctly. Instead, try to find the official product page from the manufacturer and look for mention of USB-IF Certification and markings on the cable or packaging. The USB-IF is a non-profit organization that tests products to ensure compliance with the standards. Although not every reliable manufacturer goes down this route.

Google Engineer Benson Leung also has quite a growing collection of USB cable reviews on his Amazon account. Picking any of the ones he has given a high rating too is a safe bet, and be sure to steer clear of any of the cheaters that he has spotted.