When Samsung released the Galaxy Alpha last year, it signaled a new sign of the times. A focus on materials as well as specs. While said device was only partially made with metal, it was only a matter of months before all metal models were manufactured. Now that’s it’s been roughly a year since, the Korean conglomerate’s latest doings are becoming more likely to leak, and as such we now have the clearest shots yet of the new Galaxy A5 and A7.

The devices have clearly been inspired by the Galaxy S6 design language, complete with what looks like a separate metal frame, and a larger home button. While this was not touched upon in today’s leak, given the fact that (1) the Galaxy A8 has such a sensor, and (2) Android 6.0 has native support for such a component, it would seem to be a logical conclusion. 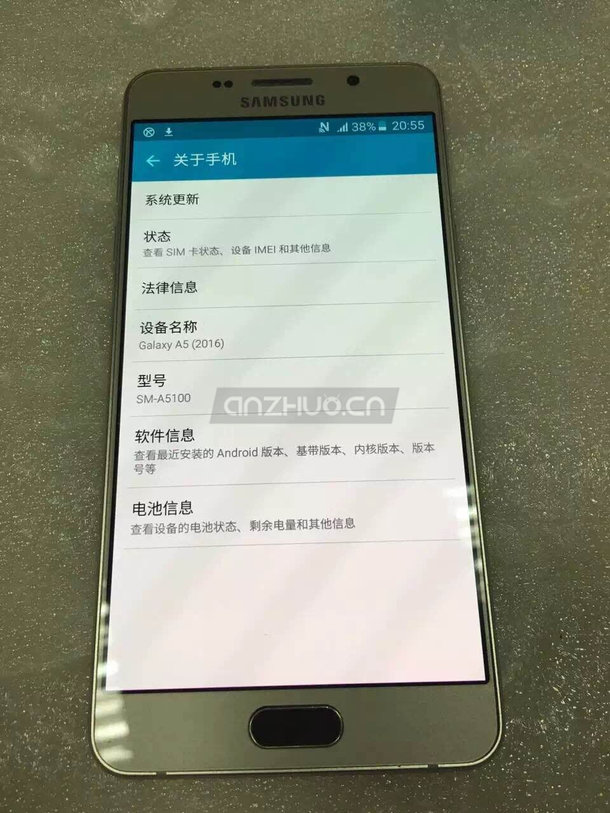 Samsung models for Hong Kong/China typically have an extra “0” at the end of their model number. Hence SM-A5100.

The Galaxy A5 (SM-A510) is purportedly going to ship with a 5.2-inch Full HD display (presumably SAMOLED) and a 1.6GHz Octa-Core Exynos 7 SoC with Mali-T720 GPU. There will allegedly be 2GB of RAM inside and 16GB of on-board storage. The A5 includes a 13-megapixel rear camera and 5-megapixel front camera. It ships with Android 5.1.1 and will include support for microSD. The body will be made of metal. 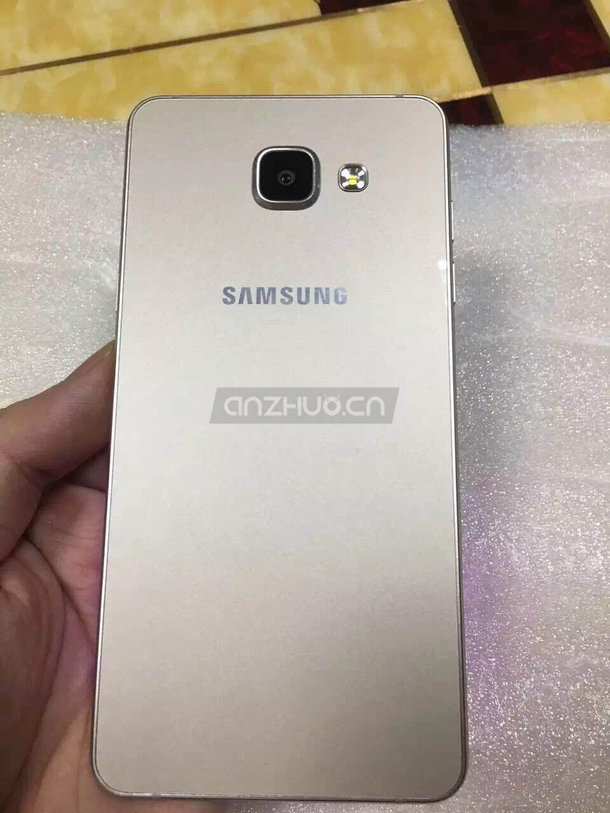 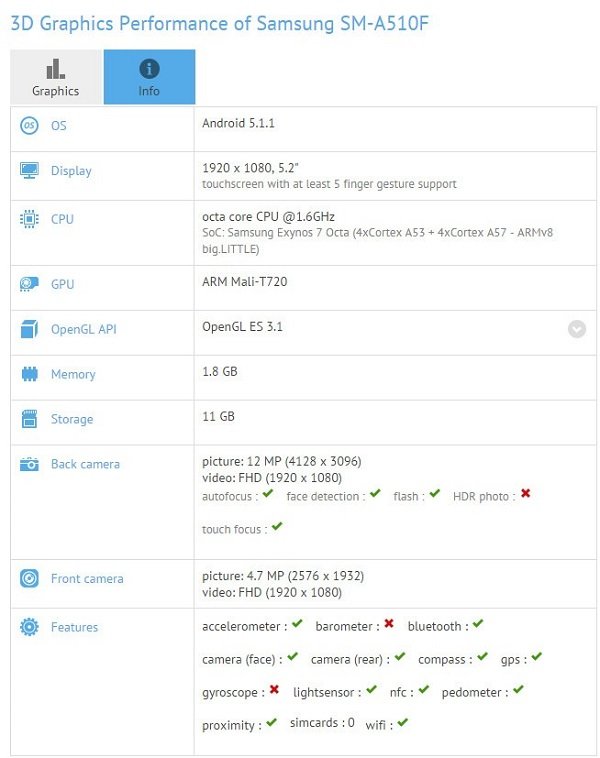 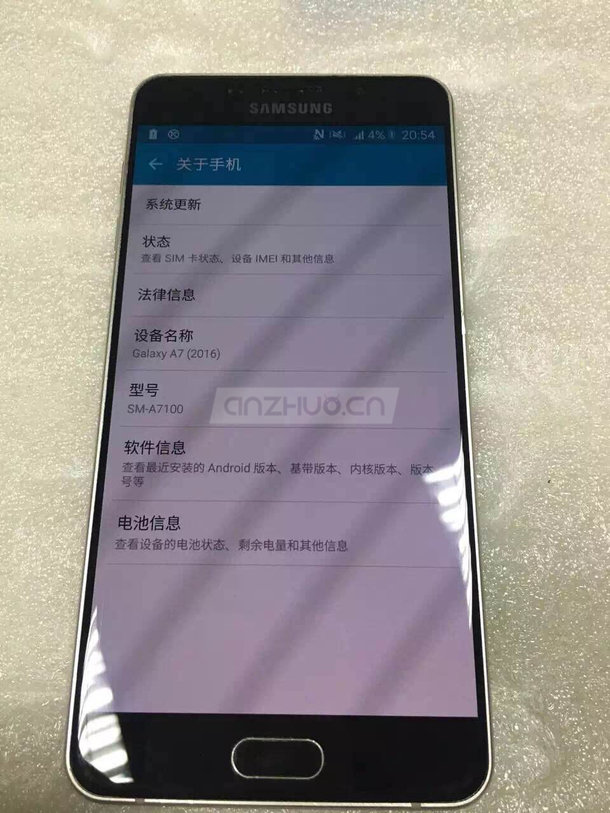 Chinese models often have an extra “0” in the model number, hence SM-A7100.

The Galaxy A7 (SM-A710) is purportedly going to ship with a 5.5-inch Full HD SAMOLED display, a 1.5GHz Snapdragon 615 SoC with Adreno 405 GPU, 3GB of RAM, and 16GB of on-board storage. It will allegedly feature a 13-megapixel rear camera and 5-megapixel front camera. It will purportedly ship with Android 5.1.1 and also be made of metal.  Presumably it will also include microSD card support. 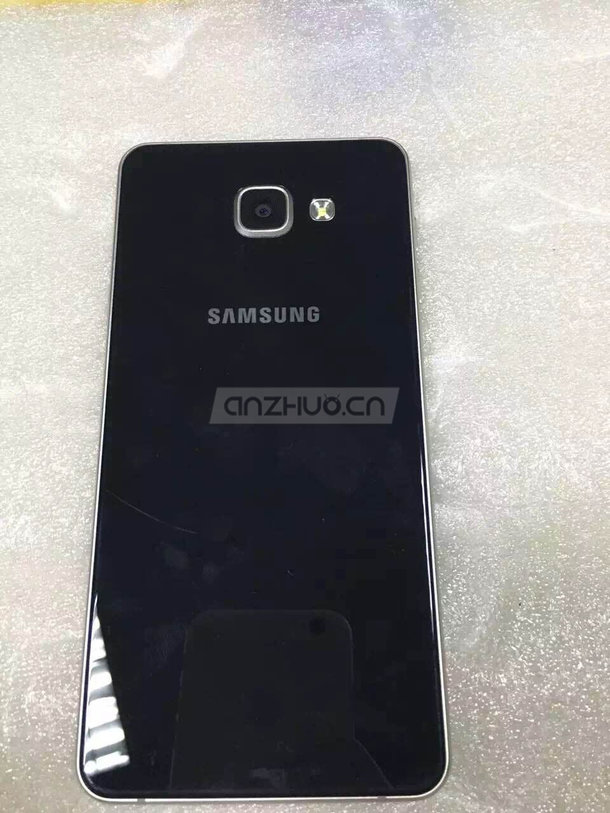 While the Gold color variant of the Galaxy A5 pictured clearly looks like it has a metallic back, the A7, at least from the above shot, almost looks like it will be made of glass due to the reflective surface, which clearly looks the same as the front of the device. This could be a lighting issue, or it could even be a coating on the metal itself, or it could actually be glass.

While these leaked pictures would definitely seem to indicate the Galaxy A5 and A7 are on their way to release, Samsung itself has yet to actually say anything specific. To this end, we recommend that our readers take everything with a dose of scrutiny. They have, however, already been leaked. At the very least, it is worth pointing out that whereas last year the Galaxy A3 and A5 were released early, this year it seems like it will be the A5 and A7, at least with respect to leaks. There is supposed to be an A3 refresh, but it failed to appear in the source’s content today.

Additionally, the use of the year (2016) as displayed on the System information page -assuming it’s legitimate- might suggest that Samsung plans to release these devices next year, or at least has given them a forward-thinking branding, something akin to how the Galaxy Note 10.1 2014 released at the end of 2013.

Also we want to remind readers that hardware configurations can and do, change from region to region, and thus the report that the A7 has a Snapdragon and the A5 has an Exynos may ultimately differ when and if a final product is procured.

Are you interested in these products? Assuming they are made of metal, would this actually be preferable to the Galaxy S6 given the microSD card support? Leave us your thoughts below and be sure to let us know!

News
Tagged:
Samsung Galaxy A
Samsung Galaxy A
Comments
Read comments
You Might Like
Samsung’s latest Galaxy A phones arrive in the US (Update: On sale now!)
by Jon FingasApril 9, 2021
T-Mobile will give you a free Galaxy A32 5G in exchange for any working phone
by C. Scott BrownApril 7, 2021
Samsung Galaxy A71 5G review: Affordable 5G that doesn’t feel cheap
by Eric ZemanApril 4, 2021
A Samsung A-series phone is coming with flagship-grade performance on board
by Adamya SharmaApril 1, 2021
Latest
Fitbit Luxe announced: A luxurious fitness tracker for the fashion-conscious
by C. Scott Brown1 hour ago
Save $81 on the Fitbit Sense, and more great smartwatch deals
by Matt Horne2 hours ago