HTC made some major news yesterday when it announced that monthly revenue hit a six-month high last month. What initiated such success? Only the new HTC One A9 smartphone, which features a brand new design language and cleaner, leaner Sense build. Given the misgivings fans and critics had about this year’s flagship-proper, the One M9, all eyes are now on the prospects of 2016 and what may come forth. Today we have a slightly better clue thanks to leaker LlabTooFeR:

Remember reports about next HTC's flagship codename HTC O2? It's dead… HTC Perfume is next flagship. Android 6.1 and Sense 8.0_GP…

Provided this information is accurate, the new flagship is now called the HTC Perfume. It is currently unknown as to if this is implied to be the final name of the device, or simply the company’s internal reference. The latter is more likely given the (1) reference to an “HTC O2” int he previous line and (2) the misconceptions that might arise from a device being named “Perfume”.

Perhaps the bigger nugget to glean from this Tweet is Android 6.1, especially as Google has only just released 6.0.1. Will this new decimal increase bring with it a major update to the OS? Will it also be called Marshmallow? Will HTC be the first non-Nexus device to include it, a la its A9? We can only imagine the answers. 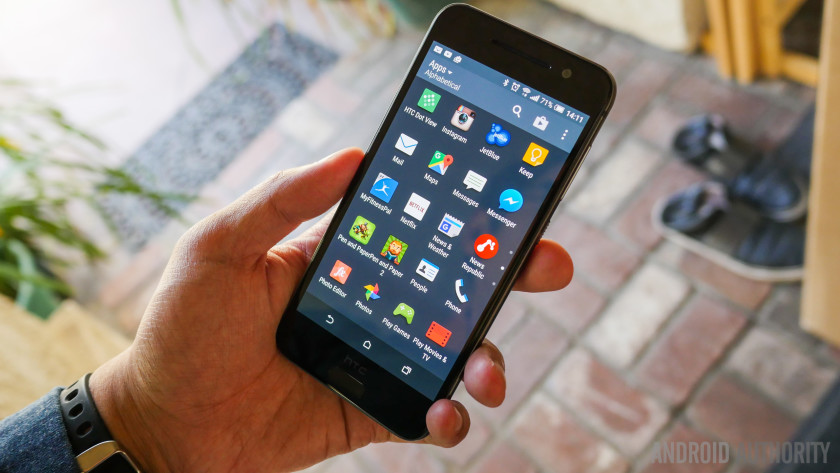 The last pertinent point is Sense 8.0_GP. Those who have been following the A9 may be aware that the device uses a more streamlined, “pure-esque” version of Sense that looks and functions more like AOSP Marshmallow than not. The US variant of the phone has also been promised to receive updates within 15 days of every Nexus firmware release. This corresponds to Sense 7.0_g and thus we begin to wonder if he same may hold true of the new version mentioned here.

While purely conjecture at this stage, it is also possible that GP may refer to “Google Play” and thus the idea that the Perfume might be running what looks like pure stock Android save for BlinkFeed or perhaps the Themes store. Even the 7.0_g build on the A9 has visual overtones and elements that still separate it from AOSP; could HTC actually be making a non-Nexus Nexus?

Suffice to say that 2016 may bring some big news for HTC fans. The company has stated the A9 represents a new design language, and thus we eagerly await the future of the company some have referred to as “the Treasure of Taiwan.”