Competition is often cited as a critical component in the advancement and development of new business ideas, products, and practices, at least in the long-term. While some companies may be self-sufficient, it is often the presence of keen rivals that foster changes. One need only look at how the mobile OS market has evolved in the past decade, though based on today’s news the next one may be somewhat different, albeit it slightly.

At a developer-centered event held earlier in Orlando, Mozilla announced the formal end to its dedicated Firefox OS smartphone platform, stating that it will “stop offering Firefox OS smartphones through carrier channels” according to Ari Jaaksi, SVP of Connected Devices. The full statement, provided to TechCrunch, was as follows:

We are proud of the benefits Firefox OS added to the Web platform and will continue to experiment with the user experience across connected devices. We will build everything we do as a genuine open source project, focused on user experience first and build tools to enable the ecosystem to grow.

Firefox OS proved the flexibility of the Web, scaling from low-end smartphones all the way up to HD TVs. However, we weren’t able to offer the best user experience possible and so we will stop offering Firefox OS smartphones through carrier channels.

We’ll share more on our work and new experiments across connected devices soon.

It is important to note that Firefox OS is also part of the “Internet of Things (IOT)” and just this past summer Panasonic began to sell smart TVs running on the platform. To this end, while development of smartphones themselves may be finished, this doesn’t necessarily indicate all channels have been switched off.

As Liliputing points out, there is still the theoretical potential of phones that could run Firefox OS in the future, however Mozilla itself seemingly won’t be involved in any such ventures. Given the low sales of the platform however, it would seem unlikely for this to occur. Nonetheless the Wikipedia page for the OS does list several Android devices that have seen ports of the Mozilla operating system, and an Android launcher was even developed just last month. Android fans may not be aware of Mozilla’s Firefox OS which was originally conceived back in July 2011 under the name “Boot to Gecko.” The original concept was to “pursue the goal of building a complete, standalone operating system for the open web…(to) find the gaps that keep web developers from being able to build apps that are – in every way – the equals of native apps built for the iPhone, Android, and Windows Phone 7” according to a post by Mozilla’s Director of Research, Andreas Gal.

The project was formally re-branded Firefox OS thereafter, and announced for global expansion shortly before Mobile World Congress in 2013. Primairly aimed at markets in developing countries as well as those consumers in any territory interested in low priced and affordable handsets and/or new smartphone users in developed ones. Handset pricing was extremely affordable however the platform failed to gain traction. As Ingrid Lunden of TechCrunch describes it:

To differentiate from Android and iOS, Mozilla and its carrier partners focused on a web-first platform, with no native and only web apps. Sales, however, were always poor and the devices themselves failed to ignite a lot of consumer interest, and a number of OEMs cornered the market with a flood of cheap handsets. In a business that depends on economies of scale, it was a failure. 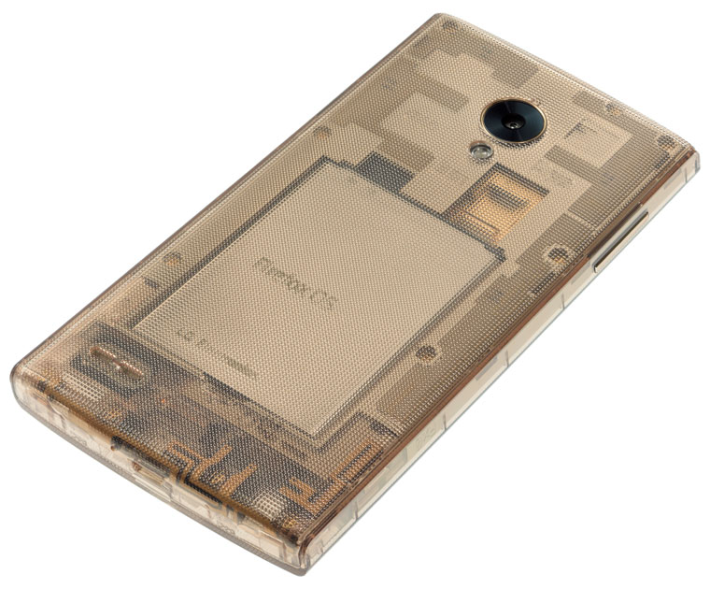 Firefox OS had an unexpected, almost surreal temporary boost in the form of the LG Fx0, a Japan-only device that was announced at the end of last year, and which featured near-flagship level specs. The device was seen as an attempt for the sole carrier that sold it, KDDI au, to try and branch out from the absolute dominance that Android and iOS have among its line-up, something that rival carrier NTT docomo had once been attempting via Samsung’s Tizen. The Fx0 had a unique transparent plastic design and was initially available in just three flagship carrier stores around the country. It was priced in-line with mid-to-high end smartphones and, coupled with the “developer focused” appeal of an unknown software platform, seemingly failed to achieve the expectations KDDI presumably had given the smartphone was basically forgotten immediately after.

Those who are interested may wish to read our impressions of the Fx0 here. Samsung’s Tizen OS has been gaining some small but sustainable traction in the mobile market.

While Firefox OS, arguably, never posed a threat to Android – even Tizen has only just recently surpassed BlackBerry OS for the #4 mobile OS spot – the loss of a potential competitor is rarely a good thing. In theory, current Firefox OS platform users who will seek to change phones in the future may ultimately wind up purchasing an Android phone, however they may also be swayed by Microsoft’s Windows Phone platform given Redmond’s recent decisions to focus on the lower-end market.

Did you ever have a chance to play with Firefox OS? Did you perhaps own a device running it? Are you pleased to learn of it’s demise? We would love to hear your thoughts and comments!