Lithium revolution: what you need to know about the vital resource of tomorrow 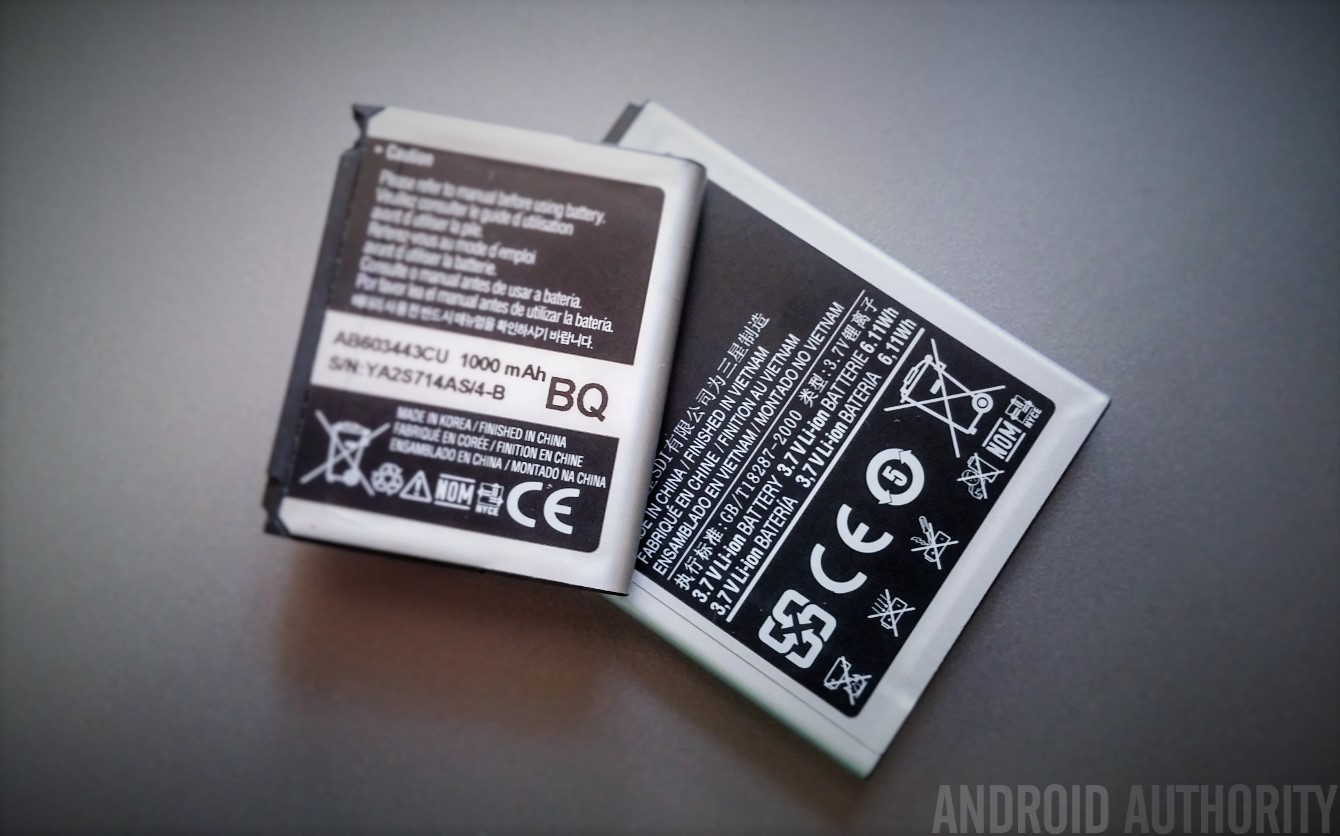 I’m sure you have heard about the Volkswagen emissions scandal that hit the headlines recently and are aware of global efforts to gradually wean developed economies off oil dependence and onto greener energies. While these trends may push old materials and technologies out of favor, new ones will need to step up to take their place, and lithium looks poised to witness a gold-rush of its own.

The lithium-ion battery has proven crucial for the advancement of portable electronics and is also finding new uses as economies look for cleaner automotive and energy solutions. Most notable though, lithium-ion batteries have contributed to the huge growth in the smartphone industry over the past few years. 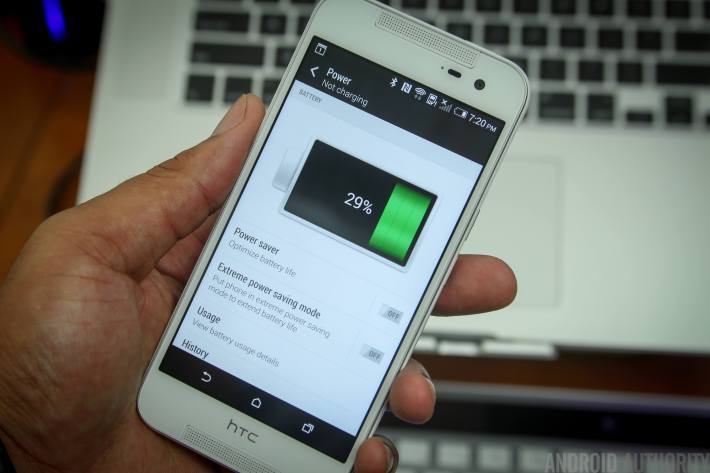 Lithium based batteries are key for smartphones, wearables, laptops and various other gadgets.

The resulting battery offers a number of benefits over competing materials. Lithium-ion batteries have the highest output of energy for its weight and therefore last longer than similar sized rival cells, due to their higher energy density, which can be up to three times greater than other materials. Lithium-ion cells have a longer runtime from a single charge and also don’t suffer from decreased charge capacity over time, unlike nickel-cadmium and nickel-metal hydride batteries.

Lithium-ion technology hasn’t stood still either, advancements have increased the energy density of cells by 5% per year and decreased their cost at roughly 8% per year. Research into silicon anode batteries, lithium air batteries, solid state batteries and lithium capacitors is looking to improve on the current capacities offered by lithium-ion cells further still.

The growth of the smartphone market in emerging economies, such as China and India, will continue to ensure high demand for lithium and other battery materials. However, the decline in laptop sales and older portable gadgets means that demand from this segment may not grow as quickly as expected. New technology markets such as wearables and smartwatches will also contribute to the growth from gadgets, but emerging markets in automotive and renewable energies are anticipated to eclipse the growth rate of consumer electronics over the next decade.

Hybrid and electric powered vehicles require large rechargeable lithium-ion batteries and are expected to be one of the fastest growing sectors increasing demand for lithium. Advancements in lithium battery capacity and quality continue to make these vehicles more viable, although improvements are still needed, and every major car manufacturer now sells at least one fully electric car. Toyota, Nissan, GM, Volkswagen and others are anticipated to add a further 40,000 tonnes per annum of lithium carbonate equivalent consumption to the market by the end of 2015.

Read more about the future of transportation on our sister site DGiT.com. Do not miss: Tesla Model 3 – everything you need to know Increasingly tough legislation on vehicle emissions and a greater social consciousness about looking after the environment are expected to increase demand in this market. This is also leading to growth in related projects, such as charging station infrastructure and features such are wireless charging.

Renewable energy drives are currently only a very small market segment, but this is also expected to be one of the fastest growing causes for lithium demand, as the market is still in its infancy. Many renewable energy sources, such as solar energy for example, require infrastructure to store energy while the collection is disabled, to regulate the supply of electricity out into the wider grid.

Tesla Motors is a well-recognised brand associated with these emerging technologies and the company’s Giga-factory, which is currently in development in Storey County, Nevada, US, is expected to require 20,000 to  25,000 tonnes of lithium hydroxide to manufacture nickel-cobalt-aluminium batteries. Once fully operational come 2020, the factory is expected to produce more lithium ion batteries on its own than were manufactured worldwide in 2013.

Given that lithium battery demand is expected by some to increase by up to 20 percent each year until 2015, prices are expected to rise accordingly. Industry consultant Navigant estimates that the lithium market could reach nearly $16 billion a year by 2024, up from $675 million in 2014. This extra demand will also place a strain on current production capacities and could open new opportunities in this side of the industry.

Global lithium production is highly concentrated, with over 80 percent of the world’s supply coming from Chile, Argentina and Australia. Lithium brine accounts for around 61 percent of production, while hard rock accounts for the remaining 39 percent. Lithium may be in abundance the world over, but economically viable deposits are few and far between. As is the case with the United States, which has its own substantial reserves too, but the nation’s current global production contribution only stands at 4 percent. The country has reserves that are thought to be close in size to those of China and substantially larger than those of Australia, the leading single nation in production.

In the US, Nevada is seen as the most promising reserve, rich in lithium brine, which is the most cost-effective type to extract. Nevada is the center of growing interest in potential lithium production in the US, where a number of public and private companies are staking ground and making acquisitions.

Lithium X Energy Corp (LIX – TSXV) is one such company looking to locate and develop lithium assets specifically for the reasons stated above. The company already has a strategic 4000+ acre land position adjacent to Albemarle’s Silver Peak mine, currently the only commercially producing lithium project in North America.

Lithium X, which recently commenced trading on the TSXV, is also looking to make use of modern solvent extraction technologies, which should allow for faster and superior lithium extraction rates over convention evaporation ponds. Furthermore, the site is only 3.5 hours from Tesla’s giga-factory. There’s a good reason why Tesla Motors chose Nevada for its first lithium battery factory. Tesla’s Elon Musk announced earlier in the year that the company would try to acquire as many of its resources as possible in the United States. A TSX-V listed company has also recently received an off take agreement to provide Tesla with lithium hydroxide. Domestic supply looks like it is going to have to ramp up to meet this growing demand in the coming years.

Tesla Motors does have established competitors in the battery market though. Samsung SDI, LG Chem, SolarEdge Technology and Panasonic are just a few of the companies looking to diversify their battery technology into larger cells, ranging from automotive to industrial applications. The race is on. Oil certainly isn’t going anywhere yet, but it might not be the most important resource for near future technologies.

This rush for lithium doesn’t just have risks and potential gains for investors and mining companies. Much how countries like Russia have positioned themselves thanks to their oil wealth, the vast lithium producing countries in South America, known as the “Lithium Triangle” could amass notable economic and political power if they control a resource that is critical to the growth of developed economies and new markets.

Between 2010 and 2013, the US imported 96 percent of its lithium from either Chile or Argentina. Tesla Motors, which was granted around $1.3 billion in tax incentives to develop its Gigafactory in the US, has signed lithium deals with Bacanora Minerals and JV partner Rare Earth Minerals in northern Mexico, creating a tense situation with law makers. Nevada’s rich resource of lithium brine could be key to avoiding dependence on expensive foreign imports of lithium.

Between the new gadgets, industry changing developments and geopolitical ramifications, there are plenty of reasons to keep an eye on this little element.

FeaturesNews
Tagged:
Battery, Business
BatteryBusiness
Comments
Read comments
You Might Like
The best portable chargers and power banks: A buyer’s guide
by Ankit BanerjeeJanuary 3, 2021
We asked, you told us: Most of you don’t use battery saver mode often, if at all
by Igor BonifacicDecember 5, 2020
The best phones with a removable battery and alternative solutions
by Ryan HainesDecember 5, 2020
5 best battery saver apps for Android and other ways too
by Joe HindyDecember 4, 2020
Latest
The best smartwatches you can buy (January 2021)
by Jimmy Westenberg1 hour ago
How to run Android apps on your Chromebook
by Mitja RutnikJanuary 25, 2021