LG’s new K10 and K4 land in Europe this week LG has announced its two latest entry-level smartphones, the LG K10 and K4, will begin arriving in key international markets this week, beginning in Europe and the Commonwealth of Independent States (CIS). The devices will continue rolling out in Asia, the Middle East and Latin America in the coming weeks.

LG’s K series devices aim to deliver a premium look and feel at a budget price. The K series also promise a premium smartphone camera experience and you can check out our first impressions of the K series in the video from CES 2016 below.

On the specs front, the LG K10 features a 5.3-inch In-Cell Touch HD LCD display running Android 5.1 Lollipop backed up by a 2,300 mAh removable battery. There are a few specs combos available, with the LTE version packing either an octa-core SoC clocked at 1.14 GHz or a quad-core 1.3 GHz CPU (which is also found in the 3G version).

The LG K10’s primary camera will either be a 13 MP or 8 MP shooter, depending on the model you choose, with a 8 MP or 5 MP front-facing camera. There’s also various model-dependent RAM options: 2 GB, 1.5 GB and 1 GB. The LG K10 comes with either 8 GB or 16 GB of internal storage with microSD expansion. 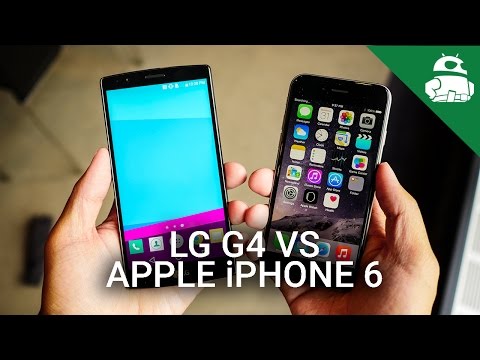 The LG K4 is the more affordable of the two, with a 4.5-inch FWVGA display, quad-core 1 GHz processor and 1 GB of RAM. It also runs Android 5.1 Lollipop and has a 1,940 mAh battery paired with 8 GB of internal storage and microSD expansion. On the camera front, you’ll get a 5 MP main camera with a 2 MP selfie shooter with flash. There’s no official pricing yet, but keep an eye out in your individual market in the days to come.

What do you think of LG’s new entry-level offerings?

SEOUL, Jan. 28, 2016 ― LG Electronics (LG) will begin rolling out two of its K Series models, the K10 and K4, in key global markets including CIS and Europe starting this week. Stage two of the rollout will commence in the weeks to come in Latin America, the Middle East and Asia.

LG’s K Series, which was unveiled at CES 2016, is important to LG because of its mass-tier appeal. The K Series was designed with a premium look and feel and offers advanced camera features without a premium price. The glossy pebble design language of the K10 is complemented by LG’s new 2.5D Arc Glass for a smooth and seamless look. An intricately woven back cover provides optimal grip, preventing the phone from slipping out of users’ hands.

Aimed at a younger audience who enjoy consuming content on their smartphones and actively sharing on social media, the K10 features a 5.3-inch HD In-cell Touch Display, premium-level camera specifications ― up to 13MP on the rear and 8MP on the front ― with an ample 2,300mAh battery.

The K4 is an entry-level device with best-in-class practicality, featuring a 4.5-inch display, 8GB of memory and LTE connectivity. The smartphone incorporates a sleek design that flows naturally into the bezel for a much more comfortable and secure grip. The K4 offers LG’s uniquely familiar camera UX such as Gesture Shot and Flash for Selfie inherited from its G Series, making it a standout among competitors.