When Samsung formally took the wraps off the Galaxy S6 and Galaxy S6 Edge earlier this year, the reaction was a mysteriously mixed message: the Korean conglomerate was clearly showing the world – and its most vocal critics – that producing a “premium” non-plastic device was hardly beyond its ample means.

At the same time however, the lack of a removable battery and microSD support angered some long term users. The big question now, especially amid mounting rumors, is just what the Galaxy S7 and Galaxy S7 Edge will ultimately shape up to be. According to a new report from The Korea Times, the shape itself may not be such a surprise.

Specifically, an industry source has said the following:

The venue for unveiling new Galaxy smartphone, tentatively named the Galaxy S7, is still undecided. Though Samsung has so far been preferred to hold its own unpacked event for new products, the S7 will get a little change.

Another source, who spoke to the news organization via telephone, offered the following:

As the S6 and S6 Edge represented progress, the S7 will have improvements both in picture quality, performance and other some new features. But because smartphones have already been commoditized, you don’t need to spend more on a surface overhaul…The key point is can consumers enjoy content with enhanced viewing quality and boosted processing speed.

To this end, it is suggested that the new pair of premium products to release early next year will focus more on increased performance from the SoC, and new DRAMs, and a brighter and/or higher quality SAMOLED panel.

Rumors have suggested the S7 and S7 Edge may see a return to the inclusion of microSD support. Those hoping for a revival of removable power cells however should potentially prepare for disappointment now.

Tears of a clone: Could the S7 and S7 Edge look virtually identical to this year’s flagships?

Analysis: more of the same?

In the recent past, Samsung has been suffering from declining mobile revenue and market share due in no small part to keen competition from China. Once the undisputed leader in said country, domestic OEMs such as Xiaomi, Huawei, Oppo, and OnePlus have eroded the stronghold Samsung once had.

These manufacturers, many by selling exclusively online and thus eliminating costs associated with marketing and traditional distribution channels, are offering highly competitive products at costs far below those of the “old guard” of Android. The game has changed significantly in the past two years. Vlad Savov of The Verge recently said “the flagship smartphone is dead” and mused that, “the demise of terrible phones has made all phones exceptional.”

The demise of terrible phones has made all phones exceptional. (Vlad Savov, The Verge)

Samsung’s top management is well aware of this situation, and has been taking drastic action in recent weeks, with perhaps the most noticeable being yesterday’s replacing the organization’s head of mobile operations. This comes shortly after a powerful call to arms from the conglomerate’s Vice Chairman, Kwon Oh-hyun, who stated that “If we resist changes, then we won’t survive.”

Assuming today’s report of some similarity between the S6 and S7 pans out to be true, it would suggest that Samsung has accepted the change in market and thus did not feel it prudent to spend mass scale resources on designing a brand new looking handset when the existing one is more than sufficient. Apple successfully does this every other year, and even Sony and HTC have followed suit with their flagships in recent times. 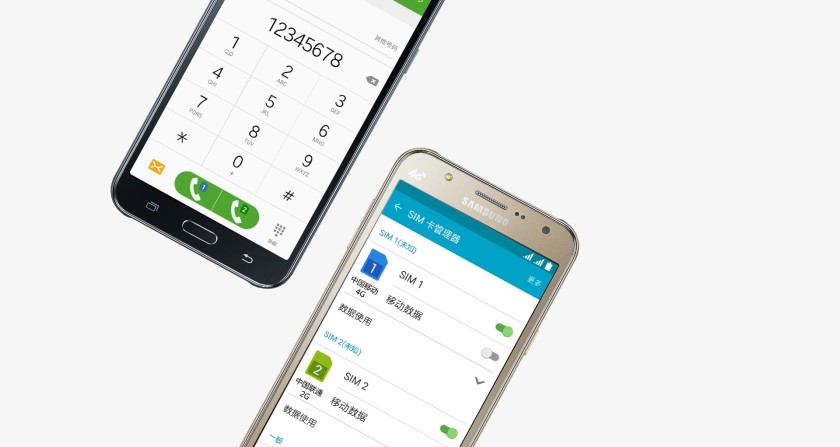 According to Counterpoint, the Samsung J series has been performing the best in the third quarter of this year.

Where is the growth?

Assuming that Samsung isn’t going to make significant superficial changes to its 2016 flagships, it follows logically to infer a segment of its potential customer base, be it existing or future, might not feel compelled to upgrade to the new variants coming next Spring. Those that have the S6 or S6 Edge might see little reason, and those who don’t might find the 2015 models to be of better value given that their cost will invariably come down even further.

The question then, becomes where Samsung might be getting the money it may be missing from this situation. The Korea Times points out that:

Counterpoint, a market research firm, recently said that Samsung’s market share gains have come at the low-end in the Galaxy J series during the third quarter of this year, strengthening views that price and hardware-initiated specifications are the “factors” rather than the appealing and curvy surface design.

Indeed Samsung’s fantastic third quarter earnings this year were such largely due to component sales and a favorable exchange rate. That the company would seek to push hardware internals in 2016 as opposed to spending large sums of cash on design R&D makes sense. Likewise, any new breakthroughs or developments made can ultimately help the OEM with future B2B contracts for components.

Please feel free to take our surveys below and then drop us a line in the comments section to voice your opinion!