Nary a year goes by without something going wrong. Some developers simply don’t get it right, new policies screw things up, or companies just do stupid things. While it is inconvenient, it is also wildly entertaining. We kept track of some of the bigger oopsies of 2017 from developers across Google Play as well as Google Play itself in some cases. Thus, here are the biggest flubs, most controversial apps and games, and other bad ideas from the Play Store in 2017!

Check out the most controversial apps from previous years! Price: N/A
CLICK HERE TO READ MORE!
Google decided to crack down on its Accessibility API during the last two months of 2017. The intent was improving security because the Accessibility API is so powerful and far reaching in Android. Unfortunately, that also spelled trouble for some seriously popular apps, including LastPass (and other password managers), Nova Launcher (and other launcher apps), Greenify, and many others. The backlash was fairly intense. Currently, Google is taking a step back to re-evaluate their decision about the Accessibility API. Unfortunately, that means we won't see a resolution to this one until 2018. Hit the button above to learn more!
CLICK HERE TO READ MORE! Price: Free
DOWNLOAD ON GOOGLE PLAY
Samsung launched the Galaxy S8 lineup of devices in 2017. They all came with a Bixby button and, of course, trouble ensued. Bixby remapping apps became big news in early and mid 2017 when people noticed that the button could not otherwise be disabled. Samsung eventually allowed people to disable the button entirely, fixing the initial problem. In addition, Bixby itself had its share of issues. Namely, different Galaxy devices having different versions that were capable of different things. Samsung fixed most of these issues by now. However, it was a fairly shaking summer and launch for Bixby and Samsung.
DOWNLOAD ON GOOGLE PLAY Price: Free / $33.99 per year
DOWNLOAD ON GOOGLE PLAY
Color by Disney is easily one of the most controversial apps from 2017. It's a coloring book app and it should've been a really good one. However, Disney thought it'd be a good idea to charge a subscription rate for the the content. Basically, you get a few images for free. The rest require a monthly, yearly or weekly subscription charge. We're all about developers making money. However, there is a line that developers should not cross. Color by Disney crossed it. It doesn't help that the free version is extremely restrictive. It's also an app for kids. That doesn't help either. Disney really screwed the pooch with this one and their Google Play rating reflects that.
DOWNLOAD ON GOOGLE PLAY Price: Free
DOWNLOAD ON GOOGLE PLAY
Google Assistant had its share of problems in 2017. It officially launched in 2017 to non-Google devices. That is, of course, unless you own a tablet. Then you didn't get squat. Additionally, Google included better versions of Google Assistant on their Google Home devices. It was to the point where the phone version couldn't do basic things like cast video or order a pizza, but the Google Home versions could. Finally, that whole Burger King ad thing was hilarious. Google fixed many of these issues. For instance, Assistant is now available on tablets as of early December. Still, they have a long way to go.
DOWNLOAD ON GOOGLE PLAY 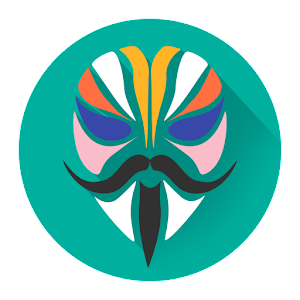 Price: Free
DOWNLOAD NOT ON GOOGLE PLAY!
Magisk Manager was removed suddenly from the Google Play Store in early June 2017. The app does a lot of things. However, its hallmark feature is allowing apps like Android Pay, Netflix, Pokemon Go, and others to run on rooted devices. Google and various apps are getting less friendly for those with rooted devices. Magisk kind of bridged that increasingly wide gap. Its removal made a lot of root users quite angry. The developers continue to develop the app on their official site (linked above). In Google's defense, Magisk did actually violate the Google Play ToS. However, it wouldn't have to if apps weren't so restrictive to root users. There's a push and pull here that's far from over. Magisk was just one of the bigger moments in it.
DOWNLOAD NOT ON GOOGLE PLAY! Here are some app lists that don't have any controversial apps! Price: Free / $0.99
DOWNLOAD ON GOOGLE PLAY
MAKEAPP is one of those controversial apps where you don't know what's really happening. The app is fairly basic. It uses AI to remove makeup from people's faces. The developer claims the app is meant to remove makeup from the faces of people in the sex trade so law enforcement can identify them more easily. The public version of the app apparently helps train the AI toward that goal. However, a statistically insignificant number of rather obnoxious men claim the app is most useful for taking the makeup off of women to see what they may be hiding. The backlash was intense anger with the developer taking most of the vitriol. This despite the relatively small number of idiots using the app for bad things. We're not here to make judgments either way, just to deliver the facts. The fact is that a lot of people really hate a lot of the people who use this app.
DOWNLOAD ON GOOGLE PLAY Price: Free with in-app purchases
DOWNLOAD ON GOOGLE PLAY
MLB Perfect Inning Live isn't a horrible game. Its release wasn't great, though. Developers GAMEVIL removed their previous game from Google Play upon the release of Perfect Inning Live. There was little to no warning, either. This usually isn't a big deal, except they didn't give players a way to restore purchases or transfer progress to the new game. That means everyone who spent their time or money in the previous game suddenly had nothing left. It's unreasonable to expect a developer to keep developing a game forever. However, a little warning, progress transfer, or maybe removing the in-app purchases from their now-dead game would've helped the transition go over better.
DOWNLOAD ON GOOGLE PLAY Price: Free
DOWNLOAD ON GOOGLE PLAY
Sarahah was one of the most controversial apps of the year and we're not sure why. The premise is simple enough. You make a profile, people anonymously send their thoughts about you, and you get honest feedback about yourself. The developer made the app for work place feedback. That way people could honestly tell others what they thought. Unfortunately, people are people and, thus, this app ended up in the hands of a bunch of impressionable kids and maladjusted adults who can say what they want anonymously. We take it back, we totally get why this ended up being as controversial as it did.
DOWNLOAD ON GOOGLE PLAY Price: Free / Rides cost money
DOWNLOAD ON GOOGLE PLAY
Uber is a shoo in for this list every year. They're not a bad company by most measurements. However, they do seem to cause several uproars a year. So let's start. They were accused at one point of renting out faulty cars in Singapore. Drivers around the world staged multiple strikes for multiple reasons. The one time Uber didn't engage in a strike, Twitter called for people to delete it forever. They are currently banned in the UK after safety concerns. Finally, Uber finished off 2017 by finally disclosing a major data breach from 2016 where they paid the hackers money to cover it up. We can't wait to see what they cook up in 2018.
DOWNLOAD ON GOOGLE PLAY Price: Free
DOWNLOAD ON GOOGLE PLAY
UC Browser was one of many apps to suddenly disappear from Google Play this year. Generally, we eventually find out why apps disappear. To date, no one's really sure why UC Browser went down (and eventually came back up). Theories ranged from malicious ads that generated downloads to a simple issue with the Google Play ToS. Google hasn't commented on the matter and neither has UC Browser developers. For now, the theory that they used malicious advertising is the reigning champion for what really happened.
DOWNLOAD ON GOOGLE PLAY If we missed any controversial apps or other bone-head moves, tell us about them in the comments! You can also click here to check out our latest Android app and game lists!