A VPN, or virtual private network, can be used to add both privacy and security to private and public networks. Using a VPN service can come in handy if you’re worried about losing your data, getting your data stolen, and it can also be used to bypass website restrictions. For those in countries like China, a VPN can also open the doors to content that wouldn’t be usable without it. So why use a VPN for China? Good question.

The use of VPN services is especially important for users who live in places like China, where residents don’t have access to many popular websites like Google, Facebook, Twitter, Gmail, WordPress and many, many others. This is due to the “Great Firewall” of China, which is a far-reaching internet filter set in place by the government that restricts access to certain websites. There are currently over 2,600 major websites blocked in China thanks to the Great Firewall, and the list keeps on growing.

Whether you’re a resident of China or are just visiting, a great way to have access to all of these websites is to use a virtual private network. But which one is the best all-around VPN available? According to our research, when it comes VPN for China services, these are the best. Price: $6.67+ per month
VISIT EXPRESSVPN
ExpressVPN is one of the most trusted, secure brands in the virtual private network industry, and that's for good reason. It's super fast and extremely safe, boasting an SSL-secured network with 256-bit encryption and, get this, unlimited bandwidth and speed. ExpressVPN has servers in 94 countries (including Hong Kong, Taiwan, Japan, and others) in over 145 locations around the world, so there will always be a location near you to give you the best experience possible. What's more, the service even has stealth servers in Hong Kong, making it a great VPN for China. They are to evade the GFW specifically. It doesn't even look like you're using a VPN!
VISIT EXPRESSVPN

Next up on our best VPN for China list is VyprVPN, which is quite a great option as well. This virtual private network actually uses a proprietary Chameleon anti-censorship protocol which “scrambles OpenVPN packet metadata to ensure it’s not recognizable via deep packet inspection (DPI), while still keeping it fast and lightweight.” This means VyprVPN users will be able to bypass restrictive networks to achieve an open internet experience without sacrificing the added security benefits normally associated with OpenVPN. The protocol also provides 256-bit SSL encryption. The team at VyprVPN actually manages all of its own servers and hardware, which is great news for folks who want to stay secure and hidden.

From what we’ve gathered, many folks have been able to achieve top speeds of about 4-5 mbps with VyprVPN, which is definitely good enough to stream high-definition videos and perform just about any other everyday tasks you’ll need to accomplish.

There are a few other handy features that come with this VPN, including a pool of 10-50GB of free cloud storage space. It also allows bittorrent/P2P on its servers, has a NAT Firewall add-on for more security, and it even allows up to 3 simultaneous connections, compared to ExpressVPN’s 2. Oh, and VyprVPN boasts over 50 global servers with more than 200,000 IPs, so you’ll definitely have a server near you at all times.

As for the negative aspects of this VPN, it does keep logs of user data, but only for about 90 days. This may be one of the more secure options on our list, but the fact that VyprVPN keeps data logs might be a big negative for some users. It should be noted that even though you can have 3 devices connected at the same time, you’ll need to pay for the Premium account for that added benefit.

As for the user interface, VyprVPN comes with one of the most clean and simple UIs out there. The way the desktop website is laid out lets you easily change servers, protocol type and even view all of the ping times from the many different servers around the world. There are also apps available for Android, iOS, Windows, Mac, TV and router, so you can be sure all of your devices are covered.

Next up is PureVPN, one of the more well-known services in the virtual private network space. It’s a pretty cheap VPN for China, has a giant selection of servers, oh, and did we mention it’s cheap?

PureVPN is based out of Hong Kong, offering over 500 servers in 141 countries and 80,000+ IP addresses. This wide selection of IP addresses means you won’t need to share your IP with anyone else, so you won’t be slowed down. It also means that since there are servers located in more than 100 countries, you’ll be able to quickly switch to another server if one is being targeted by the Great Firewall. PureVPN also supports PPTP and L2TP/IPSec protocols, OpenVPN, SSTP and SSL with 128-bit encryption, NAT firewall, SmartDNS and more. As for the speed, we’ve been seeing people get somewhere around 4-5 mbps, which is very good for the price.

There are some caveats that come along with using this VPN for China, though. PureVPN keeps logs. They clearly state that they’ll never release any of its users’ account usage unless required to by law. It’s not the end of the world if your VPN keeps logs. But if you’re looking for a service that’s totally and completely confidential with your usage, you’ll need to look somewhere else.

PureVPN also allows its users to have up to five simultaneous connections at one time, as well as unlimited data transfer and server switches. They also have apps for Android, iOS, Windows, Mac, Linux, Xbox, PlayStation, BlackBerry, Roku and a few others.

PureVPN is one of the most inexpensive options on our list. There’s no free trial available for new subscribers, which we’d really like to see more with VPN services. PureVPN also offers a 7-day money back guarantee, though it’s worth noting that if you happen to use more than 500MB within your first week, the company won’t refund your money. You can purchase a one-month subscription for a flat fee of $11.00, a six-month trial for $8.95 per month, or a two-year subscription for only $2.99 per month. 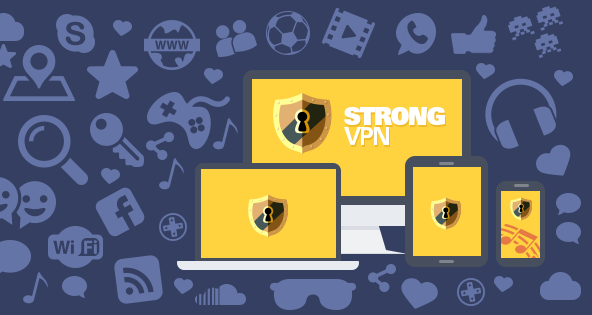 With a wide variety of plans and servers available, StrongVPN is a pretty decent option for VPN for China… if you don’t mind paying a bit more for what you get.

StrongVPN is pretty fast, achieving speeds of roughly 4 mbps on average in most cases. These certainly aren’t the fastest speeds available, though they’re not the worst, either. With StrongVPN, you’ll have access to 458 servers in 22 countries, though unfortunately there is a limit to how many times you can switch servers each month. The Special package (more details on that package below) lets you switch servers 15 times per month. If you want more than that, you’ll need to spend some more money. This is pretty unfortunate, especially for a VPN service that’s as highly-regarded as StrongVPN.

StrongVPN also keeps no traffic logs whatsoever. The service does, however, offer dynamic PPTP IP addresses, while all of the OpenVPN IP’s are static. Dynamic addresses normally have a lower security risk, as you’re assigned a new IP address each time you connect to the VPN. This will make it much more difficult to track your activity. In contrast, static IP addresses don’t change, which makes it much easier for someone to track your activity.

There are Android, iOS, Windows and Mac applications available, though unfortunately you’ll only be able to connect one device at a time.

While there’s no free trial available, StrongVPN offers a 7-day money back guarantee. This service has tons of different plan options. There are three main packages available – Lite, Special and Deluxe – and each one gets you access to a different number of servers. The Lite plan gets you access to servers only located in the United States, while the Special plan gets you access to servers in the U.S., U.K., Netherlands and Canada. If you want access to all servers in all 21 countries, though, you’ll need to spring for the Deluxe plan, which can get a little pricey. You can get month-to-month access to StrongVPN for $10 per month, or get a 12-month subscription for $5.83 per month.

Basically, if you can find a cheap enough package that provides the things that you need, StrongVPN might be the service for you. But that’s easier said than done in most cases, especially if you’re located in China.

How did you like our VPN for China best list? Do you have any other suggestions when it comes to the best VPN for China? If so, be sure to let us know your thoughts in the comments below!