Welcome to the 276th edition of Android Apps Weekly! Here are the big headlines from the last week: 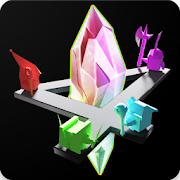 Price: Free
DOWNLOAD ON GOOGLE PLAY
S4GE Beta is the beta demo release of Playtra's upcoming game. It's a strategy RPG similar in mechanics to games like Final Fantasy Tactics or Fire Emblem Heroes. Players do combat on a chessboard-style map with one of four playable characters. There is a story line as well so it's not just a combat-driven game. The beta version lets you play some of the game with some of the characters so you can get a feel for how the game works. Think of it like the beta demos you see for console and PC games all the time. We don't know when the full version is coming, but it'll likely make this weekly roundup when it does. It seems like a very promising strategy RPG.
DOWNLOAD ON GOOGLE PLAY 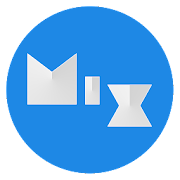 Price: $4.49
DOWNLOAD ON GOOGLE PLAY
MiXplorer Silver is a rare new file manager app and it's pretty decent. It's not from Xiaomi as the name might imply. The file manager has all of the basic features you'd want, including the usual copy, paste, file browsing, folder making, and all of that. You also get USB OTG support, theming, support for popular archive file types (ZIP, RAR, TAR, etc), and support for cloud storage providers as well. What really sets this apart is its ability to do a bunch of media stuff. There are video codec plugins to make it a full-fledged video player, a PDF plugin for full PDF support, and native support for EPUB and other ebook formats. There are also plugins for additional archive file support and some other stuff. This is surprisingly powerful for a file manager.
DOWNLOAD ON GOOGLE PLAY 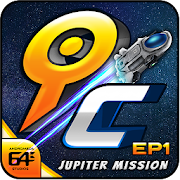 Price: $4.99
DOWNLOAD ON GOOGLE PLAY
Quantum Contact is a space exploration game with adventure elements. You pilot a ship and explore the various planets and caverns of the solar system. The game features three difficulty modes, randomly generated maps, and graphics inspired by NASA images. How the ship behaves depends strongly on your difficulty, but the easier the setting, the more assistance the game provides. The controls worked fine during our testing and some of the visual elements are actually quite good. It runs for $4.99 with no additional ads or in-app purchases. It's not bad for a single indie developer working on a game title.
DOWNLOAD ON GOOGLE PLAY 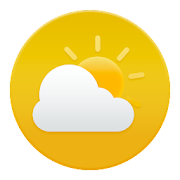 Price: Free (with ads)
DOWNLOAD ON GOOGLE PLAY
Apex Weather is a new weather app from the developers of Apex Launcher. It features your usual weather stuff like real-time temperatures, forecasts (up to seven days), severe weather alerts, and hourly forecasts. The app also includes a handsome UI as well as a radar along with more specific weather details like UV index, humidity, air pressure, and wind speed. Of course, it also comes with some weather widgets, global weather, and weather news as well. It competes favorably with full weather apps like Weather Channel, but does so in a way that doesn't feel bloated or slow. It's currently free with some rather annoying ads. However, the developer plans on adding a premium version with no ads eventually.
DOWNLOAD ON GOOGLE PLAY 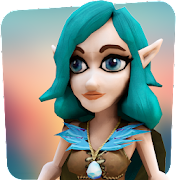 Price: Free demo / $1.99
DOWNLOAD ON GOOGLE PLAY
Heroes of Flatlandia is a fun new game with a catchy name. It's a real-time strategy game with some adventure and kingdom builder elements. Players build up armies and kingdoms. You then do battle with AI opponents. The game boasts 14 playable units along with four playable heroes. Players also have an online multiplayer option as well as a single player versus the AI. The game is a little shallow at this time. There are only two armies and a handful of troops. However, the game is in active development. If you're not into it right now, check back in a few months when more content comes out. Real-time strategy games with no micro-transactions are rare in the mobile gaming space so we hope this one ends up really good.
DOWNLOAD ON GOOGLE PLAY

If we missed any big Android apps or games news, updates, or releases, tell us about them in the comments! You can also click here to check out our weekly podcast!