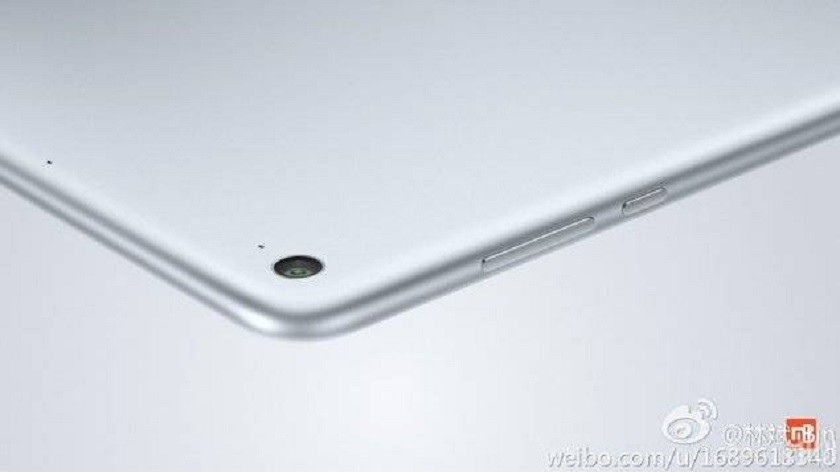 While we already suspected that the upcoming November 24th Xiaomi event would focus on the Redmi Note 2 Pro, yesterday Xiaomi teased an image of the device, showing off the back and its integrated fingerprint scanner. The Note 2 Pro is expected to be the first handset from the company to offer a full metal body and a fingerprint scanner, but is that all we’ll see on the 24th? Apparently not.

Xiaomi has now revealed yet another image, this time showing off what is believed to be the Xiaomi Mi Pad 2. The image tells us very little about what to expect from the Mi Pad 2, but thankfully the device recently was spotted on GeekBench. While not a lot of spec details were revealed, allegedly the tablet will be powered a 2.24GHz Intel X5-Z8500 SOC, as opposed to the NVIDIA Tegra K1 chip found in the original. As for the software, we can expect the tablet to run Xiaomi’s MIUI, built on top of Android.

So with both the Redmi Note 2 Pro and Mi Pad 2 expected to be shown off on November 24th, the event is certainly shaping up to be a memorable one. Now the big question that remains is if Xiaomi has any more surprises in store for us, or if the two devices will be the only new announcements on offer.

What do you think, excited for the Note 2 Pro or the Mi Pad 2? Share your comments down below.

Privacy has become one of the greatest concerns of our day, although it’s something I’m sure we’d rather all not think too much about. Today, everyone carries around their primary point of weakness in their …
Latest
The most common Fitbit problems and how to fix them
by Jimmy WestenbergOctober 27, 2020245 shares
The best phones under 30,000 rupees in India
by Ankit BanerjeeOctober 27, 2020861 shares
You Might Like
Report: OnePlus Nord is now the top mid-range phone in India
by Andy Walker20 hours ago145 shares
New Xiaomi smartwatch hits the FCC: Is it the Mi Watch Lite?
by Andy Walker23 hours ago32 shares
Redmi K30S Ultra announced: The Xiaomi Mi 10T in a new skin
by Hadlee SimonsOctober 27, 2020124 shares
Here’s why the Xiaomi Mi 10T series uses LCD instead of OLED
by Hadlee SimonsOctober 20, 2020517 shares