This War of Mine comes to phones, alongside 50% discount 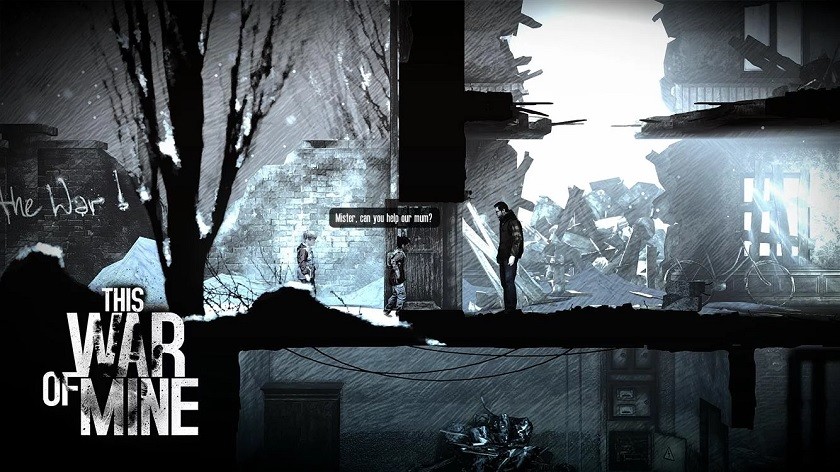 When we think of “war games”, we usually imagine a gun-toting soldier marching into battle, blasting through enemy forces, all for the glory of the nation. There are certainly a number of games that let you experience that scenario, including Battlefield, Call of Duty, and games like Modern Combat in the mobile arena. For those that are looking for something different however, This War of Mine delivers.

Set in a dark and gritty warzone that is modeled at least in part after the invasion of Sarajevo in the 90s, the game gives you a number of different civilians to control. You find yourself in a rundown shell of a building and must make improvements, board up the walls, and begin stockpiling for the long days ahead. During the day, you spend your time crafting or sleeping while the city is alive with the sounds of war. At night, the fighting slows down enough that you can send one of your party members out to scavenge, trade, or even steal from neighboring locations.

The game actually hit Android back in July, but at the time was only available for tablets or Android TV devices. Now the experience is making its way over to phones as well, alongside a discounted sale price of $6.99, down from the original $14.99. While $7 is still a lot for a mobile game, there’s absolutely no in-app purchases, and let me assure you it is worth every penny. I know this because I just happened to buy the game ahead of the sale, about 5 days ago, for $15. While I would have loved to have paid half price, I’m not even mad.

This game is exceptional and I’ve personally sunk over 10 hours into it. What’s great about this title is that once you’ve finished the war, you can always start a second attempt and will likely have different starting characters and different locations to explore, which gives this a lot of replay value for a mobile game. If you haven’t checked it out for yourself, we highly recommend it. That said, be prepared, this game is pretty hard and it is very possible to kill off your entire party long before the war ends, if you’re not careful. And unlike many games, your actions aren’t reversible, you simply have to start over from the beginning.