Study: Texting with periods can make you seem insincere 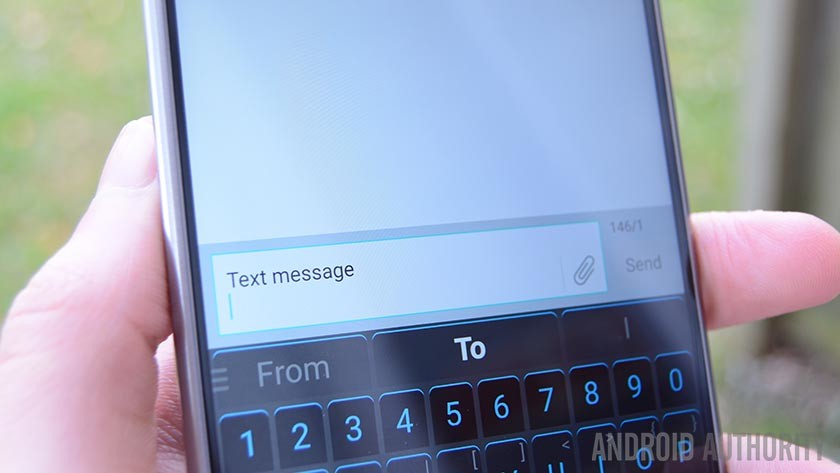 It’s an effect we’ve all experienced but may have chalked up to over-analysis. Now, however, researchers at Binghamton University have concluded a study confirming that your neurotic fixation with the period at the end of that girl’s text message is justified.

The study was a simple and performed on an admittedly small sample size of 126 undergraduates. Students were given a series of exchanges that occurred in either text message or hand-written form. These exchanges were largely invitations such as “Dave gave me his extra tickets. Wanna come?” followed by a single word response in the affirmative like, “Ok” or “Yeah.” Through sixteen rounds of the experiment, students were asked to gauge the sincerity of the response. Researchers found that students consistently rated responses ending in a period (.) as less sincere than those ending without one.

Celia Klin, associate professor of psychology, associate dean, and lead researcher on the project, presented the study in a public release yesterday. She explained the results as follows:

Texting is lacking many of the social cues used in actual face-to-face conversations. When speaking, people easily convey social and emotional information with eye gaze, facial expressions, tone of voice, pauses, and so on. People obviously can’t use these mechanisms when they are texting. Thus, it makes sense that texters rely on what they have available to them — emoticons, deliberate misspellings that mimic speech sounds and, according to our data, punctuation. It seems that, given a very small amount of information like a single word response, our instinct is to read deeply into whatever surrounding indicators we can find. It might not matter whether you end your sentence with a period or not for a longer response, but if you want to convey that there’s something more going on in your head than what you’re expressing (i.e. be passive aggressive), the best way to do it might be to follow standard punctuation guidelines.

Communication is a process of accommodation. That’s why many of us find ourselves borrowing inflections, tones, and figures of speech from the person we’re talking to. Maybe the reason we interpret single word answers ending in a period as less sincere has something to do with the lack of accommodation this represents. Varying from grammatical norms seems to put more ‘play’ into textual communication, and a failure to do so can be interpreted as a lack of engagement in the conversation – the text message equivalent of looking around the restaurant while someone is talking to you. Klin indicated that a follow-up study found that responses ending in exclamation marks were read as being even more sincere than unpunctuated responses. This may have to do with the responder coming across as more enthusiastic and engaged in the conversation.

‘Texting insincerely: the role of the period in text messaging,’ was published Nov. 22, 2015 in Computers in Human Behavior.

Have you experienced punctuated passive aggression in your text message history? Let us know in the comments!

Next: 10 best texting apps for Android

July 5, 2020
Trending
Deal: $150 off the OnePlus 7T Pro McLaren and free Bullets Z earbuds
by Matt Horne13 hours ago59 shares
Deals: Get in the game with $20 off first-party Nintendo Switch games
by Ryan Haines17 hours ago47 shares
Deal: Pick up the Sega Genesis Mini for just $50 (38% off)
by Ryan HainesJuly 7, 202055 shares
You Might Like
Samsung Galaxy Tab S7 Plus specs leak, teasing a huge battery, larger screen
by Andy Walker2 hours ago36 shares
This could be our best look yet at the OnePlus Nord (Update: Creators cases)
by Adamya Sharma4 hours ago129 shares
These six older LG flagship phones will receive Velvet UI update
by Andy Walker4 hours ago101 shares
No surprises here: OnePlus Nord will have an OLED screen
by Hadlee Simons5 hours ago98 shares