Raspberry Pi Zero is a tiny computer that costs just $5 Pi Zero is the latest product from this British company, and despite its diminutive size, it can do quite a bit of heavy lifting. The $5 computer is actually faster than the original Raspberry Pi, which cost $25. Apart from being the most inexpensive computer out there, the Pi Zero is also the company’s most compact computer ever, at exactly half the size of the Model A+. For those who seek its exact dimensions, the Pi Zero measures 65mm x 30mm, i.e. smaller than the credit card in your wallet.

Thought a $5 computer wouldn’t get you much? Think again. Despite its price being a fifth of the original model, Pi Zero comes with 512MB of RAM, a Broadcom BCM2835 chipset that houses a 1GHz ARM11 core (40% faster than the original Pi), microSD card slot for expandable storage, and a mini HDMI port that supports 1080p resolution at 60 frames per second.

Here’s a video by RaspberryPiGuy. Watch it to get a brief overview of the Pi Zero:

To promote the launch of the Pi Zero, Raspberry is giving away free units of their $5 computer with every issue of MagPi, the company’s monthly magazine. The magazine costs £5.99 in the UK, whereas the Pi Zero costs £3.99. It’s a unique way of promoting a computer, and it is also the first time that a computer is being given away for free with the purchase of a magazine.

Planning to take on a new DIY computing project and only have $5 to spare? Don’t worry, Raspberry Pi Zero has you covered. The board is already on sale across retail outlets in the US and the UK. Many retailers are bundling adapters and microSD cards, but you only need to buy them if you don’t have them already. 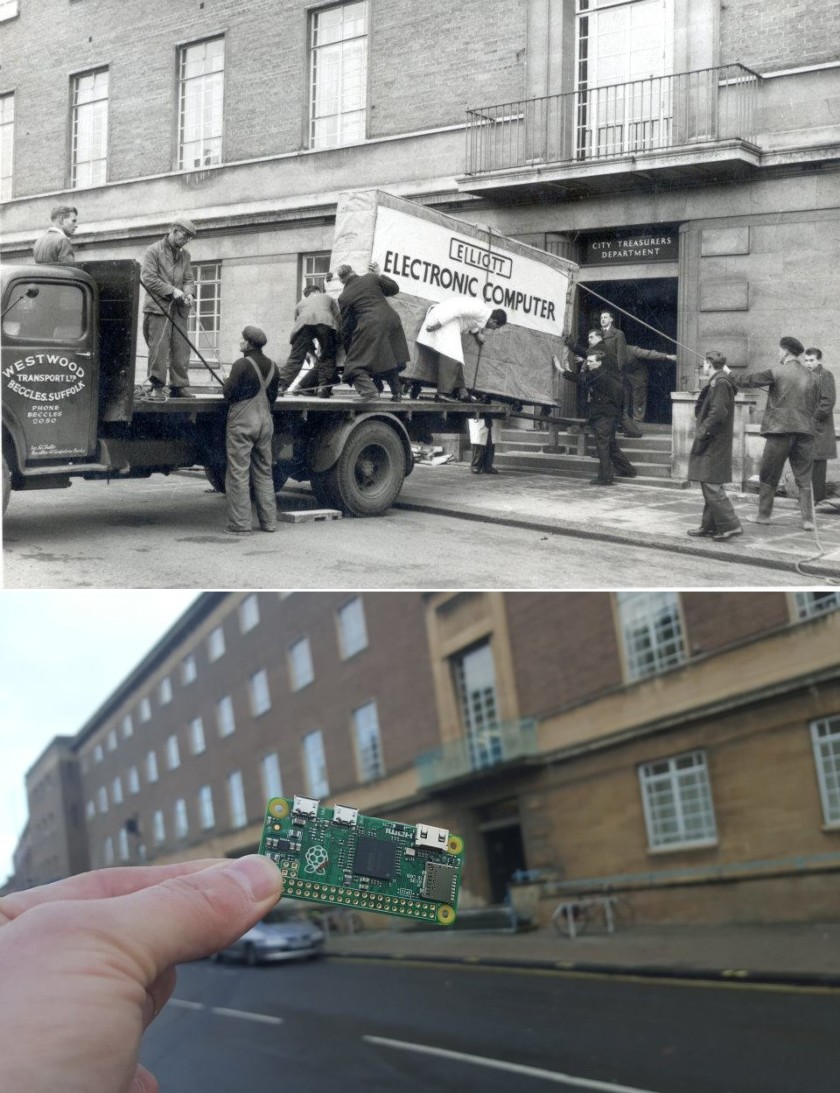 What was your most recent DIY project using a Raspberry Pi computer? Do you plan to buy the Pi Zero and test its capabilities? Let us know in the comments below.

September 20, 2020
Latest
Save $240 on the HP Pro c640, and more top Chromebook deals
by Matt HorneSeptember 23, 2020341 shares
The best Android smartphones in India you can get
by Dhruv BhutaniSeptember 22, 20201956 shares
You Might Like
Windows 10 desktop on the Raspberry Pi 4, and more news from Gary Explains
by Gary SimsJuly 27, 202010 shares
Top 11 Raspberry Pi projects for everyone
by Gary SimsJune 15, 2020222 shares
Nvidia Jetson Xavier NX review: Redefining GPU accelerated machine learning
by Gary SimsMay 14, 2020190 shares
There’s now a $50 camera for your Raspberry Pi with interchangeable lenses
by C. Scott BrownMay 1, 2020115 shares