Pushbullet Pro offers premium features and 100GB of storage for $39.99 a year 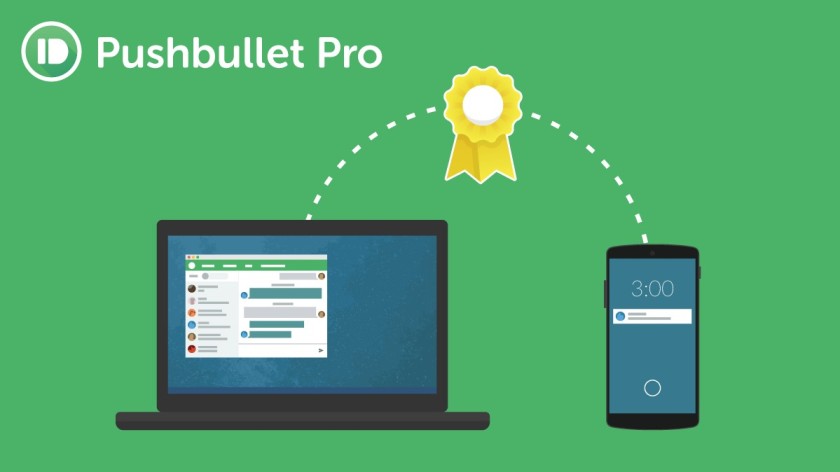 Pushbullet, the app that helps you save time by keeping all your devices connected, has introduced a premium version of its product.

Every product ultimately has to generate revenue in one way or another, and Pushbullet has finally revealed plans on how they plan to monetize their popular service. Pushbullet Pro is a subscription-based service that offers extra features over the regular, free version of Pushbullet, which was originally launched over two years ago. Priced at $39.99/year, or $4.99 if you decide to pay monthly, upgrading to the Pro version unlocks an additional 98 GB of storage space (the free version is limited to 2 GB), among other things.

While regular Pushbullet users are limited to sending files that are no larger than 25 MB in size, Pro users can send files as large as 1 GB, across devices or to their friends who are users of Pushbullet’s service. Additionally, the free tier limits the number of messages (SMS, WhatsApp, etc.) that a user can send from their laptop or desktop to 100 a month, which is painfully restrictive. Upgrading to the Pro version removes the restriction completely.

What originally started out as an app that allowed users to conveniently send links and files across their devices, ultimately evolved into a powerful, all-in-one file sharing/messaging platform. This transition was complete when the team released their biggest update ever, back in June this year. Another update that was rolled out the next month brought full SMS support to the desktop.

While a majority of Pushbullet users will continue to use the service just like they did before, people who frequently “push” or store large files or make use of features such as “Universal copy & paste” will have to shell out a minimum of $3.33 per month.

Here are the differences between the free and Pro versions: Users can sign up for Pushbullet Pro right away, but their accounts will not be charged until December 1st. Want to give Pro a spin? You’ve got nearly 2 weeks of free access if you start today.

May 31, 2020
You Might Like
We asked, you told us: Most want small phones, but there are few good options
by Jimmy Westenberg7 hours ago185 shares
5 Android apps you shouldn’t miss this week! – Android Apps Weekly
by Joe Hindy9 hours ago70 shares
15 best gacha games and mobile RPGs for Android!
by Joe Hindy20 hours ago209 shares
Android TV-based televisions are easier to buy in the US – get the TCL TVs now
by John CallahamJune 5, 2020125 shares