Flip phones were all the rage many years ago and LG‘s design team was clearly feeling a little nostalgic when it designed and created the LG Gentle flip phone. Rolling back the years to a previous generation of devices, the Gentle brings the design of old with the specs of modern handsets by using Android Lollipop to power the handset. 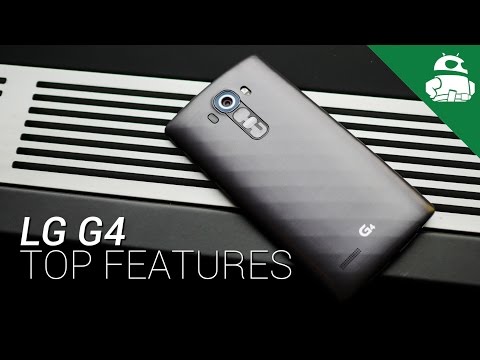 LG G4 Top Features
The handset is perfect for elderly customers, with a large keypad perfect for those with larger hands and fingers or with poor eyesight. The keypad is combined with a 3.2 inch touch-enabled display offering 480 x 320 pixels, which equates to a modest 181 pixels per inch density. The handset is powered by a 1.1GHz quad-core processor with 1GB RAM, 4GB internal storage (that can be expanded using microSD), LTE support and a 1,700mAh battery.

LG Gentle is powered by Android 5.1 Lollipop and presumably, LG has made some modifications in the interface to ensure it works properly with the keypad and the smaller display. The specifications on the handset certainly won’t win any awards but given it’s an entry-level phone that’s priced at around $170, the handset should prove quite popular.

The LG Gentle is not confirmed for a launch outside South Korea but it’s unlikely the handset will launch in Europe or the USA, which is a shame as it’s certainly unique and it could definitely have some market appeal amongst those upgrading from a feature phone to their first smartphone. Would you buy the LG Gentle for yourself or someone in your family? Let us know your views in the comments below guys!