Kickstarter project of the week: Fleye is a “safe, fun and autonomous” drone 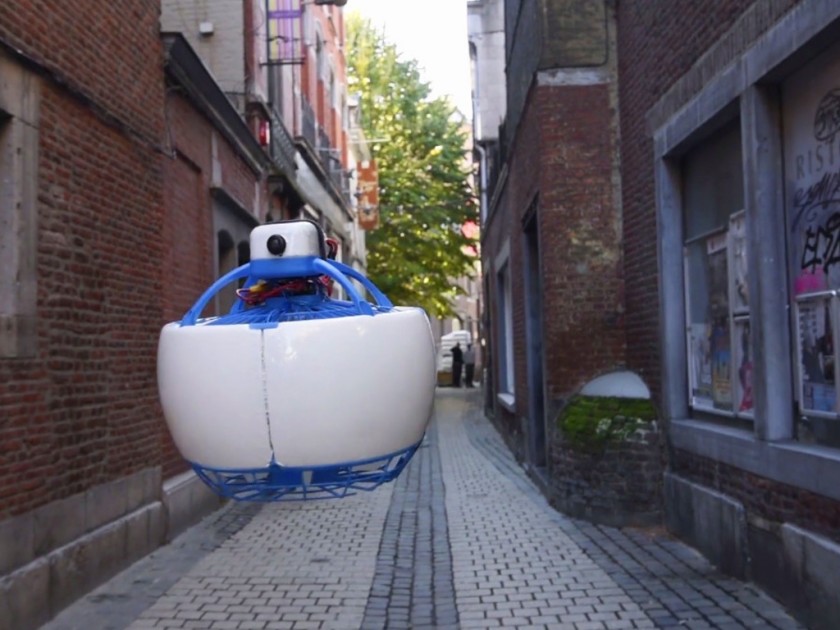 Kickstarter is a bit of an interesting website. There’s a plethora of innovative products being funded in there, but there’s also a bunch of worthless projects. In the Kickstarter project of the week series we hand pick the best and bring them to your attention. And do remember we will be featuring a different campaign every single weekend, so keep checking back if you want to stay in the loop!

With that said, let’s jump right into Fleye, a drone that aims to be the robot of the future. But what is it that makes it different? For starters, it’s darn cute! Fleye has a spherical shape and certainly doesn’t look like it will stay in the air, but it is it’s design that actually makes it a great flying machine. People can even push it in mid-air and the Fleye keeps its stability.

But even that isn’t too special. We have all seen drones with interesting designs before. What really makes the Fleye unique is what is inside, and what it can do with it. Fleye tries to take on the robot concept, as opposed to sticking with a simple drone mentality. The idea is that there will be a future in which drones are just flying around improving our lives. And Fleye has everything it needs to operate autonomously.

The basic version of the Fleye comes with an 800 MHz dual-core processor and 512 MB of RAM, WiFi and a 5 MP camera that can record at 1080p 30 fps. Getting the Power Edition would upgrade you to a quad-core processor and a whole GB of RAM. And the great part about it is that all of this power is unlocked to developers and tinkerers. Fleye is offering an API and SDK so devs can go ahead and create their own apps for it.

As for its basic functionality, the robot can definitely hold its own as it is. Its features include the ability to take selfies as it backs away from you, shoot panoramic images and hover with 10 cm precision. But there’s also a slew of sensors that make it space aware and can really turn it into a smarter robot. Imagine using one of these as some kind of guard that patrols an area! Oh, and of course, you can also control it with your smartphone. So, what’s the damage? Needless to say this thing isn’t exactly cheap. The lowest priced early bird special starts at 599 Euros, and all the spots are gone. As of the time of this publishing, the cheapest you can get one for is 699 Euros. It’s totally worth it if you want to have your own apps and functionality developed, and even casual drone enthusiasts will get more out of this bad boy in the long run.

I just hope developers actually do something with it. That’s really the key to Fleye’s success. Are any of you signing up?