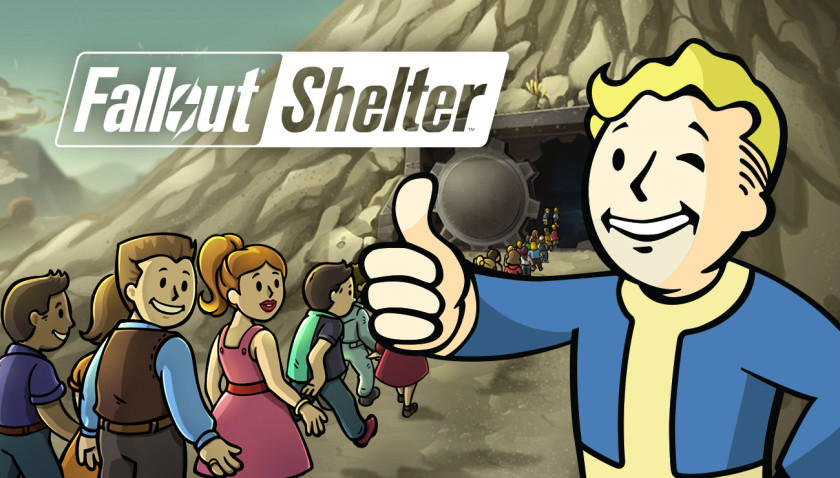 Are you an animal lover? Do you get bored talking to humans? Do you ever have the urge to exile lazy vault workers to a baron wasteland to fend for themselves? If so, you’ll probably enjoy the latest update rolling out to Bethesda’s Fallout Shelter.

In this big update, you’ll have the chance to make your Vault dwellers happier with the addition of pets! Pets will roam around your Vault and increase the overall happiness and productivity levels of your workers. And if your four-legged friends can’t even increase your dwellers’ productivity levels, there’s good news – this update also brings along with it the ability to evict lazy dwellers. Before this update, lazy dwellers weren’t really good for anything. They’d take up vital resources and not give much back. Now you can get rid of them with just a few taps, allowing your Vault to operate at prime efficiency.

This update also brings new pickup lines and conversations to the dwellers, the ability to sell all of your items in a single tap, as well as some new objectives. If you’re interested, here’s the full changelog for this big update:

The update is live now, so head to the Play Store to grab the latest version!

July 5, 2020
Trending
Manage your backup any time, any place with AnyBackup
by AA PartnersJune 26, 2020125 shares
You Might Like
Sony PlayStation 5: Everything you need to know (Update: India launch)
by Ryan HainesJuly 6, 2020288 shares
Save $1,080 on the Dell G7, and more gaming laptop deals
by Ryan HainesJuly 4, 2020122 shares
Best free FPS games for any platform
by Edgar CervantesJuly 2, 20203 shares
Sony PlayStation 5 games: All PS5 game announcements in one place
by Nick FernandezJuly 1, 2020273 shares