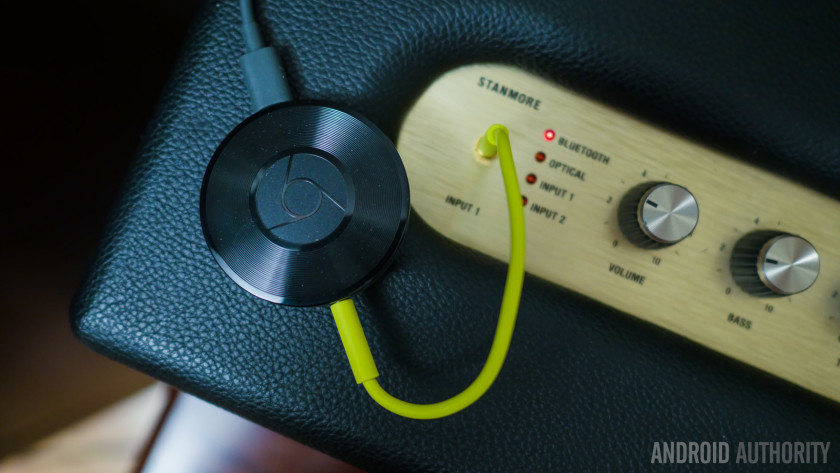 Alongside the second-generation Chromecast, Google introduced the Chromecast Audio – a handy device used to turn your normal speakers into connected audio devices. One of the most interesting features Google announced with Chromecast Audio was that users would have the ability to to link multiple Chromecast Audio devices together, making it easy to play the same song in every room at the same time. Unfortunately the device came to market without this feature, leaving early adopters wondering when the streaming device would get updated. We’re happy to report that your wait is finally over – Google has just announced an update to Chromecast Audio that brings multi-room streaming and a few other nice features to the device.

Setup for multi-room streaming is pretty easy. Just connect and setup a Chromecast Audio device on whichever speakers you’d like, then create a group using the latest version of the Chromecast app. You’ll be able to cast to the group the exact same way you’d cast to a single Chromecast device. Awesome, right?

That’s not all, Chromecast Audio is also gaining Hi-Res audio support, which will bring support for up to 96KHz/24-bit lossless audio playback.

Next: 22 best Chromecast apps for Android

News
Tagged:
Google Chromecast
Google Chromecast
Comments
Read comments
You Might Like
Chromecast with Google TV: Everything you need to know about the streamer
by C. Scott BrownMarch 1, 2021
Can you watch Amazon Prime Video on a Chromecast?
by Ankit BanerjeeFebruary 28, 2021
Chromecast with Google TV will support Apple TV Plus (Update: Rolling out now)
by Jon FingasFebruary 18, 2021
The best media streaming devices you can buy
by DGiTFebruary 14, 2021
Latest
15 best Android emulators for PC and Mac of 2021
by Joe HindyMarch 2, 2021
15 best Android games available right now
by Joe HindyMarch 1, 2021