Asus has released several ZenFone models this year so far, and may be intending to release another: a new model of the ZenFone Zoom, a unique product first announced at CES this past January and then seen again back in September. The smartphone, which features a 3X optical zoom, has now seen a new model number/variant recently pass through China’s telecommunication agency, the TENAA.

As the pictures clearly show, the new device has capacitive buttons on the front, and a giant camera module around the back: This new ZenFone Zoom variant has been given the model number Z00XSB and features a 5.5-inch FHD IPS display. It was certified as having a Quad Core 2.4GHz SoC, 4GB of RAM, 64GB of on-board storage, a 13-megapixel rear camera and a 5-megapixel front camera. MicroSD support is included, as is GSM, TD-SCDMA, TD-LTE, LTE DDD, and both WCDMA and 3G. The device runs Android 5.0, weighs 185 grams, and measures 158.9 × 78.84 × 11.95mm. It will be available in black and white color options.

It remains to be seen exactly when this new variant of the Zoom will be formally announced and/or released. Asus is planning an event in Taiwan early next month to launch the Zoom, but it now seems up-in-the-air as to which model(s) will be present. It’s possible that Asus has simply opted to modify the original specs  –  much like Samsung did with the original Galaxy Note 10.1 –  in the time since its original announcement. 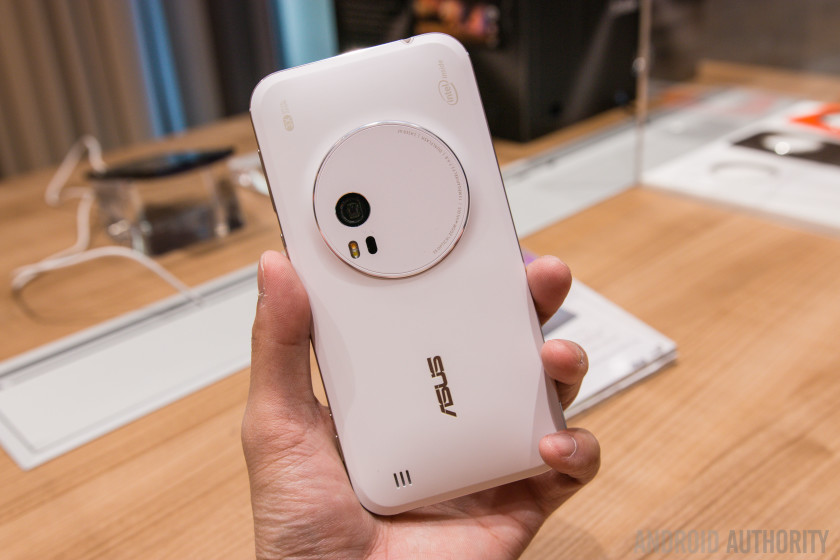 From our hands-on with the previous variant announced.

Alternatively, the model we are seeing today may be just a customary filing with China’s TENAA, similar to how America’s FCC inspects telecommunications products that will not be releasing in the country.

Only time may tell what the future holds in store, but at the very least those who are looking for some more manipulable magnification now have something to look forward to.