A look at Android Auto on the 2016 Chevrolet Cruze

Google unveiled Android Auto way back in 2014 at its annual developer conference, and it took almost a year after its announcement for it to start showing up on the road. Now numerous car manufacturers have adopted Android Auto, and aftermarket head units are also available if you own an older car.

Android Auto isn’t necessarily a new thing, but it’s new to me. I’ve certainly written a lot about the connected car system in the past, though I haven’t gotten a chance to go hands-on with it until recently. I was invited out to Nashville with the folks at Chevrolet to test out the 2016 Cruze. I was able to drive it around the city for a few hours, and I think I’ve gathered my thoughts enough to let you know how I feel about it.

Here’s what it’s like to use Android Auto in the 2016 Chevrolet Cruze. We already know the Cruze comes with Android Auto compatibility, but let’s first talk about some of the things you might not know about this car. Chevrolet calls the 2016 Cruze “the most connected car in its class”, and that’s not actually too far off. The car comes in three models – LS, LT and Premier – and the latter two come with 24 gigabytes of 4G LTE connectivity. On top of the in-car Wi-Fi system you’ll also get 24 months of OnStar guidance, satellite radio and routine maintenance. This connectivity package can also be purchased separately once your 24 month period is up.

Included in all three models is a 7.0-inch touchscreen display, and you can pay a little extra to get an 8.0-inch screen. The 2016 Cruze supports both Android Auto and Apple CarPlay. If you don’t have an Android or iOS device, the car maker has included a new-and-improved version of Chevy MyLink to take care of all your infotainment needs. We’ll talk more on this later. If you’ve never used Android Auto in the past, the first thing you need to do is download the app from the Google Play Store. Once that’s done, just plug in your Android device to the car’s built-in USB port, and the Android Auto app on your phone will launch automatically. Go through the setup process, and you’re ready to drive. For those unaware, Android Auto isn’t an independent system, meaning you need to keep your phone plugged in when you drive. It’s also worth noting that you can’t do anything with your phone when it’s plugged in. All you’ll see is an Android Auto logo, and that’s all. Need to do something important on your phone? You’ll need to unplug it. Don’t get me wrong, I get why this feature exists. You shouldn’t be messing with your phone when you’re driving. Perhaps this speaks to the amount of time I was able to spend with the car, but it was something I needed to get used to when driving around. I had to constantly tell myself not to wake my phone when a text message came in, and instead just let the car handle it. I have no doubt that I would get used to that overtime, but it’s still something worth noting. Android Auto’s main interface is simple. Just like you’d find in Google Now, your most important information is shown in a list of cards. Music, weather and navigation directions are front and center, and the time, phone battery, internet connection and voice search icon can be found at the top-right.

The bottom nav bar gives you quick access to Google Maps, the Phone app, a home button, music and listening apps, and a shortcut that takes you back to Chevy MyLink. These shortcuts took very little getting used to, and I was able to tap them out of the corner of my eye while still looking at the road. That’s what Android Auto is all about, after all. As noted in our full review, you don’t get access to every app that’s installed on your phone. Only those which have been updated with an Android Auto-specific interface will show up in your car. As for multimedia apps, Google Play Music and Pocket Casts were the only apps I could use to listen to music or podcasts. Google has a dedicated page in the Play Store for Android Auto-compatible apps, so you should check that out if you find your Android Auto experience to be a little lacking. It should also be noted that Google has created a standard for the way each media app should look and function. So whether you’re using Pocket Casts, Google Play Music, Pandora, Spotify or anything else, you should have a very similar experience with each one. The phone app is also very easy to use. Your recent calls list appears when you open the app, and if you need access to your voicemail, the dialer, or missed calls list, you can find those in the overflow menu. Again, the point of Android Auto is simplicity, so there aren’t going to be as many options here as you’d find on your phone. What is perhaps a bit overly simple is the way Android Auto handles notifications. I’m a bit torn here – on one hand I like the way Google implemented notifications, though it’s still completely inconvenient if you don’t act fast. Text messages only show up as heads-up notifications. When you click on one, the system will read it aloud. After it’s been read, you can either reply via voice or do nothing. This is the part I like, and the part that mainly separates Android Auto from your mounted phone. There’s no need to put all the text on one screen to distract you from the road. I like the way Google implemented notifications, though it's still completely inconvenient if you don't act fast 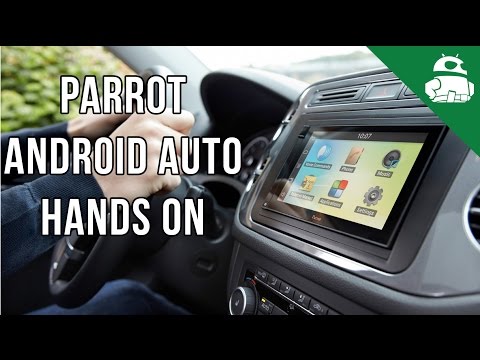 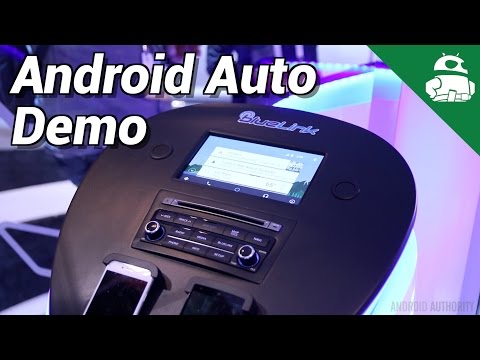 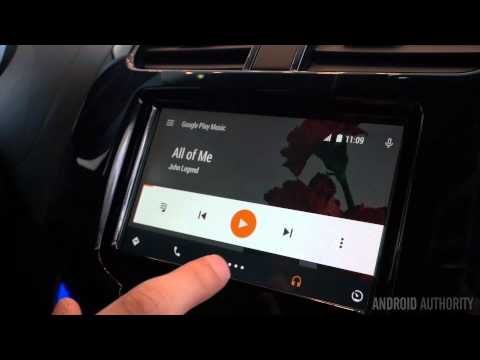 Android Auto Demo at Google I/O...
The problem I have is that there’s no message hub, so if you miss a heads up notification for any particular reason, you’re out of luck and will have to wait until you stop driving to get that message. Perhaps the addition of a message hub would be fine here – not one that shows you the text of your recent messages, but one that houses your recently received messages and will play them if you need to listen again. I know Android Auto’s main goal is to give you access to your mobile device in a safe way when on the road, but I can’t help but think this is an obvious omission. With that said, I’m sure Google has talked internally about adding a message hub and probably has good reasons not to include one.

Much like Android Wear and Android TV, Google doesn’t allow the Android Auto interface to be customized by manufacturers, meaning you’ll have the same exact interface on every AA-equipped car you drive. This makes a lot of sense. Not pointing out Chevrolet in particular, but many infotainment systems out there are pretty ugly and cluttered, so Google locking down the user interface is a positive for everyone. Plus, I really like how the UI looks and feels, and opening that up to other manufacturers would possibly jeopardize the functionality of the system.

That’s where the positives end, though. I have a few qualms with how Android Auto works and how it interacts with the vehicle’s built-in infotainment system. Android Auto acts as a much simpler infotainment interface than what most people are used to. The problem arises when you try to mix Chevy MyLink and Android Auto together. I’d consider myself to be pretty capable of working modern day technology, but I still struggled with a few things. Take for instance, music playback. You get in your car for a short drive, turn on the radio, then turn your car off when you reach your destination. Next time you get in your car, you plug in your phone, activate Android Auto, and the radio is still playing… even after you’ve pressed play on your favorite album in Google Play Music. Where is the music coming from? Since Android Auto doesn’t have built-in radio functionality, that must mean it’s coming from MyLink. So, to turn it off, you’ll need to press the Chevy MyLink shortcut on the bottom nav bar, press the radio button, and either press the source button to switch to Android Auto for music or turn the radio off entirely. You, me, and perhaps other technologically inclined people would be able to solve this problem, but I’m thinking many folks won’t be so able. And that’s just switching between music playback sources. What about mapping applications? The difference between Chevy’s built-in maps app and Google Maps is stark, and I could see someone getting confused by this too. This is where I think Android Auto needs the most work. I’ve already told you I think it’s great that Google is locking down the UI, letting no car makers implement their own interfaces. But it’s too locked down, almost to a fault. There are some simple fixes to the problems I’ve brought up, but Google just needs to give car makers a little more freedom. That switching between radio/Google Play Music problem? Implement a shortcut in the media selection menu of Android Auto so users don’t have to jump out of the OS entirely to get one simple action done. So, instead of only being able to choose between Play Music and Pocket Casts, there should also be a radio shortcut here.

I know Android Auto is still pretty young in its development, and Chevrolet tells me the company has been working closely with Google to make sure drivers are getting the best experience possible. And as far as I’m told, Android Auto will continue to be separated from built-in infotainment systems for the foreseeable future. So is Android Auto something I’d recommend to a friend or family member? Certainly. If you have a Chevrolet vehicle that’s compatible with the March update, or are in the market for a new car entirely, you should look for one with Android Auto compatibility. These vehicles usually aren’t too much more expensive than standard non-connected models. With that said, I wouldn’t go out and buy an aftermarket head unit for $700. If you have something that “just works”, stick with it. Android Auto also “just works”. It does just about everything your current infotainment system can do, just with a more Google-y interface.

Have you used Android Auto? Do you own an Android Auto-compatible vehicle? What are your thoughts? We’d love to hear what you think in the comment section below!